x
"A political Government tries to find the scapegoat when there is pandemic or calamity and the circumstances show that there is probability that these foreigners were chosen to make them scapegoats. The aforesaid circumstances and the latest figures of infection in India show that such action against present petitioners should not have been taken. It is now high time for the concerned to repent about this action taken against the foreigners and to take some positive steps to repair the damage done by such action."

In a strongly-worded judgment, the Bombay High Court on Friday quashed the FIRs filed against a total of 29 foreign nationals who were booked under various provisions of IPC, Epidemic Diseases Act, Maharashtra Police Act, Disaster Management Act and Foreigner's Act for allegedly violating their Tourist Visa conditions by attending the Tablighi Jamaat congregation at Nizamuddin in...

In a strongly-worded judgment, the Bombay High Court on Friday quashed the FIRs filed against a total of 29 foreign nationals who were booked under various provisions of IPC, Epidemic Diseases Act, Maharashtra Police Act, Disaster Management Act and Foreigner's Act for allegedly violating their Tourist Visa conditions by attending the Tablighi Jamaat congregation at Nizamuddin in Delhi.

Apart from the foreign nationals, police also booked six Indian nationals and trustees of the Masjids for giving shelter to the petitioners.

A Division Bench of Justice TV Nalawade and Justice MG Sewlikar of the Aurangabad bench heard the three separate petitions filed by petitioners who belong to countries like Ivory Coast, Ghana, Tanzania, Djibouti, Benin and Indonesia. All the petitioners were booked after police claimed to have received secret information about them residing at the respective masjids in different areas and offering prayers in violation of lockdown orders.

According to the petitioners, they came to India on a valid visa issued by the Government of India and they have come to experience Indian culture, tradition, hospitality and Indian food. It is their contention that on their arrival at the airport, they were screened and tested for Covid-19 virus and only when they were found negative for the virus, they were allowed to leave the airport.

Moreover, they had informed the District Superintendent of Police about their arrival in Ahmednagar district. Due to the lockdown imposed since March 23, vehicular movement was stopped, hotels and lodges were closed and consequently the Masjid had given shelter to them. They were not involved in illegal activity including the breach of order of the District Collector, petitioners argued.

In fact, they contended that even at Markaz, they had observed norms of physical distancing. It is their contention that while being granted a visa, they were not asked to inform local authorities about their visit to those places, but they had informed local officers. Also, under the conditions of visa, there was no prohibition to visit religious places like Masjids, petitioners argued.

On the other hand, the District Superintendent of Police, Ahmednagar, filed a reply contending that the petitioners were found visiting places for preaching Islam religion and so, crimes are registered against them. He also contended that five foreign nationals from three different cases were found infected by the virus. It is contended that after the quarantine period was over all the petitioners were shown to be formally arrested.

The DSP submitted that the District Magistrate had issued prohibitory orders and directions were given to close all public places. However, in spite of prohibitory orders and conditions of visa, the petitioners indulged in Tabligh activity. Moreover, announcements were made at public places to ask the persons who had attended Markaz Masjid to come forward voluntarily for testing them in respect of the virus, but they did not come forward voluntarily and they had created a threat of spreading Covid-19 virus.

After going through the visa conditions that petitioners are governed by, Justice Nalawade, who authored the judgment, noted-

"The aforesaid material produced on the record shows that even under recent updated Manual of Visa, there is no restriction on foreigners for visiting religious places and attending normal religious activities like attending religious discourses. Ordinarily, a tourist is not expected to follow the procedure laid down in para No. 19.8 if he does not want to preach the religious ideologies etc."

APP MM Nerlikar contended that a writ petition is pending before the Supreme Court and in that matter relief is claimed by some similar foreigners to declare that blacklisting of 950 foreigners by the Central Government via decision dated April 2 as unconstitutional and void as due process of law was not followed before making such declaration by the Central Government. Thus, it is not desirable to decide the present proceeding as the Supreme Court is yet to decide the issue. However, Court refused to accept the said contention.

"The material on the record shows that Tabligh Jamamat is not a separate sect of Muslim, but it is only movement for reformation of religion. Every religion has evolved over the years due to reformation as reformation is always necessary due to the changes in the society and the development achieved in the material world. In any case, even from the record, it cannot be inferred that the foreigners were spreading Islam religion by converting persons of other religion to Islam. The record shows that the foreigners were not talking Indian languages like Hindi or Urdu and they were talking languages like Arabian, French etc. In view of the aforesaid discussion, it can be said that the foreigners may have intention to know the ideas of Tabligh Jamamat about the reformation.

The allegations are very vague in nature and from these allegations inference is not possible at any stage that they were spreading Islam religion and there was intention of conversion. It is also not the case that there was an element of persuasion on any point from these foreigners."

A political Government tries to find the scapegoat when there is pandemic or calamity and the circumstances show that there is probability that these foreigners were chosen to make them scapegoats. The aforesaid circumstances and the latest figures of infection in India show that such action against present petitioners should not have been taken. It is now high time for the concerned to repent about this action taken against the foreigners and to take some positive steps to repair the damage done by such action."

"The circumstances of the present matter create a question as to whether we are really acting as per our great tradition and culture. During the situation created by covid-19 pandemic, we need to show more tolerance and we need to be more sensitive towards our guests particularly like the present petitioners. The allegations made show that instead of helping them we lodged them in jails by making allegations that they are responsible for violation of travel documents, they are responsible for spreading of virus etc." 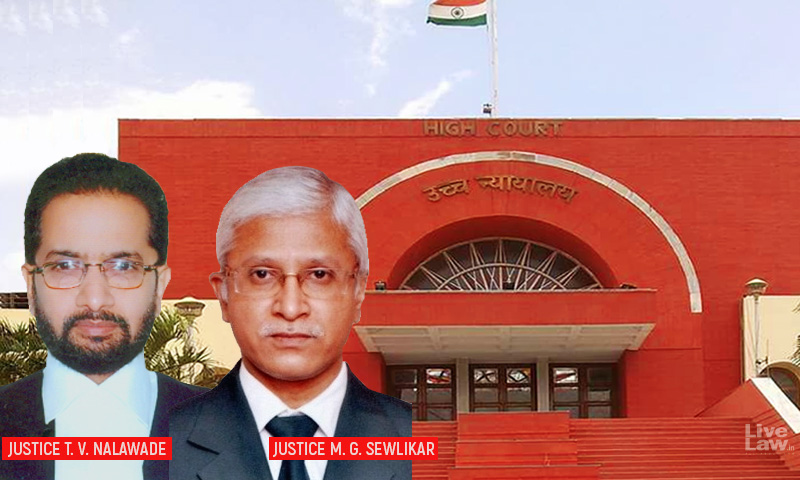 Importantly, the Court referred to CAA and NRC protest all over the country and said-

"There were protests by taking processions, holding Dharna at many places in India from atleast from prior to January 2020. Most of the persons participating in the protest were Muslims. It is their contention that the Citizenship Amendment Act, 2019 is discriminatory against the Muslims. They believe that Indian citizenship will not be granted to Muslim refugees and migrants. They were protesting against National Registration of Citizenship (NRC).

It can be said that due to the present action taken fear was created in the minds of those Muslims. This action indirectly gave warning to Indian Muslims that action in any form and for any thing can be taken against Muslims. It was indicated that even for keeping contact with Muslims of other countries, action will be taken against them. Thus, there is smell of malice to the action taken against these foreigners and Muslim for their alleged activities. The circumstances like malice is important consideration when relief is claimed of quashing of F.I.R. and the case itself."

Thus, the Court concluded that the state government acted under political compulsion and action against the foreign nationals can be inferred as malice. Thus, all petitions were allowed and FIRs were quashed.

Justice Sewlikar concurred with the operative part of the judgment but noted that the State's request to grant a stay cannot be allowed.

Notably, the same bench had in February 2020 quashed Sec 144 orders after observing that ant-CAA protesters cannot be called "anti-nationals or traitors".

In June, the Madras HC had quashed the FIRs against Tablighi Jamaat foreigners after observing that they have "suffered enough" and urged the Centre to consider their request to return to their native places.