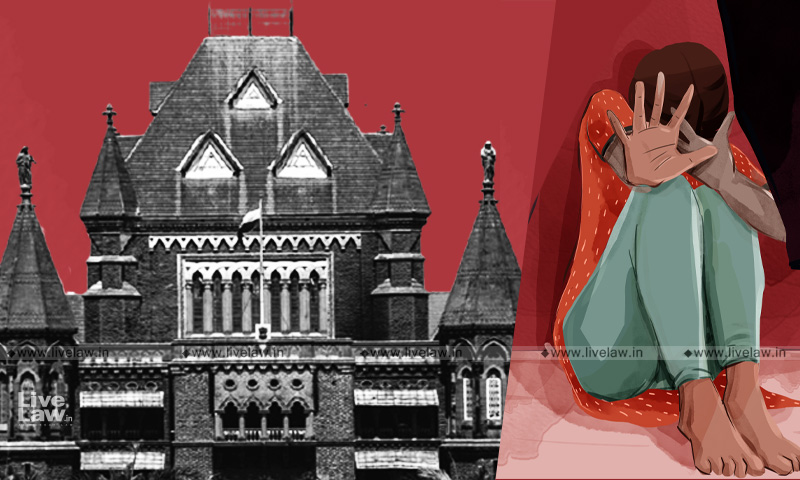 The Bombay High Court recently granted liberty to a woman to undergo medical termination of her pregnancy, who was alleged suffering from domestic violence repeatedly.The Court in its decision noted that the petitioner woman had filed a police complaint against violence meted out to her by her husband, besides lodging complaint before the competent magistrate under the provisions of...

The Bombay High Court recently granted liberty to a woman to undergo medical termination of her pregnancy, who was alleged suffering from domestic violence repeatedly.

The Court in its decision noted that the petitioner woman had filed a police complaint against violence meted out to her by her husband, besides lodging complaint before the competent magistrate under the provisions of the Protection of Women from Domestic Violence Act, 2005.

Justices Ujjal Bhuyan & Madhav J Jamdar further noted that the husband had indicated that he would not share the burden of raising the child and that petitioner was taking steps for dissolution of her marriage by a decree of divorce. Moreover, she was found to have no income of her own.

"In such circumstances and taking an overall view of the matter, we are of the view that declining permission to the petitioner will tantamount to compelling her to continue with her pregnancy which in the circumstances will not only become extremely burdensome and oppressive on her but has the potential to cause grave injury to her mental health", held the Bench.

Case before the Court:

A petition under Article 226 of the Constitution of India was filed seeking permission for medical termination of pregnancy on the ground that the pregnancy was having adverse impact on her mental health on account of continuing domestic violence.

Advocate Aditi Saxena, appearing for the petitioner, relied on a medical report dated June 13, 2021 of the H.B.T. Medical College and Dr. R. N. Cooper General Hospital, Mumbai which recorded the assault on petitioner by her husband causing trauma to her face and abdomen. At that time itself petitioner had indicated her willingness to undergo medical termination of her pregnancy which was then in the 17th week, the Bench was told.

Advocate Saxena also referred to a medical report dated June 19, 2021 of the same institution which also recorded history of the petitioner being subjected to assault by her husband and her willingness for termination of her pregnancy.

She further relied on a the medical boards' report (Court had earlier directed Dean of Sir J. J. Group of Hospitals, Mumbai on July 22, 2021 to constitute a medical board for examination of the petitioner) wherein Dr. Bela Verma, Professor & Head of Department of Pediatrics in her individual opinion had recommended medical termination of pregnancy as continuing with the pregnancy and child birth may jeopardize the mental health of the pregnant woman (petitioner).

Court's attention was also drawn towards section 3(2)(b)(i) of the Medical Termination of Pregnancy Act, 1971 which stated that a pregnancy may be terminated if continuance of the same would involve a risk of grave injury to the physical or mental health of the pregnant woman.

AGP Uma Palsuledesai relied on the same report of the medical board constituted by the Court, where it was submitted that the petitioner had suffered mental distress due to marital discord. It was further opined that petitioner does not suffer from mental illness at present; she was of sound mind and there was no evidence of mental incapacity to raise the child. The board added that distress due to ongoing marital discord could be overcome through marital counselling, which was recommended.

The AGP further argued that explanation 2 to section 3 of the MTP Act denotes that the legislature has clearly indicated as to what would constitute grave injury to the mental health of the pregnant woman. The said provision has to be construed strictly, she argued.

Advocate Purnima Awasthi, for respondent No.2 supported the submissions made by Ms. Palsuledesai. On a query made by the Court she submitted that though the MTP (Amendment) Act, 2021 had been published in the Gazette of India, the same has not yet been notified by the central government and accordingly it has not yet come into force.

The High Court noted that section 2(b) defined 'mentally ill person' to mean a person who was in need of treatment by reason of any mental disorder other than mental retardation.

Furthermore, Sub-section (3) stated that in determining whether continuance of a pregnancy would involve such risk of injury to the health as is mentioned in sub-section (2), account may be taken of the pregnant woman's actual or reasonable foreseeable environment, the Bench noted.

The Court was thus of the view that while examining the expression 'mental health' of a pregnant woman it was also necessary to take note of such woman's actual or reasonable foreseeable environment.

World Health Organization (WHO) has defined 'mental health' as a state of well being in which every individual realizes his or her own potential, can cope with the normal stresses of life, can work productively and fruitfully, and is able to make contribution to his or her community, the Bench noted.

Taking note of the submission of the AGP on strict construing of the provisions, the Court adverted to explanation 1 of Section 3 of MTP Act as per which in a case where pregnancy was alleged by the pregnant woman to have been caused by rape, the anguish caused by such pregnancy shall be presumed to constitute a grave injury to the mental health of the pregnant woman.

Rape is an instance of extreme sexual violence on a woman. Domestic violence is also violence committed on a woman though the degree may be lesser, it was thus noted.

If contraception failure leading to pregnancy can be presumed to constitute grave injury to the mental health of the pregnant woman, can it be said that a pregnant woman suffering from domestic violence would not face grave injury to her mental health if pregnancy is allowed to continue in the face of continuing domestic violence with a grim foreseeable future?

Accordingly, the petitioner was allowed to undergo medical termination of her pregnancy in Dr. R. N. Cooper Hospital, Mumbai without any further loss of time.