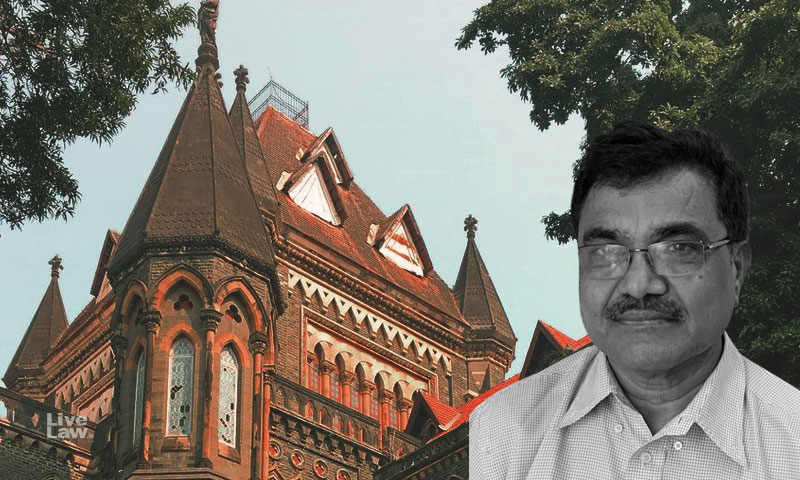 In its detailed order granting bail to Anand Teltumbde on merits, the Bombay High Court said prima facie "it cannot be concluded that Teltumbde has indulged in a terrorist act," in the Bhima Koregaon – Elgaar Parishad Case.

A division bench of Justices AS Gadkari and Milind Jadhav observed that sections 16 (punishment for terrorist act), 18 (punishment for conspiracy), and 20 (Punishment for being member of terrorist gang or organisation) of Unlawful Activities (Prevention) Act were prima facie not made out.

The bench said that "at the highest" at this stage Teltumbde could be charged with being a member of CPI(Maoist), for which the punishment was a maximum period of 10 years in prison.

Significantly, the court said that Section 20 "cannot be interpreted to mean that merely been a member of a terrorist gang would entail such a member for the above punishment. What is important is the terrorist act and what is required for the Court to see is the material before the Court to show that such a person has been involved in or has indulged in a terrorist act. Terrorist act is very widely defined under Section 15. In the present case, seizure of the incriminating material as alluded to hereinabove does not in any manner prima facie leads to draw an inference that, Appellant has committed or indulged in a 'terrorist act' as contemplated under Section 15 of the UAP Act."

The court distinguished Teltumbde's case from his co-accused DU Prof Hany Babu and activist Jyoti Jagtap's case to say that only 5 documents (letters) and 3 key witness statement are used against Teltumbde.

Teltumbde, 73, was arrested by the NIA on April 14, 2020, after he surrendered before the agency following Supreme Court orders. NIA has accused him of being the Convenor of the Elgar Parishad conference held on December 31, 2017, which allegedly led to violence at Bhima Koregaon the following day, resulting in the death of one person. The agency claimed that Teltumbde is an active member of the banned CPI (Maoists) and was "deeply involved in furtherance of its agenda."

Letters Under Realm of Presumption

After analysis, the Bombay High Court noted that prima facie the five letters cited against Anand Teltumbde, allegedly recovered from co-accused Rona Wilson's laptop would fall under the "realm of presumption" which would need "further corroboration."

One such letter was by 'Prakash' to 'Anand.' The court rejected NIA's contention that the letter was enough to invoke section 15 of UAPA and said such contention was "prima facie not acceptable" and "palatable."

In another letter which "exalts the party cadres and calls upon them to organize protests across BJP ruled states," the court observed that the word "brother Anand" is used once and there wasn't clarity if the letter was actually referring to Teltumbde. The court also noted that the document was unsigned and recovered from the laptop of a co-accused.

The Special NIA court while rejecting Teltumbde's bail had said that letters cited against him could not be analyzed as it would amount to a mini trial. However, the HC has said that the "Court must look into the contents of the document and take such document into account as it is."

The High Court observed that these documents were the fulcrum of NIA's case. "NIA has submitted that prima facie reading of these documents reveal that Appellant is an active member of CPI(M) and has been involved in activities to further its ideology to overthrow the state. However, looking at the contents of the documents the aforesaid submission of NIA would fall in realm of presumption according to us which may need further corroboration."

The court noted that the Bhima Koregaon incident resulted in one person's death. However, based on the draft charges and chargesheet "we prima facie find that NIA has not investigated or made any investigation in respect of this aspect," the court said.

While it observed that NIA's case alleged the CPI(Maoist) using the Elgaar Parishad to further a 'larger conspiracy,' the material on record was not adequate to charge him to the sections.

NIA's protected witness had claimed that Teltumbde inspired his late brother Milind, a wanted Maoist leader, to join the movement and shared "banned literature" from his international conferences with him. However, NIA couldn't produce evidence to show Teltumbde had even travelled to the Philippines, Peru or Turkey neither was the banned literature in question that he allegedly brought back (on a memory card drive) a part of the chargesheet. The agency claimed the literature was given to Milind.

Regarding another witness statement, in which he claimed that Teltumbde was aligning the Dalit movement with the CPI(Maoist), the court observed that except for this one line, the witness who allegedly was a CPI(M) divisional secretary said nothing against Teltumbde. At the highest this would only show Teltumbde's affiliation with CPI(Maoist).