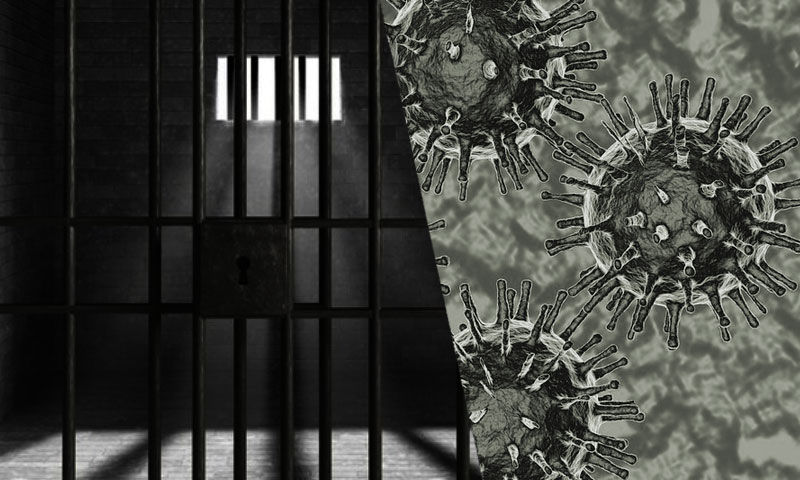 The Bombay High Court has held the Superintendent of Central Prison, Nagpur - Anupkumar M. Kumre - guilty of contempt and sentenced him to seven days' simple imprisonment for selectively denying prisoners emergency parole during the Covid pandemic. "If the Court finds that the Government's (officials) action in rejecting the grant of parole to a prisoner has the effect of suffocating...

The Bombay High Court has held the Superintendent of Central Prison, Nagpur - Anupkumar M. Kumre - guilty of contempt and sentenced him to seven days' simple imprisonment for selectively denying prisoners emergency parole during the Covid pandemic.

"If the Court finds that the Government's (officials) action in rejecting the grant of parole to a prisoner has the effect of suffocating the Articles 14 & 21 of the Constitution of India, in that case, the Court must act to restore the rule of law and respect the residuary fundamental rights of the prisoners," the court observed.

A division bench of Justices VM Deshpande and Amit Borkar refused to accept Kumre's apology, fined him Rs. 5,000 and suspended the sentence for 10 weeks, allowing him to approach the SC for relief.

If others are expected to follow court orders, those deciding the rights of prisoners cannot be allowed to violate it, the court said.

The superintendent had denied 35 poor prisoners their residual fundamental right of emergency parole, most of whom could not afford to challenge the denial. On the other hand, six ineligible prisoners were released on emergency parole.

"The purpose of releasing a prisoner on parole or furlough is to reform him.. to give an opportunity to the prisoner to mix up with the members of his family and the Society so that he may feel that he is also a member of the Society," therefore refusal of parole must be based on definite reasons, the bench said, adding that absence of arbitrary power is an essential ingredient of the constitution.

The Superintendent had intentionally breached a binding precedent of the court in Milind Ashok Patil and Ors vs State of Maharashtra 41 times. In the judgement the court held that that a prisoner was entitled to be released on emergency parole even if he was not released on parole twice earlier.

So long as whenever he was released, he surrendered in time.

Prisoner Hanuman Pendam approached the HC against Kumre's denial of emergency parole. Kumre initially claimed that Pendam's request was rejected due to his failure to surrender when released earlier, only to make a U-turn a couple of days later to say that inmate was sent for a covid-test.

Advocate FT Mirza was appointed as amicus curiae after the court was informed that several ineligible prison inmates were granted emergency parole.

After seeking complete details, the bench found several anomalies in the affidavits filed by Kumre. One prisoner's name was found in both lists of surrendering and not surrendering in time.

Finally, on October 8, 2021 the bench issued a notice of suo motu contempt under Rule 9(1) of the Contempt of the Courts (Bombay High Court) Rules, 1994. Meanwhile the bench received a letter saying that Kumre hadn't even informed prisoners that they were entitled to emergency parole.

A court ordered enquiry by the DCP of Crime Branch (Nagpur), found that the emergency parole leaves of 35 eligible inmates were rejected while parole was granted to six ineligible prisoners.

The bench observed that its real concern was the selective application of binding precedent of the court affecting the liberty of the prisoners and subversion of the rule of law.

It noted that when a decision of the HC "concludes a point, all Sub-ordinate Authorities within the territory of this State and subject to the supervisory jurisdiction of this Court are bound by it and must scrupulously follow the said decision in letter and spirit."

"Selective compliance of binding precedent (Milind Ashok Patil and Ors vs State of Maharashtra) not only has the adverse effect on rights of poor prisoners and affects the faith of prisoners in the administration of justice but also lowers the dignity of the Court by conveying that binding precedents of this Court can be selectively circumvented so as to frustrate the very object of such law of precedent, thereby undermining the dignity of the Court."

Why Apology cannot be accepted

The court said that accepting the apology would set a bad precedent and encourage such a practice in the future. "Tendering an apology is not an iron-cast rule of dropping contempt proceedings."

Moreover, an apology should be tendered at the initial stage of the proceedings which would be accepted provided the contemptuous act has not made a scar on the dignity of the court, has not interfered with the administration of justice and is "bonafide and sincere."

"Where a person had persistently disregarded the Authority of the Court and has continued with his illegal act in violation of the binding precedent of this Court, in the facts of the case, it will be difficult for this Court to accept even unconditional apology even if made in the inception of the proceedings."

"Simultaneous tendering of a justification and apology would be inconsistent with the concept of an apology. It is expected of a person tendering an unqualified apology not to render justification for the contemptuous conduct. Normally tendering of an apology is an act of remorse to purge the guilt of offence by the Contemnor. It cannot be permitted to be used as a universal formula to frustrate the action under the Contempt of Courts Act, particularly in cases where a person's liberty is affected by selective application of the rule of law."