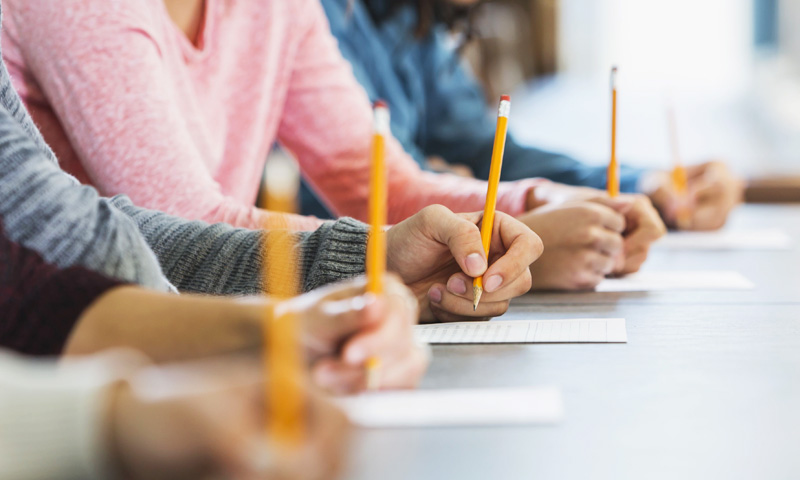 The Bombay High Court has directed the Maharashtra Government to consider a law student's representation seeking uniformity in the method and pattern of examination for undergraduate students in all universities across the State.

The court further held that the State should consider the issue as the petitioners were seeking to enforce a decision taken in the meeting between the Minister of Higher and Technical Education, Maharashtra and Vice-Chancellors of all state Universities on April 25, 2022.

Advocate Uday Warunjikar for the petitioners submitted that a comprehensive representation was pending before the Principal Secretary and State Minister. Suggestions given in the writ petition would benefit all students and are required to be considered by the Universities as well as the State, Warunjikar argued.

The respondents argued that examinations had commenced in various colleges, to which the petitioners said that the state's direction can be considered where examinations are yet to be held.

"We therefore direct the Respondent No.2 - Director, Higher Education Department, Mantralaya, Mumbai to hear the Petitioners on their representation dated 23.05.2022 filed by them and after giving them a personal hearing communicate a reasoned and speaking response to the Petitioners on the same and place the details before the concerned authorities."

The petition was accordingly disposed off leaving contentions of all parties open.

The petitioners had sought a writ of mandamus to follow one single examination pattern and mode of examination and final reliefs of declaration of results in time.

It further said that "MCQ cannot be compared with descriptive question paper patterns. Students passed through MCQ examination will be compelled to compete with students passing through the descriptive method of examination… there will be arbitrariness, unreasonableness and discrimination."

The petitioners had claimed that the University of Mumbai itself is holding its examinations through both offline and online methods depending on the course. And only three universities, Gondwana University, Rashtrasant Tukadoji Maharaj Nagpur University, Kavayitri Bahinabai Chaudhri North Maharashtra University, and Jalgaon are following the State's decision of conducting the university examinations offline, through the MCQ methods.

Most other Universities are holding offline descriptive examinations.

Moreover, students who wished to apply to other courses outside the State or country do so between June to August. But if the examinations are conducted late and the results come in even later, it would dampen the student's prospects of getting admission in their desired courses, according to the petition, the plea states while seeking timely results.

Case Title: Balusha Santosh Bhasal and Anr. Versus State of Maharashtra and Ors