In Absence Of Any Resistance Or Alarm It Cannot Be Said Victim Was Kidnapped: Calcutta High Court Acquits Two 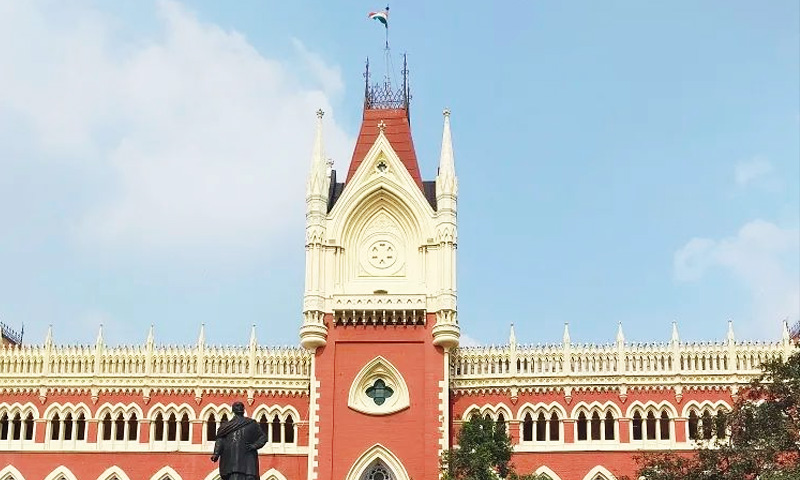 On Monday, the Calcutta High Court acquitted two persons accused kidnapping with an intention to marry on the grounds of doubt regarding victim girl's age, inconsistency in the narrations made by victim along with delay in lodging the FIR.

The bench of Justice Sugato Majumdar also took note of victim's failure to raise hue cry, which raised suspicion as to the prosecution's story. "She is a grown up girl. She did not raise any hue and cry or ask for rescue to any person of the bus including the conductor."

The court was hearing an appeal against judgment of conviction under Sections 363, 365 and 366 of IPC.

It was also complained that the second accused with five to seven persons had been loitering about the residence of the victim frequently in motor cycles and had been threatening the victim girl along with her family members and abusing them using filthy language.

The Appellants' defense was false implication as in statements of Appellant No. 2 under section 313 of CrPC, he stated that he had love affairs with the victim but the parents of the victim were not willing to accept him. He further stated that his wages were due and payable by the father of the victim. For all these reasons he was falsely implicated.

Advocate Himangsu Dey appearing for the appellant argued, relying on State of Karnataka vs Sureshbabu and Shyam vs State of Maharashtra, that neither the victim nor her parents deposed to the effect that she was minor at the time of commission of the alleged offence and considering the same, the order of trial court convicting the accused persons under section 363 of the Indian Penal Code suffers from serious infirmity. He further contended that the one month of unexplained delay in lodging the FIR makes the prosecution case suspicious. He also contended that in course of examination of the Appellants, the prosecution in trial court, failed to place any incriminating material.

Advocate Sreyashee Biswas, appearing for the State though accepted candidly that the prosecution evidences suffers from contradictions, contended that the delay was sufficiently explained before the court and failure to put the incriminating materials before the accused persons does not, ipso facto, vitiates the trial.

While deciding the matter, the Court firstly put out that it is neither in the written complaint nor in the deposition of the victim or her parents nor in the statement of the victim recorded under section 164 of CrPC that she was minor at the material point of time. Even the Admit card that was seized by the Investigating Officer in terms of the seizure list was returned to the father of the victim under one zimmanama without being adduced in evidence. As Seizure list and zimmanama is neither primary evidence nor secondary evidence so far as date of birth of the victim was concerned, the court affirmed to the appellant's reliance on State of Karnataka vs Sureshbabu whereas it was held that by the Apex Court when the age is in doubt, then the question of taking the victim away from lawful guardianship does not arise.

The single judge also noted inherent contradictions in the statements of the victim as she interchanged the person who forced her to sit on the motorcycle in written complaint and in examination-in-chief. She also said in her statement recorded under section 164 of CrPC that she was forced to inhale some perfume after which she became senseless which was omitted in the previous versions. This also contradicts the version of the prosecution's case where it was stated that a few people heard hue and cry during this incident.

The victim girl also narrated that after forcefully taking her, the second accused took her to highway wherefrom she was taken by a bus to unknown destination. Under such situation the High Court relied upon Shyam vs State of Maharashtra wherein the victim was alleged to be kidnapped by bicycle and the Supreme Court of India observed that in absence of any resistance or alarm to protect her or asking for help, it cannot be said that she was kidnapped. Rather, she was a willing participant.

Regarding the contention of the delayed FIR, the Court relied on Thulia Kali vs State of Tamil Nadu wherein it was noted that delay in lodging the first information report quite often results in embellishment which is a creature of afterthought. On account of delay, the report not only gets bereft of the advantage of spontaneity, danger creeps in of the introduction of coloured version, exaggerated account or concocted story as a result of deliberation and consultation. However, whether the delay is so long as to throw a cloud of suspicion on the seeds of the prosecution case must depend upon a variety of factors which would vary from case to case. Therefore, even a long delay in filing report of an occurrence can be condoned if the witnesses on whose evidence the prosecution relies have no motive for implicating the accused. On the other hand, prompt filing of the report is not an unmistakable guarantee of the truthfulness of the version of the prosecution. In the instant case, the reason of delay though was given, the Court held that the explanation given was not corroborated.

In conclusion, the Court while setting aside the charges remarked:

"Evidences adduced on behalf of the prosecution suffer from serious contradictions, incongruous and inconsistencies which the Trial Court failed to take notice. There was a flawed appreciation of evidence on the part of the Trial Court. Therefore, the findings demands interference of this Court and are liable to be set aside."