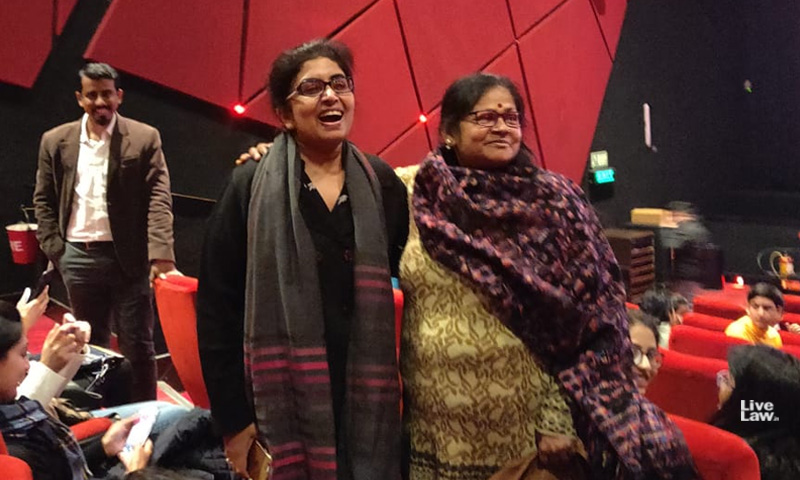 The Delhi High Court has directed the makers of the movie Chhapaak to give credits to Aparna Bhat, a lawyer who represented acid attack survivor Lakshmi Aggarwal in her legal battle before various courts. While noting that Bhat has made substantial contribution to the script and was promised an acknowledgment for the same, Justice Prathiba M Singh has directed for the following line to be...

The Delhi High Court has directed the makers of the movie Chhapaak to give credits to Aparna Bhat, a lawyer who represented acid attack survivor Lakshmi Aggarwal in her legal battle before various courts.

While noting that Bhat has made substantial contribution to the script and was promised an acknowledgment for the same, Justice Prathiba M Singh has directed for the following line to be added in the opening credits of the film:

"Inputs by Ms. Aparna Bhat, the lawyer who represented Laxmi Agarwal are acknowledged."

In the present case, the court had to rule upon the following issues:

a. Whether Bhat can claim acknowledgement for her contribution in absence of an explicit contract of service between her and the filmmakers.

b. Whether Bhat is entitled to acknowledgement under the doctrine of promissory estoppel?.

c. Whether giving credits to Bhat would amount to violation of Rule 36 of Bar Council Rules which prohibit advocates from soliciting work.

While going through the set of emails exchanged between Meghna Gulzar and Aparna Bhat, the court observed that the former had clearly acknowledged the fact that the latter has contributed to the making of the film. The same is also supported by the fact that the script contains portions that were edited by Bhat.

Even in the last email sent by Gulzar on January 8 2020, acknowledges the contribution made by Bhat in the film.

It is also observed that both Gulzar and Bhat were in continuous communication with each other, which is evident from their WhatsApp exchanges.

Even though the court agreed that there was no explicit contract of service between the two parties, the doctrine of promissory estoppel was accepted as being applicable to the facts of the present case. It was noted:

'The letters, e-mails and WhatsApp messages show that an expectation was created in the Plaintiff's mind that her inputs and contribution in the making of the film would be adequately acknowledged'.

The court sided with the arguments made by Senior Counsel Sanjay Parikh, who appeared for Aparna Bhat, after noting that the substantial part of the film traces the legal battle of the acid attack survivor. Further, these courtroom depictions could not have been authentically portrayed without the intricate contributions made by Bhat.

Despite the absence of an explicit contract, the court opined that Bhat is entitled for acknowledgment in the film by saying that:

'In the absence of a contract and payment of consideration, her efforts, skill and labour cannot vest with the producer completely gratuitously. She at least has a right to be recognized and acknowledged, to which the Producer/Director had willingly agreed since the beginning of the project'.

Therefore, it was noted, the complete absence of any mention of the Plaintiff's name anywhere in the beginning or in the end credits would constitute reneging from the promise made to Bhat by Gulzar.

The court also relied upon the judgment of the Delhi High Court in Neha Bhasin v Anand Raaj Anand & Anr. (2006) 132 DLT 196 which held that right of paternity is an integral part of the moral rights of a person who makes any contribution.

Reliance is also placed on the judgment of the Supreme Court in Suresh Jindal v Rizsoli Corriere Della Sera Prodzioni T.V. Spa and Others 1991 Supp (2) SCC 3, wherein the facts involved were similar to the present case. The apex court had held that:

'there is no doubt in our minds that, whether there was a concluded contract as claimed by the appellant or not, the appellant did play some part in making the film possible and that the respondents are acting unreasonably in denying him the benefit of the limited acknowledgment he is entitled to have'.

Therefore, in light of the above-mentioned judgements, Justice Prathiba Singh held that the imminent release of the film tilted the scale in favour of the Plaintiff for grant of interim relief, inasmuch as if the film was released without the acknowledgment given to the Plaintiff, and by the time the trial of the suit is concluded, the reliefs pleaded in the suit may themselves become infructuous, as the Plaintiff did not expect any monetary compensation for her role in the film.

However, it was also noted that the text of the acknowledgement, which has been directed by the Trial Court is extremely broad, and in fact may not be appropriate considering that the Plaintiff is a practicing lawyer.

Although, this should not deprive the Plaintiff from having her role recognized in the making of the film. There are various other professionals who have already been acknowledged in the credits of the film.

The court believes that it's an established fact that not merely provided all help in terms of the history of the criminal trial, the proceedings emanating therefrom, and the public litigation which was filed but also provided documents, explained the nuances of litigation processes and corrected and modified the script

The court further gave the following directions to the makers of the film:

a. The Defendants are restrained from releasing the film 'CHHAPAAK' on any electronic medium/s such as cable television, home viewing, DTH platforms, internet entertainment or streaming services, etc., without acknowledging the name of the Plaintiff, in the opening credits of the film

b. Insofar as the further theatrical exhibition is concerned, since the film has already been released on 10th January 2020 both internationally and in India, in order to ensure that there is no disruption in the screening, it is directed that the film shall not be exhibited in theatres with effect from 15th January 2020 without the above credit being added to the digital copies of the film's opening credit slides.

c. Since this Court has modified the order passed by the trial court, the contempt application stated to have been filed by the Plaintiff, shall not be pressed.