Court Not Supposed To Force Parties To Engage In Mediation Where Marriage Has Irretrievably Broken Down: Allahabad High Court 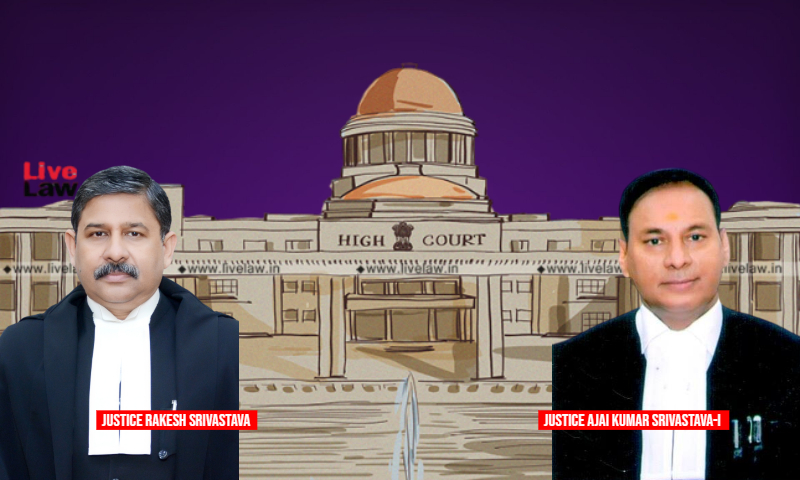 The Allahabad High Court (Lucknow Bench) has observed that the Court is not supposed to act in a mechanical manner, and force the parties to engage in mediation where the marriage has irretrievably broken down.

The Bench of Justice Rakesh Srivastava and Justice Ajai Kumar Srivastava-I further stressed that reference of the parties to mediation is not compulsorily required where the facts and circumstances of the case showcase that no purpose would be served out of such reference.

The Court made these observations in light of Section 9 of the Family Courts Act which casts a duty upon the Family Court to make efforts for settlement. The Court opined that the endeavor to get the matter settled is compulsory, but the reference to mediation by the Family Court itself is not.

Essentially, the Court was dealing with an appeal filed by one Anamika Srivastava (wife) under Section 19 of the Family Courts Act, 1984 challenging an order passed by the Family Court (Principal Judge, Family Court, Barabanki).

The family court had rejected the prayer made by her and the Respondent (husband) to waive the minimum period of six months stipulated under Section 13-B(2) of the Hindu Marriage Act, 1955 [Divorce by mutual consent] for a motion for passing a decree of divorce on the basis of mutual consent.

Before the Family court, the parties had stated that they are living separately for more than ten years; that before the Mediation Centre, the parties had, freely, on their own accord, without any coercion or pressure, arrived at a joint settlement. In the circumstances, six month waiting period be waived and a decree of divorce be passed forthwith.

However, their application was rejected by the Family Court on the ground that in terms of its order, the parties had not appeared before the mediation centre and, as such, there was no good ground to waive the statutory period of six months.

It may be noted that Section 13-B(2) of the Hindu Marriage Act provides for a cooling period of six months from the date of filing of the divorce petition under Section 13-B(1), in case the parties should change their mind and resolve their differences.

After six months if the parties still wish to go ahead with the divorce, and make a motion, the Court has to grant a decree of divorce declaring the marriage dissolved with effect from the date of the decree, after making such inquiries as it considers fit.

However, in the instant case, the parties wanted the court waives the 6 months waiting period as their marriage had irretrievably broken down.

The Court noted that the discretion to waive statutory period of six months is a guided discretion for consideration of the interest of justice where there is no chance of reconciliation and the parties were already separated for a longer period or contesting proceedings for a period longer than the period mentioned in Section 13-B(2) of the Act.

However, the Court added, the Court is not supposed to act in a mechanical manner, and force the parties to engage in mediation where the marriage has irretrievably broken down.

Against this backdrop, taking into account the facts of the instant case, the Court, allowed the appeal as it remarked thus:

"In the case at hand both the parties are well educated. Admittedly, the parties lived together only for three months and after which they have separated on account of irreparable differences. The parties have lived apart for more than eleven years. The parties have appeared before the Mediation and Conciliation Centre of this Court and have settled their dispute amicably. The parties are unwilling to live together as husband and wife. Even after eleven years of separation the parties still want to go for divorce. Considering that the parties had already engaged in mediation before the Mediation Centre of this Court, and had failed to reconcile, no purpose would be served by subjecting the parties to the same process again, especially when they have been living apart for several years, and the marriage has irretrievably broken down. No useful purpose would be served in keeping the petition pending except to prolong their agony"

Consequently, the statutory waiting period of six months under Section 13-B(2) of the Act was waived by the High court.