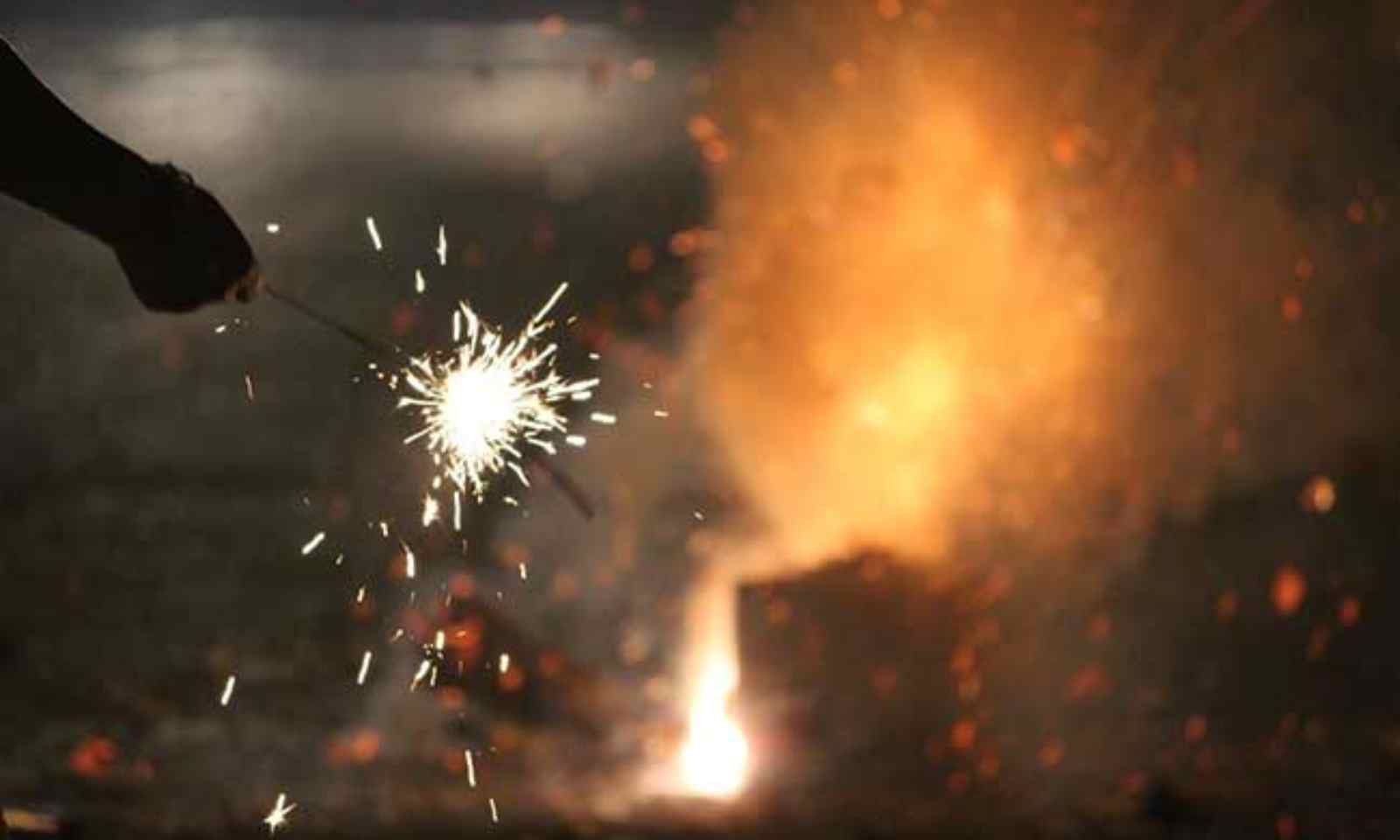 The Karnataka High Court on Friday directed the state government to within three months decide on the prayers made in two petitions, seeking a complete ban on use of firecrackers within the state of Karnataka. A division bench of Justice B V Nagarathna and Justice M G Uma, gave the direction while disposing off the petitions filed by Dr.CA S Vishnu Bharath and an NGO...

Subscription starts from
₹ 599+GST
(For 6 Months)
View Plans
Premium account gives you:
Subscribe Now
Already a subscriber?
Login
The Karnataka High Court on Friday directed the state government to within three months decide on the prayers made in two petitions, seeking a complete ban on use of firecrackers within the state of Karnataka.

A division bench of Justice B V Nagarathna and Justice M G Uma, gave the direction while disposing off the petitions filed by Dr.CA S Vishnu Bharath and an NGO named 'Samatpana'.

In its order the bench said :

"On a conjoint reading of Articles, 21, 48A, and 51-A (g), of the constitution, it emerges that Right to pollution free environment, including freedom from noise pollution, as envisaged in Article 21, is not just a mandate issued to the state but in the context of Article 48A when read conjointly with article 51- A (g), it becomes the duty of every citizens of this county to ensure that there is pollution free environment in the context of this case, freedom from noise pollution."

"But the time has now come to view this aspect not from the point of view of culture and tradition but placing more importance on Environment and Fundamental Rights, Directive Principles and fundamental duty which has been envisaged by the constitution, not just only on the state but on every citizen to protect environment which conversely also means not to cause any harm to the environment, by any action which would have adverse impact on the Right to life of other citizens."

The bench heavily relied on the Supreme Court judgment in the case of Re:Noise Pollution (2005). In that case the apex court was dealing with the day to day life in India relatable to noise pollution. It also placed emphasis on Article 51-A (g) and said "Article 51 (A) (g) is a fundamental duty which has to be complied by every citizen, particularly in the context of ensuring that citizens are not responsible for causing noise pollution. It is not only in the context of only bursting firecrackers, generally the lifestyle of citizens must be such that there is least contribution to the noise pollution in the environment."

The court expressed that many citizens think that causing noise is an expression of their feelings of happiness or even sadness. Noise pollution is caused not just in playing loud music or from radio or TV or booms but on the roads on account of blaring horns from motor vehicles, including noise emanating from those devices which are inserted in Motor vehicles, which are intended to make a sound while reversing etc. Noise pollution caused in places of worship on account of use of amplifiers and loudspeakers, marriage halls, political gatherings, party meetings, public rallies, are sources of great health hazard on citizens.

The court said "This court is of the opinion that every citizen should abide by the Fundamental duty. To ensure that there is no noise pollution caused in the environment that the citizen may reside or move about, particularly from fire crackers."

The bench referred to directions issued by Supreme court from time to time in the case of (Arjun Gopal vs Union Of India), in the matter of pollution caused by firecrackers. Further, it relied on directions issued by National Green Tribunal and interim orders passed by High Court in regards to use of firecrackers and the adverse effect of use of firecrackers on those who are susceptible to Covid-19 and those who may have also become susceptible to other kind of diseases like SARS, bronchitis etc.

It said "Covid-19 pandemic which has engulfed the world over resulting in lockdown and gradual opening of economy and educational institutions, must be a pointer to all of us to ensure that ultimately the health of citizens of a country would reflect on the standard of the country."

It added "By this way we are not in any way demeaning economic development or educational standards being enhanced. But all that will be of no consequence if the health of the citizens is poor, degrading or deteriorating."

The court also noted that the Supreme court has also considered the issue of use of fire crackers in context of Article 25 of the constitution. It adverted to Article 19 (1) G of constitution as those stakeholders who are engaged in manufacture, sale trade and commerce of firecrackers, being adversely impacted by the directions issued by SC, this courts and NGT. It said "But ultimately we find that the befitting interest of various stakeholders in the context of sale and use of firecrackers must lean in favor of the health of citizens of this country, rather than on celebration or expression of grief through bursting of firecrackers."

The court opined that "The seriousness in which these prayers are sought by the petitioner must be realised by the state. Ultimately we find it is a matter of political/executive will of the state to take a bold decision in the matter, keeping in mind health and safety of the environment and the citizens."

The court concluded by saying "Exercising jurisdiction under Article 226 of the constitution it is not proper for this court to take a decision, which ultimately will have to be taken by the state. This court cannot substitute what the state intends to do. But the whole object and purpose of passing this lengthy order, is only to impress upon the state as to the correct decision they will have to take in the matter. We say no more except directing the respondent state to consider the prayers made in the petition and take a decision in the matter. Namely complete ban on use of firecrackers within the state of Karnataka within a matter of three months".