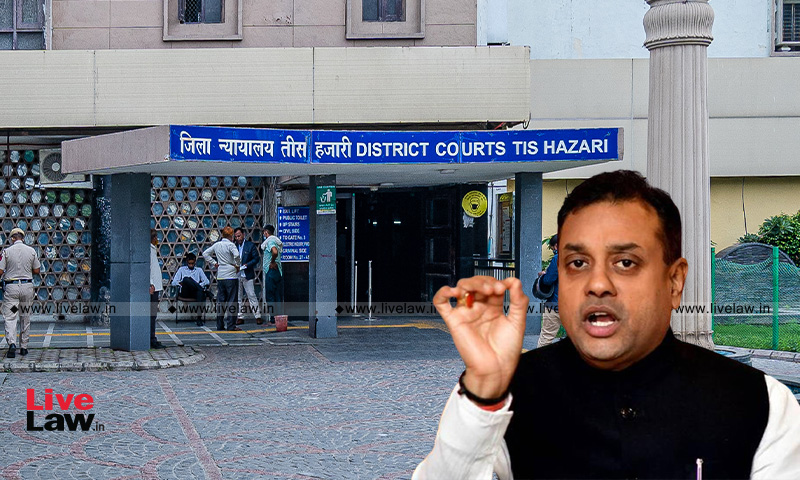 A Delhi Court on Tuesday ordered registration of FIR on a complaint filed against BJP Spokesperson Sambit Patra for allegedly publishing a fabricated video of Chief Minister Arvind Kejriwal on social media.

Metropolitan Magistrate Rishabh Kapoor passed the order in a complaint case filed by Atishi, belonging to the Aam Aadmi Party alleging that the video was published on Patra's twitter handle with an intent to cause provocation against the Chief Minister Kejriwal amongst the Farmers who repose strong faith in him.

It was the complainant's case that on 30.01.2021, Patra had released and published an allegedly forged and fabricated video on twitter purporting to show that the Chief Minister Arvind Kejriwal was speaking in support of the Farm Laws.

It was also stated that the alleged doctored video published on social media platform had also maligned Kejriwal's reputation.

"The above discussed facts clearly reveal that the impugned video was manipulated/doctored in such a way to give it a color as if Mr. Kejriwal was endorsing his support in favour of the farm laws. The fact that the impugned video was published on the twitter handle of proposed accused with the caption "teeno farm bills ke laabh ginate hue... Sir jee", prima facie proves that same was circulated on twitter with no intention but to cause the protesting farmers to believe that Mr. Kejriwal is supporting the farm laws, which may have perpetuated the state of outrage with the protesting farmers and may have resulted in rioting like situation across the nation," the order reads.

The Court was also of the view that the ATR filed by the police clearly revealed that the impugned video clip was within the category of manipulated media marked by the twitter.

"If the impugned video clip was a manipulated media, the circumstances under which the proposed accused has published the same on his twitter handle has not been probed into by the police. Besides, the police has also not conducted any probe to find out whether the impugned video clip was already available in public domain by associating twitter during the inquiry, so as to rule out the fabrication/ alteration of the same at the behest of proposed accused," the judge added.

Perusing both the impugned as well as the original video on record, the judge made the following observations:

- In the original video which is 40 minutes 52 seconds long clip, it can be seen at 6:24 minutes that Mr. Kejriwal was replying to the question of the journalist by quoting that in the speeches given by leaders of BJP in support of farm laws, it was stated that due to operation of said laws, the farmers will not lose their lands, the minimum support price assured to them will not be lost, the mandi system will not over turn, the farmers can sell their harvest anywhere in the country and will get good price for the same even with the option of selling it outside the mandies. In this video itself, at the end of each sentence itself, Mr. Kejriwal can be seen saying that the above quoted benefits of the farm laws were already in existence even prior to the operation of said laws.

- Again at 09:47 minutes of the video, Mr. Kejriwal can be seen to have been responding to the questions raised by the journalist regarding the solutions proposed by the farmers and in this context, he can be seen to have been speaking in support of MSP measures. Mr. Kejriwal can be clearly seen saying that if MSP comes into operation, it would be the most revolutionary law made in past 70 years.

- In the impugned video clip running in 18 seconds, it can be clearly seen that the above stances quoted by Mr. Kejriwal in the original video, were placed and doctored in such a way to give them a color as if he was speaking in support of farm laws.

In March this year, the Court had directed the Delhi Police to file an action taken report on the following aspects:

1. Whether any complaint has been filed by the complainant before the police?

2. If, any complaint has been filed, what action has been taken by the police on same?

4. Whether commission of any cognizable offence was found during the inquiry?

5. If, commission of any cognizable offence was found, whether any FIR has been registered by the police?