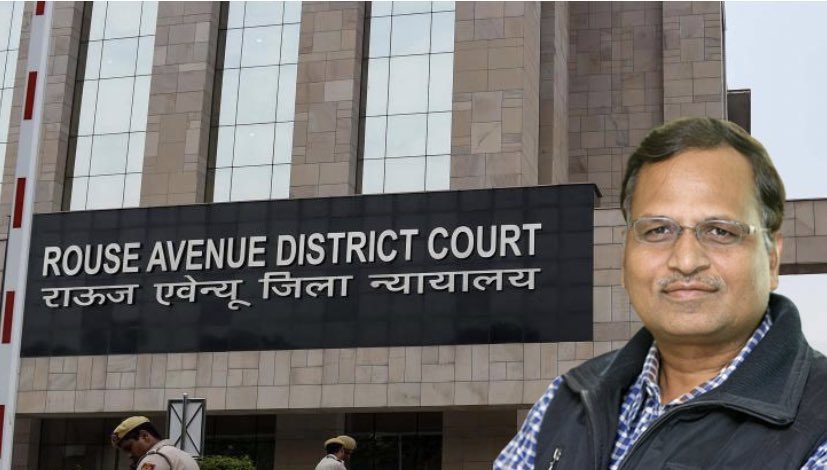 The court had reserved the order on November 11.

"It has prima facie come on record that applicant/accused Satyendar Kumar Jain was actually involved in concealing the proceeds of crime by giving cash to the Kolkata based entry operators and thereafter, bringing the cash into three companies namely, M/s.Manglayatan Developers/Projects Pvt.Ltd., M/s. Akinchan Developers Pvt.Ltd. and M/s.Paryas Infosolutions Pvt.Ltd. against the sale of shares to show that income of these three companies was untainted one," said the court in its order.

The judge said by this process, the proceeds of crime to the tune of one-third of Rs.4.61 Crore has been laundered.

"Apart from that, applicant/accused Satyendar Kumar Jain has also used the same modus operandi to convert his proceeds of crime of Rs.15,00,000/- by receiving accommodation entries from Kolkata based entry operators in his company by the name of M/s.J.J.Ideal Estate Pvt. Ltd," he added.

The court further said that Jain had knowingly done such activity to obliterate the tracing of the source of ill-gotten money and accordingly, the proceeds of crime was layered through Kolkata based entry operators in a way that its source was difficult to decipher.

"Hence, applicant/accused Satyendar Kumar Jain has prima facie indulged in the offence of money laundering of more than Rs.1 Crore," said the court.

The Special Judge also observed that Supreme Court of India has held that "the economic offences have deep rooted conspiracies and involve huge loss of public funds need to be viewed seriously and considered as grave offences affecting the economy of the country as a whole and thereby posing serious threat to the financial health of the country."

The special judge further said that the cash which was provided by Satyender Kumar Jain was proceeds of crime as it was generated by committing a scheduled offence under section 13(1)(e) of PC Act.

"Therefore, it cannot be said that cash provided by applicant/accused Satyendar Kumar Jain was generated by legal means and hence, obtaining accommodation entries with regard to same was a mere tax violation. The act of concealing the said proceeds of crime by applicant/accused Satyendar Kumar Jain and other co-accused persons by bringing the amount back into the aforementioned three companies through Kolkata based entry operators and thereafter, buying back the shares from Kolkata based entry operators, in the name of co-accused Vaibhav Jain and Ankush Jain, is nothing but money laundering," the court said.

It added that the very fact that the amount brought in the four companies was required to be shared by all the shareholders including Satyendar Jain and his family showed that the entire amount paid in cash for accommodation entries was not of co-accused Vaibhav Jain and Ankush Jain but was also of Satyendar Jain.

The court also observed that Satyendar Jain being not a Director or a shareholder in the three companies or not getting any benefit in the form of shares, was of no consequence. It observed that the part source of funds which had come in the account of the companies were proceeds of crime and that the minister was indirectly enjoying the same through the two co-accused.

The judge further observed that whether Jain was the beneficial owner of the companies or not or was there any shareholding in the said companies, was not germane for calculating the proceeds of crime or for finding out his involvement in the offence of money laundering.

"The amount lying in the accounts of these three companies was in fact the amount belonging to the applicant/accused Satyendar Kumar Jain and two other co-accused persons namely, Vaibhav Jain and Ankush Jain. The cash which was provided by the applicant/accused Satyendar Kumar Jain and other two co- accused persons was to the tune of Rs.4.61 Crore during the check period," the court said.

After the Principal District & Sessions Judge Vinay Kumar Gupta allowed ED's transfer application, Jain challenged the decision in the Delhi High Court. However, his plea was dismissed in September with the observation that the apprehension of ED was not flimsy or unreasonable.

Jain was arrested by the Enforcement Directorate on May 30 and is currently under judicial custody.

ED in April this year had attached properties worth Rs. 4.81 crore belonging to five companies and others in the money laundering case against Jain and others. These assets reportedly were in the name of Akinchan Developers, Indo Metal Impex, Paryas Infosolutions, Mangalayatan Projects and J.J. Ideal Estate etc.

In 2017, the CBI had accused Jain and others of laundering money to the tune of Rs 11.78 crore during 2010-2012 and Rs 4.63 crores during 2015-16, when he had become a minister in Delhi government, through three companies - Paryas Infosolution, Indo Metalimpex, Akinchan Developers and Mangalayatan Projects.

The ED case, which is based on the CBI FIR, alleges tha Jain signed conveyance deeds for purchase of agriculture lands by Prayas Infosolutions in 2011 and 2012. The central agency has further alleged that the land was later transferred to family members of Jain's associates who denied knowledge about the transfers.