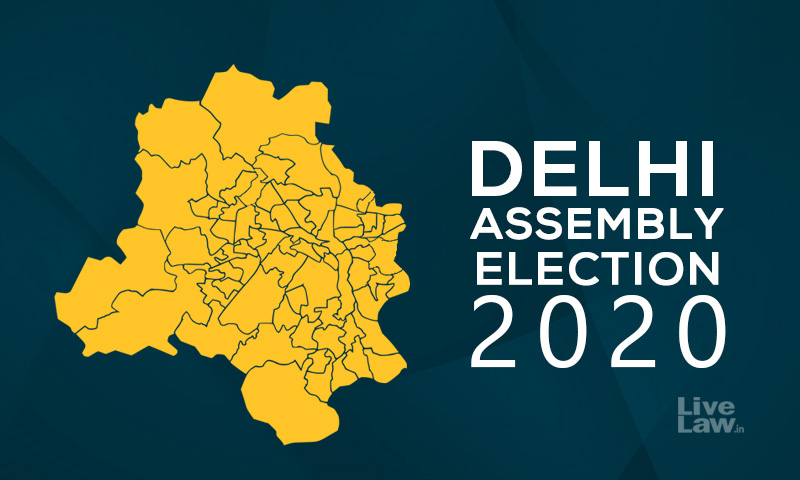 The Delhi High Court on Thursday dismissed the appeal filed by 11 candidates whose nominations from the New Delhi constituency were rejected.

A single bench had earlier dismissed their plea.

The Division Bench of the Chief Justice DN Patel and Justice Hari Shankar has held that there's no reason to interfere with the order passed by the Single Judge wherein the present petition was rejected as not maintainable.

On January 28, 11 Petitioners had moved the Delhi High Court claiming that they were deprived from filing their nomination papers for the upcoming Delhi Assembly elections, as the Returning Officer had allowed Arvind Kejriwal to jump the queue and file his papers out of turn.

On the same day, the Single Bench of Justice Sanjeev Sachdeva had rejected the plea on the ground of maintainability.

He had held in his order that as per section 100 of the Representation of the People Act, 1951, such petitions can't be moved before the High Court and that too prior to the completion of the election process.

The court had also noted that the law laid down by the Supreme Court in NP Ponnuswami case squarely applies to the facts of the present case.

However, the Single Bench did not make any observations on the merits of the case.

Today, before the Division Bench of the High Court, the Petitioners argued that they are not challenging the election process per se. Rather, they approached the present court because they wish to participate in the upcoming elections.

In their plea, they argued that the decision of the Returning Officer, which deprived them from filing nomination papers, is arbitrary, malafide and illegal.

The court, while relying on the various judgements of the Supreme Court, has agreed with the observation made by the Single Judge. That observation states that petitions challenging any part of the election process are not tenable under Article 226 of the Constitution.

On the appellant's contention alleging illegality and malafide intention against the Returning Officer, the court observed that where assertion of malafide intention is not insufficient, to establish the same, cogent evidence is required which can only be done in an election petition. It said:

'We do not see any reason to come to any conclusion on the allegations of malafide intention or arbitrariness raised by the appellant as the same can't be looked into in a writ petition.'

It was further noted by the Bench that the appellant is not left without a remedy. As per the principle of 'Ubi Jus Ibi Remedium', if the appellant is aggrieved, he can always file an election petition.

It was observed by the Division Bench that entertaining this petition at this stage would amount to interference with the progress of the election process.

Therefore, the court did not find any error in the Single Judge's order, and refused to provide any relief to the appellant.