'Non-Cooperation During Investigation Is Irrelevant In Plea For Revocation Of Pardon': Delhi HC Dismisses ED's Plea Against Grant Of Pardon To Rajiv Saxena [Read Judgment] 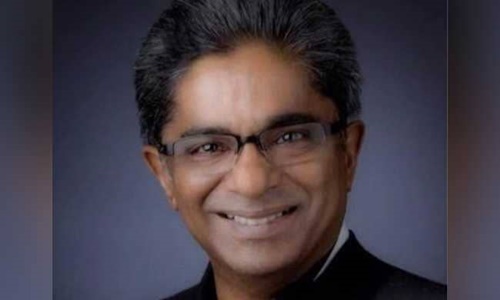 The Delhi High Court has held that the condition of pardon of a court approver- to make "full and true disclosure"- applies to the proceedings before the Court, and do not encompass the proceedings during investigation.

"Where the purpose of tendering pardon is obtaining of the evidence of the person, by, and before, the Court, the "full and true disclosure", required to be made by the person, to whom pardon is being tendered, has also, necessarily, to be before the Court," it was held.

On this ground, the single-Judge bench of Justice C. Hari Shankar on Monday dismissed the Enforcement Directorate's plea for revocation of pardon granted to Rajiv Saxena, one of the accused in the VVIP Chooper Scam case.

The court observed that the Dubai-based businessman was yet to be examined by the Trial Court, and merely because the Public Prosecutor had issued a "Certificate for revocation of pardon" under Section 308 (1) of CrPC, on the basis of investigation, would not lead to revocation of pardon.

"Non-co-operation, during investigation, is not one of the circumstances contemplated, by Section 308 (1), as justifying issuance of certificate by the Public Prosecutor. Quite obviously, this is because the condition, whereunder pardon is granted to the accomplice, is candour before the court, and not candour before the investigating officer," the court held while terming the certificate of the Public Prosecutor to be a "futility".

A Special CBI Court in Delhi had allowed Saxena to turn approver and had granted him pardon on March 25, 2019.

The ED had thereafter moved the Special Court in Rouse Avenue Court against the grant of pardon contending that Saxena had exhibited bad faith, and had demurred from making a full and true disclosure of the facts and circumstances of the case, which was one of the essential conditions, subject to which pardon had been granted to him, by the Special Judge.

The application however came to be dismissed on March 5 this year as premature, for Saxena was yet to depose before the court as a witness.

The present judgment, which in the words of Justice Hari Shankar bears an interplay between Section 306 and Section 308 of CrPC, has been passed in ED's plea for quashing of the aforesaid order of the Special Court and for revocation of Saxena's approver status.

Section 306 of IPC empowers a Chief Judicial Magistrate or a Metropolitan Magistrate to tender pardon to an accused at any stage of the investigation or inquiry, on condition of his making a full and true disclosure of the whole of the circumstances within his knowledge relative to the offence.

Sub-section 4(a) thereunder stipulates that every person accepting a tender of pardon shall be examined as a witness in the Court of the Magistrate taking cognizance of the offence and in the subsequent trial, if any.

Section 308(1) of the Code contemplates trial of a person who has accepted a tender of pardon but in the opinion of the Public Prosecutor has either by willfully concealing anything essential or by giving false evidence, not complied with the condition on which the tender was made.

Examination by court is mandatory

The High Court has held that both the above provisions, i.e. Section 306(4) and 308(1) are essential for revocation of pardon.

It was clarified that examination of the approver, under Section 306 (4) is, "ex-facie, mandatory".

"Examination of the approver, under Section 306 (4) is, ex-facie, mandatory. Thereafter, the proceeding may follow one of two paths. Absent any infraction, by the approver, of the conditions of pardon, the trial of the main offence continues, and the approver is liable to be arraigned as a prosecution witness therein. If, however, the approver breaches the conditions of pardon, by concealing material facts or tendering false evidence, the Public Prosecutor is empowered to so certify, in which case the approver becomes an accused, in respect of the offence for which pardon had been tendered to him, and becomes liable to be tried for the said offence," the court expounded.

The High Court held that concealment of essential facts, or tendering of false evidence, by the approver, has necessarily to relate to his evidence, as recorded "during trial" under Section 306 (4), and cannot relate to his conduct during investigation.

Accordingly it held that the certificate of the Public Prosecutor, issued in the present case, was an exercise in "futility", inasmuch as it was not preceded by the recording of the evidence of the approver, under Section 306 (4), Cr PC.

"Tendering of pardon, to an accomplice, under Section 306 (1), Cr PC, and his conversion, thereby, into an approver, has, inexorably, to be succeeded by his examination, as a witness, under Section 306 (4). It is during the course of such statement, that the Public Prosecutor would be able to discern whether the approver is, or is not, abiding by the conditions, subject to which pardon was tendered in, of making a full and true disclosure of all facts within his knowledge. If the approver is found to have concealed something essential, or to be tendering false evidence, the Public Prosecutor would so certify, under Section 308 (1), whereupon, as the learned ASG correctly submits, the approver would metamorphose into an accused, and would be liable to be tried, separately, in respect of the offence for which he had been tendered pardon, any other offence in which he may be found to be involved, and the offence of providing false evidence (with the leave of the High Court)."

"In the absence of any such statement, or evidence, it was not open to the Public Prosecutor to certify, regarding compliance, by the approver, of the conditions of pardon."

This, Justice Hari Shankar said, is essential because there is likelihood that the approver may come clean and disclose all information known to him, before the court; and in such a circumstance, the Public Prosecutor will not have to issue the certificate under Section 308(1).

In this backdrop he remarked,

"Had the evidence of the respondent been recorded, under Section 306 (4), as statutorily ordained, it is quite possible that he may have come clean, and disclosed all information known to him, without giving any false evidence…The disclosure before the Court is what, therefore, may tilt the scale, one way or the other. Candour, and a clean breast, are, therefore, expected, of the approver, in his evidence before the Court, and, so long as that is forthcoming, no case for invoking, against him, Section 308 (1) of the Cr PC can be said to exist, no matter how much he may have prevaricated during the investigative process."

In fact, it was emphasized that Section 306(1) itself aids in the interpretation of Section 308(1) by clarifying that "the purpose of granting tenure of pardon, to an accomplice-accused, case "obtaining (of his) evidence". The obtaining of evidence has to be by the Magistrate, Judicial Magistrate, or Magistrate of the first class, tendering pardon; not by the investigating officer."

He also observed that the Certificate of the Public Prosecutor in the present case did not allege that, before the Court, the respondent had concealed anything essential, or had given false evidence.

"A holistic reading of the application, filed by the petitioner before the learned Special Judge, reveals that the grievance of the petitioner is, essentially, that the respondent has not cooperated during investigation, and has withheld material in his possession," the bench said.

Distinction of facts simplicitor does not oust application of a precedent

In the impugned judgment, the Special Judge had placed extensive reliance on State v. Jagjit Singh, 1989 Supp (2) SCC 770, whereby it was observed that revocation of pardon can only be as per the procedure provided U/s 308 Cr PC which mandates that approver be examined in the Court before revoking the pardon.

The ED had claimed that reliance on this precedent was erroneous inasmuch as the present case could be distinguished on the basis of facts. It was pointed out that in that case, observations were made in the context of a situation in which there was no certificate, by the Public Prosecutor, under Section 308 (1). In the present case however, it was submitted that such a certificate exists and thus there is no need for examination of the approver, by a court.

Rejecting this argument, the bench observed that no two cases are absolutely identical on facts and the same is not a pre-requisite for application of a Supreme Court precedent on the subordinate courts.

In fact, if that were the case Justice Hari Shankar said, precedential value Article 141 of the Constitution would be reduced to a "dead letter". He held,

"It is true that, at times, a single distinguishing fact, may affect, vitally, the applicability of an earlier pronouncement, as a precedent in a later case. Equally true, however, is it that every distinguishing factual circumstance cannot result in evisceration of the precedential value of an earlier judgment. It is also trite, and well settled, that hierarchically lower judicial authorities ought not to seek to escape the precedential value of a pronouncement of the Supreme Court, constitutionally sanctified by Article 141, by relying on factual distinctions, which do not affect the ratio decidendi of the judgment."

The mere fact that the Public Prosecutor has issued a certificate, under Section 308 (1) of the CrPC, even before the evidence of the approver was recorded under Section 306 (4) cannot make any difference to the legal position, the court held.

In view of these observations, the High Court dismissed ED's plea with liberty to the agency to re-approach the Special Judge by an appropriate application, at the appropriate stage.