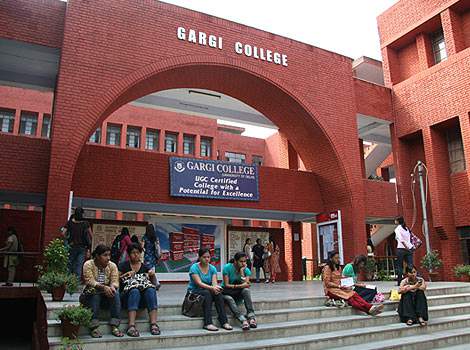 Delhi High Court has issued notices to Central Government, CBI and Delhi Police, in a plea moved by Advocate ML Sharma seeking CBI Inquiry on alleged instances of molestation and sexual misconduct inside the campus of Gargi college.

The Division Bench of Chief Justice DN Patel and Justice Hari Shankar has scheduled the matter for hearing on April 30.

The plea arises from alleged instances of molestation and sexual misconduct that took place on Feb 6, inside the campus of Gargi college during their annual cultural fest 'Reverie 2020'.

It is claimed by the Petitioner that the said instances were carried out under planned conspiracy by the political parties for securing political game in the Delhi election voting.

Citing continued inaction by police and college administration in the face of ongoing and multiple instances of molestation on that day, the petition states:

'The men came in trucks and entered the campus around 4:30 pm during the fest. They continued to harass the girls for several hours and the ordeal continued till around 9 pm...Despite complaints being made by multiple students, no one called the police and asked for the arrest of the wrongdoers.'

The petition also quotes various media reports and social media posts to highlight the ordeals shared by the students and how the same were not addressed by the college administration.

Calling the said incident a 'conspiracy' to fetch political gains, the Petitioner submits that:

'That State government took no action. It's a clear criminal conspiracy hatched by the political party to deploy mass accused persons to provoke the Delhi public for effecting voting in their favour.'

Such a planned conspiracy, as per the Petitioner, clearly qualifies for multiple offences under section 354, 376, 511 of the IPC. He argues that a serious and forced criminal act has taken place and the accused persons must be duly arrested and prosecuted.

It is further claimed that the State government took no action. It's a clear criminal conspiracy hatched by the concerned political party to deploy mass accused persons to provoke the Delhi public for effectively voting in their favour.

Therefore, the Petitioner has sought court's directions to CBI for investigation the matter, collect CCTV footage, arrest all the accused persons including political leaders, and submit a report before the court.