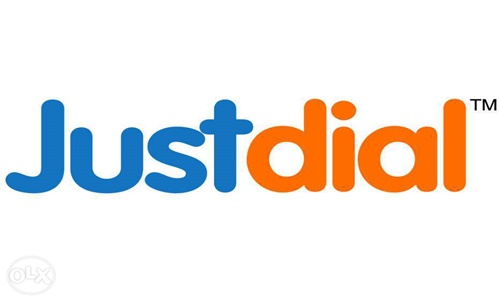 The Delhi High Court has restrained Justdial from using the registered trademark PVR on its platform and ruled in favour of PVR Cinemas. PVR had filed a suit seeking a permanent injunction against Justdial restraining infringement of trademark as well as copyright, passing off, unfair business practices, damages, etc. Justice Manmohan decided the matter after hearing plaintiff's...

The Delhi High Court has restrained Justdial from using the registered trademark PVR on its platform and ruled in favour of PVR Cinemas. PVR had filed a suit seeking a permanent injunction against Justdial restraining infringement of trademark as well as copyright, passing off, unfair business practices, damages, etc.

It was submitted before the court that both the parties entered into a non-exclusive ticketing agreement dated May 31, 2016, for a period of one year. During the pendency of the agreement, Justdial was allowed access to PVR's ticketing software to book tickets for the PVR cinema halls.

This agreement between the parties was extended until August 15, 2017. Subsequently, the parties entered into a fresh agreement dated November 9, 2017, for the period effective from 16th August 2017 extending the aforesaid arrangement for a term of another year. This agreement expired on August 15, 2018, yet the plaintiffs found out through Big Tree Entertainment Private Limited (BookMyShow) that the defendant is providing online ticket bookings of movies shown at PVR cinema halls by providing deep links of the BookMyShow platform.

Thereafter, in January 2019, PVR found out through One97 Communications Ltd. (who has the arrangement with the plaintiff to book online tickets using its PayTM platform) that on Justdial, tickets of PVR cinema halls could be booked. Considering the past relationship of the parties, PVR again requested Justdial to stop providing the facility, to which the defendant orally assured the plaintiff once again. However, the defendants did not comply and continued to have the said facility on their platform.

Consequently, the plaintiff was constrained to issue a cease and desist notice dated March 8, 2019, to the defendant. Despite service, till date the defendant has neither responded to the notice nor stopped its unlawful activities, Rajagopal said.

It was further submitted that Justdial was unauthorisedly continuing its illegal activities with the mala fide intent to popularize its platform at the expense of the immense reputation and goodwill earned and achieved by the plaintiff, PVR Cinemas.

"Keeping in view the aforesaid, this Court is of the opinion that a prima facie case of infringement and passing off, is made out in favour of the plaintiff and balance of convenience is also in its favour. Further, irreparable harm or injury would be caused to the plaintiff if an interim injunction order is not passed.

Consequently, till further orders, the defendant, its owners, directors, officers, servants, employees and all others in the capacity of principal or agent acting for and, on their behalf, or anyone claiming through, by or under it, are restrained from using the registered mark PVR or any deceptive variant thereof which is identical and/or similar to the plaintiff's trademark PVR, in any manner whatsoever."