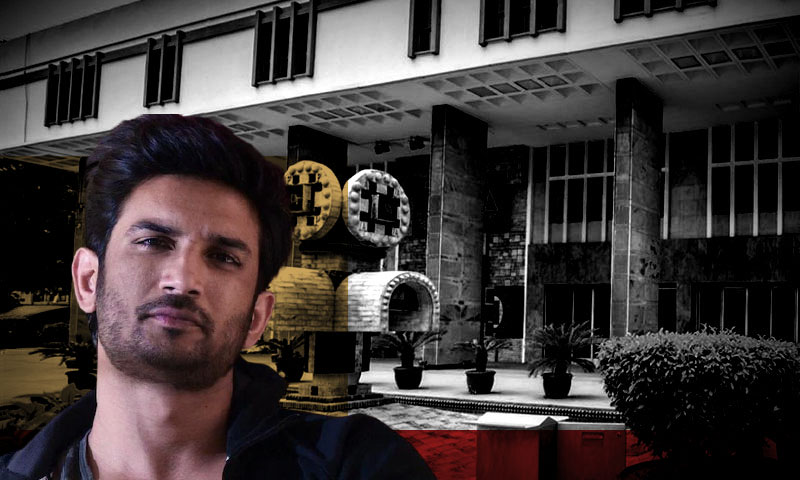 The Delhi High Court on Monday granted liberty to the father of late Bollywood actor Sushant Singh Rajput, to approach the single judge with his grievance pertaining to release of the actor's alleged biopic, "Nyay: The Justice."A division bench comprising of Justices Rajiv Shakdher and Talwant Singh allowed Krishna Kishore Singh, the late actor's father, to press his claim before the single...

The Delhi High Court on Monday granted liberty to the father of late Bollywood actor Sushant Singh Rajput, to approach the single judge with his grievance pertaining to release of the actor's alleged biopic, "Nyay: The Justice."

A division bench comprising of Justices Rajiv Shakdher and Talwant Singh allowed Krishna Kishore Singh, the late actor's father, to press his claim before the single judge bench which had earlier dismissed the interim application for injunction of the film's release.

Significantly, the impugned order declining injunction was passed on June 10. The film was released on an OTT platform the next day.

In this backdrop, the Division Bench observed that the circumstances have changed and thus, both the parties will be free to advance their respective stance before the single judge.

In its order, the Bench further observed that when the matter is before the single judge, all the contentions will be examined in the background of the film presently available. Any changes to contents of the film which may be proposed later shall be informed to the Appellant, who may then approach the Court, if so advised.

During the course of hearing, Senior Advocate Vikas Singh for the Appellant argued that perjury proceedings should be initiated against the Respondents for falsely submitting before the Court that the film has been released. He stated that such a false claim was made only to prevent the Court from granting an injunction in the Appellant's favour.

In this regard, he highlighted that 72 minutes from the film were missing and thus, what was released is merely an "assortment of shooting" which cannot be termed as releasing the film. He further argued that there is no substance in the Respondent's claim that they have left 72 blank minutes, to be filled with advertisement. Advocate Vikas asked,

"72 minutes of advertisement? How do you show a released movie to the public as having blanks filled by ads that will be added later? This is unheard of and evasive."

Advocate Chander Lall on the other hand, appearing for the film makers, argued that since the single judge did not restrain them, there is a carte-blanche to release the film. He maintained that the blanks were inserted to attract advertisements and the Appellants cannot judge the quality of the film.

"Who are the appellants to judge the quality of my film? I did not get ads so there are blanks. It may be a sub-standard film but that's my cinematography. The question is, can I be restrained from showing the film on this ground?" Lall vehemently argued.

The judge asked Mr. Lall if the gaps have been added later and if the film is the same as shown to the single judge. Advocate Lall answered in affirmative. He noted,

"As of now, there are no plans to change the movie. However, if any changes are made in the future, same will be brought to the Appellant's notice," he added.

Earlier, the Court had had sought response of Sushant Singh Rajput's father as to clarify whether the movie has already released or not.

The film was admittedly inspired from the life of Sushant Singh Rajput. His father moved Court seeking injunction on any and all movies planned, in the pipeline, and to be made in future, from using his son's name, caricature or likelihood - he claimed that as the sole legal heir of his son, he owns celebrity rights hitherto belonging to his son.

Further, he argued that such movies affect his right to privacy, as Rajput's father, as well as the right to a fair trial - in light of various ongoing cases on the cause of his death.

Singh has stated that the Defendants – who include the producers, director and outliner of the movie, "Nyay: The Justice", which is slated for release on June 11, i.e. tomorrow, are trying to "exploit the media frenzy and public curiosity surrounding SSR's life and the circumstances surrounding his death, for their commercial gain."

He argued that, in September, 2020, his counsel had made a widely circulated statement that, "no movie(s), book(s) or series based on the Plaintiff's son should be made without obtaining the prior consent of his family. Despite that, without approaching the family, Defendants No. 1 to 4 are making a movie which is a self-proclaimed "tribute to Sushant Singh Rajput", titled 'Nyay: The Justice'."

Produced by Sarla A Saraogi and Rahul Sharma, directed by Dilip Gulati, and the film has been outlined by Sarla's husband, a lawyer named Ashok Saraogi, the plaint states.

Justice Sanjeev Narula had refused to grant ex-parte, ad-interim injunction in the matter, following which, the instant appeal was preferred.