Limitation Period For Seeking Appointment Of Arbitrator Commences After Expiry Of 30 Days From Issuance Of Notice Invoking Arbitration: Delhi HC 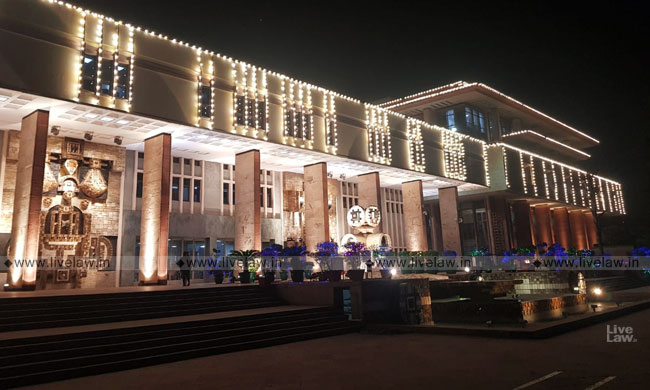 The Delhi High Court has held that the Limitation period of 3 years for seeking Appointment of Arbitrator commences from the date of expiry of 30 days period, reckoned from date of issuance of the notice invoking arbitration.Holding thus, it has allowed the Petitioner, Bharat Sachar Nigam Limited (BSNL), to proceed with Arbitration against the Respondent, WIPRO...

The Delhi High Court has held that the Limitation period of 3 years for seeking Appointment of Arbitrator commences from the date of expiry of 30 days period, reckoned from date of issuance of the notice invoking arbitration.

Holding thus, it has allowed the Petitioner, Bharat Sachar Nigam Limited (BSNL), to proceed with Arbitration against the Respondent, WIPRO Limited.

The Petitioner and the Respondent executed Cooperation Agreements. Following expiry of warranty period mentioned therein, the Petitioner raised several issues regarding the products/services provided by the Respondent. In this regard, several emails were exchanged and the parties also met. However, Petitioner claims that the Respondents continued to fail to meet their contractual obligations.

Petitioners sent Legal Notice dated 21.12.2018 to Respondent to come up with resolution plan, however, no proper response was received.

Consequently, the Petitioner sent Legal Notice dated 14.3.2019 to Respondent invoking Arbitration under Clause 18 of the Agreement seeking consent for sole Appointment of Arbitrator. However, the same was not responded to. Thus, the Petitioners approached the Court with this Petition.

The seat of the Arbitration

During the court proceedings, Respondents raised several objections as to the maintainability of the Petition, respecting the jurisdiction of the Court, the expiry of the limitation period for the institution of Petition, the time-barred nature of claims, and objections to the merits of Petitioner's claims.

The jurisdictional claim mainly rested on the issue of the "Seat" of Arbitration. It was contended that the Arbitral Clause contained in Para 18.2.1 mentioned "Place" of Arbitration as New Delhi without specifying the seat. Further, the Agreement was executed in Gurugram, the parties did not work for gain in New Delhi, the payments were not received in Delhi, and the occurrences of the breaches also did not occur in Delhi. Issues of Seat and Venue (Place) being two different things, the Place of Arbitration could not confer the status of Juridical Seat/Jurisdiction of this Court.

Rejecting this submission, the Court cited BGS SGS Soma JV v. NHPC (2020), where it was held that an arbitration clause designating a place of Arbitration as the venue of all arbitration proceedings, it is to be implied as to the seat of the Arbitration. This is in contrast to a clause simply indicating one or more individual hearings at a place, but proceedings as a whole, including the arbitral award. Relying on this, this Court rejected the Petitioner's contention the Court did not have jurisdiction as seat and place are different issues. The Court affirmed its jurisdiction to hear this case on the basis that place of Arbitration in the arbitral clause as New Delhi was indicative of the seat of the Arbitration.

The Respondent averred that the filing of the Petition ought to be rejected as the claims were time-barred. The Petition, being for the Appointment of an arbitrator under Section 11 of the Arbitration and Conciliation Act, 1996, the Court cited BSNL v. Nortel Network (2021) of the Supreme Court. The Case dealt with the issue of determining the limitation period in filing a petition under Section 11. It was cited that,

Applying this precedent, the Court noted that the Legal Notice invoking Arbitration was dated 14.3.2019. The period of replying to the Legal Notice expired within 30 days of this Notice, i.e., 13.4.2019. The period of Limitation starts from this date and is extended till 3 years. Since the Petition was filed on 24.5.2019, it was held that there was no delay in filing this Petition. Accordingly, the ratio that comes from this holding is: The Period of Limitation of 3 years for filing Petition for Appointment of Arbitrator runs from the date of expiry of the period for replying to a Legal Notice seeking the Appointment by the party.

The Respondent averred that the Petitioner lost its right to cause of action as the claims were time-barred. The Agreement dated 20.3.2009 conferred warranty for 3 years from the date of commissioning. Accordingly, the claims being not arbitrable, ought to be rejected. The Respondents claimed that the maximum period of Limitation expired in December 2017. The Respondent argued that the Petitioner was trying to revive dead claims, and there is no continuing cause of action. Even if the exchange of emails is assumed, since the purported email was sent in 2016 and the Notice invoking Arbitration was in 2019, the period of Limitation had expired.

The Court again referred to BSNL v. Nortel Network. The cited case dealt with a notice of Arbitration issued after 5.5 years of rejection of Arbitration. The Court, in the instant case, distinguished facts to the present case as in the cited case there were no intervening facts in the notice of Arbitration nor the Petition filed under Section 11. Even so, the Court noted the cited Supreme Court's Case's observations regarding purported time bar of arbitrability of claims:

"It is only in the very limited category of cases, where there is not even a vestige of doubt that the claim is ex facie time-barred, or that the dispute is non-arbitrable, that the Court may decline to make ARB.P. 365/2021 Page 19 of 21 the reference. However, if there is even the slightest doubt, the rule is to refer the disputes to Arbitration, otherwise, it would encroach upon what is essentially a matter to be determined by the tribunal."

Applying these observations, this Court found that the facts of this case gave rise to a continuing cause of action, arising from the persistent demands of the Petitioners to seek resolution of disputes within the warranty period. The warranty was till 24.6.2015. Petitioners had raised several emails during this warranty period from 1.9.2015 to 26.10.2016. Meetings held between the parties in 2018 bore no fruit, per the Petitioner's claims. The Petitioner first sent Legal Notice seeking a resolution plan on 21.12.2018. This was replied to on 3.1.2019 with a commitment for future details. However, these were not provided. Accordingly, given the unresolved claims the facts presenting a continuing cause of action due to persistent demands of the Petitioners, the claims were deemed subject to Arbitration per BSNL. All outstanding claims regarding the minute details of emails, outcomes of meetings, etc., by the parties would accordingly be subject to Arbitration.

Held, the Petition was allowed, and Justice (Retd.) G.S. Sistani was appointed as sole arbitrator.