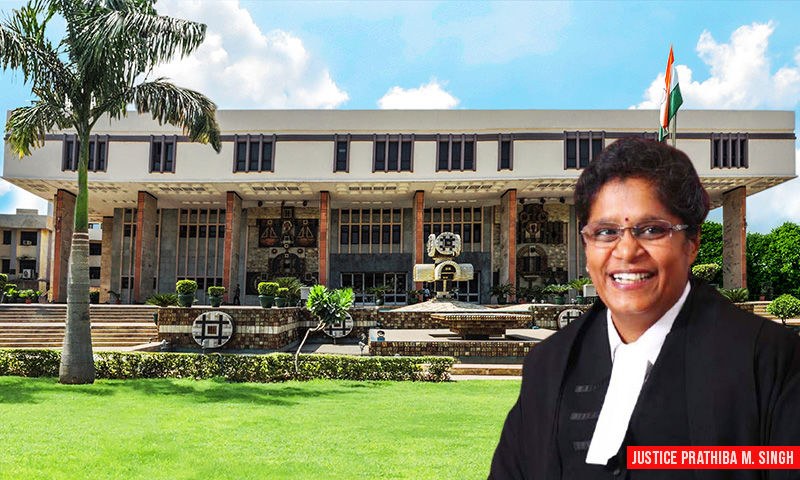 Observing that the hope expressed under Article 44 of the Constitution should not remain a 'mere hope', the Delhi High Court on Wednesday expressed the need for having a Uniform Civil Code after noting that the Indian society is gradually becoming homogenous while the traditional barriers are slowly disappearing. Justice Pratibha M Singh observed,"In modern Indian society which is...

Observing that the hope expressed under Article 44 of the Constitution should not remain a 'mere hope', the Delhi High Court on Wednesday expressed the need for having a Uniform Civil Code after noting that the Indian society is gradually becoming homogenous while the traditional barriers are slowly disappearing.

"In modern Indian society which is gradually becoming homogenous, the traditional barriers of religion, community and caste are slowly dissipating. The youth of India belonging to various communities, tribes, castes or religions who solemnise their marriages ought not to be forced to struggle with issues arising due to conflicts in various personal laws, especially in relation to marriage and divorce."

"The hope expressed in Article 44 of the Constitution that the State shall secure for its citizens Uniform Civil Code ought not to remain a mere hope."

Relying on the judgment delivered by the Supreme Court in Ms Jordon Diengdeh v. SS Chopra, (1985) 3 SCC 62 wherein it was observed that Article 44 of the Constitution needs to be implemented in its letter and spirit, the High Court directed thus:

"The Supreme Court had, in 1985 directed that the judgment in Ms. Jordon Diengdeh (supra) to be placed before the Ministry of Law to take appropriate steps. However, more than three decades have passed since then and it is unclear as to what steps have been taken in this regard till date. Accordingly, let the copy of the present judgment be communicated to the Secretary, Ministry of Law & Justice, Government of India, for necessary action as deemed appropriate."

The development came while the Court was dealing with a petition involving applicability of Hindu Marriage Act, 1955 in respect of parties belonging to the Meena Community in view of the exclusion under Section 2(2) of the Act.

The petitioner husband and respondent wife got married in June 2012 according to Hindu customs and rites. A petition seeking divorce under Section 13(1)(ia) of the Act was filed by husband before the Family Court.

The wife had filed an application seeking rejection of the divorce petition stating that the provisions of the Hindu Marriage Act do not apply to the parties concerned as they are members of a notified Scheduled Tribe in Rajasthan.

The Family Court decided the application and dismissed the divorce petition by holding that the provisions of the Act do not extend to the Meena community, which is a notified Scheduled Tribe. The said order was then challenged before the High Court.

The question for consideration before the Court was that whether the parties ought to be governed by the provisions of the HMA or should they be relegated to procedures of the Meena tribe?

Relying on the relevant judgments of the area and looking at the facts of the case, the High Court observed thus:

"The Act, however, applies to any person who is Hindu by religion and includes a Virashaiva, a Lingayat or a follower of the Brahmo, Prarthana even followers of Brahma Prathana of Arya Samaj. It also applies to Buddhists, Jains and Sikhs by religion. The HMA, 1955 regulates all aspects of marriages applicable to Hindus including restitution of conjugal rights of judicial separation, divorce etc."

Further taking note of the fact that the marriage was solemnized as per Hindu customs and rites, the Court observed thus:

"If members of a tribe voluntarily choose to follow Hindu customs, traditions and rites they cannot be kept out of the purview of the provisions of the HMA, 1955. Codified statutes and laws provide for various protections to parties against any unregulated practices from being adopted."

"In this day and age, relegating parties to customary Courts when they themselves admit that they are following Hindu customs and traditions would be antithetical to the purpose behind enacting a statute like the HMA, 1955. The provisions of exclusion for example under Section 2(2) are meant to protect customary practices of recognised Tribes. However, if parties follow Hindu customs and rites, for the purpose of marriage, this Court is inclined to follow the judgment of the Supreme Court in Labishwar Manjhi (supra) to hold that the parties are Hinduised and hence the HMA, 1955 would be applicable."

The Court thereafter observed that since there is no specialized Court to deal with the Meena community Tribe, in such a case, if the Court has to choose between relegating parties to customary Courts which may or may not provide for proper procedures and safeguards as against codified statutes envisioning adequate safeguards and procedures, the Court will lean in favour of the latter.

"Thus, insofar as divorce proceedings are concerned, if proper tribal customs are not established or the following of Hindu customs or rites is admitted by the parties, there is no reason to hold that the provisions of the HMA, 1955 would not apply," the Court held.

Observing that there is a need for implementing the Uniform Civil Code, the Court observed thus:

"The need for a Uniform Civil Code as envisioned under Article 44, has been reiterated from time to time by the Supreme Court. Cases like the present one repeatedly highlight the need for such a Code - 'common to all', which would enable uniform principles being applied in respect of aspects such as marriage, divorce, succession etc., so that settled principles, safeguards and procedures can be laid down and citizens are not made to struggle due to the conflicts and contradictions in various personal laws."

With the aforesaid observations, the Court set aside the judgment and directed the trial court to proceed with the adjudication of the petition under 13-1(ia) of the HMA, 1955 on merits and render a decision within six months.