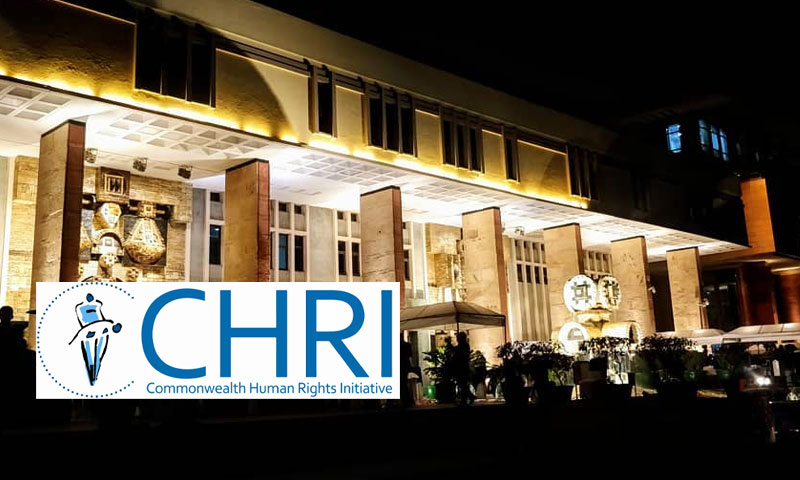 The Delhi High Court has dismissed a petition filed by Commonwealth Human Rights Initiative (CHRI) assailing an order which had suspended its registration under the Foreign Contribution (Regulation) Act, 2010 for 180 days under sec. 13 of the Act. The impugned order dated June 7, 2021 was passed by Deputy Secretary to the Government of India, Foreigners Division [FCRA Monitoring Unit],...

The Delhi High Court has dismissed a petition filed by Commonwealth Human Rights Initiative (CHRI) assailing an order which had suspended its registration under the Foreign Contribution (Regulation) Act, 2010 for 180 days under sec. 13 of the Act.

The impugned order dated June 7, 2021 was passed by Deputy Secretary to the Government of India, Foreigners Division [FCRA Monitoring Unit], Ministry of Home Affairs whereby the FCRA registration was suspended, pending consideration for cancellation of the Certificate under Section 14(1)(d) of the Act.

"So, it follows if reasons exist, that the utilisation of the contribution is not in accordance with the mandate of the Act, the Central Government by recording in writing the reasons, can suspend the certificate," the Court said.

Since the suspension also had the effect of freezing the petitioner's receipt and utilization bank accounts, thus, it sent a representation to the Central Government seeking interim permission to utilize a portion of the foreign contribution lying in its custody in order to pay salaries and meet its operational expenses. Since the representation went unanswered, the petitioner approached the Court.

Senior Advocates Arvind P. Datar and Chandra Uday Singh appearing on behalf of the petitioner submitted that sec. 13 of the Act requires recording of reasons as to why the Competent Authority was satisfied that the drastic and optional action of suspension was necessary pending consideration of the question of cancellation of the certificate on any of the grounds mentioned in sec. 14(1). However, it was argued that no such reason explaining the necessity of suspension has been recorded or communicated through the impugned order.

It was also contended that the impugned order was ultra vires to sec. 13(1) of the Act as the reasons in the order of suspension were wholly alien to the scheme of suspension.

On the other hand, it was the case of the respondent that there existed a need for deeper scrutiny and inquiry, which was already underway, that the MHA had conducted an audit as well as inspection of the petitioner's association under sec. 20 and 23 of the Act from August 09, 2021, to August 14, 2021.

It was submitted that the suspension order dated June 07, 2021, was a reasoned or speaking order that cited the reasons for the suspension. It was also argued that the opportunity of being heard was provided under sec. 14(2) before the proceedings leading to the cancellation of registration certificate.

"I must state, Section 13(1) of the FCRA, 2010 gives discretion to the Central Government to suspend the certificate only if it is satisfied that it is necessary to do so. It is not necessary that in all cases suspension is resorted to," the Court added.

The Court was also of the view that if the violation makes a strong prima facie case against the certificate holder, if proved, would lead to cancellation of certificate under sec. 14(2), then the Central Government will be justified in suspending the certificate.

"The decision of the Central Government to carry out the audit / inspection under Sections 20 and 23 is an inquiry as contemplated under Section 14(1) of the FCRA, 2010 to ascertain whether there has been a contravention of any provisions of the Act, rules, or order made thereunder to take action for cancellation of the certificate," the Court said.

It was also observed that in such cases, the satisfaction is of the Central Government and the Court cannot substitute the reasons unless such reasons are perverse. The Court added that the scope of judicial review is very limited and should be exercised only when it is a case of mala fide, arbitrariness, or an ulterior motive.

"That apart, pursuant to the finding in audit / inspection, and after seeking the response of the petitioner, the Central Government has extended the suspension, for a further period of 180 days, vide order dated December 01, 2021, which shall justify the suspension more particularly when Show Cause notice under Section 14(2) of the FCRA, 2010 has also been issued," the Court observed.

The Court therefore dismissed the petition noting that there was no reason for the Court to interfere with the impugned order dated June 07, 2021.