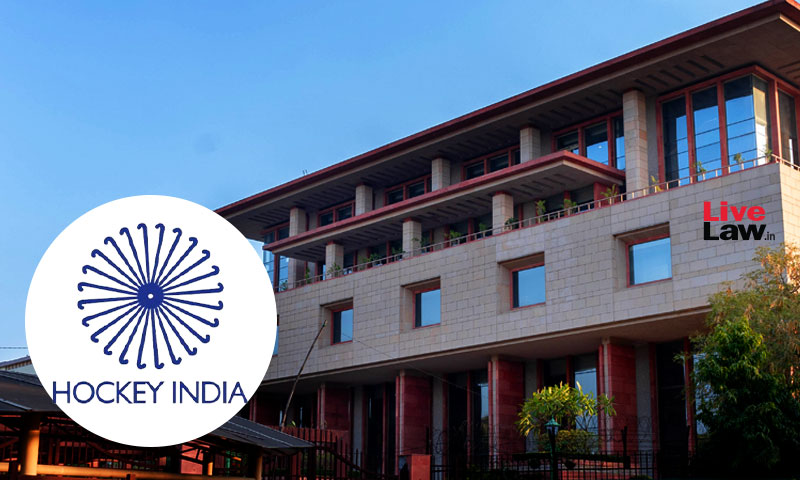 The Delhi High Court has put the affairs of Hockey India in the hands of Committee of Administrators (CoA) as per a recent Supreme Court order, observing that its administrative setup was erroneously or illegally constituted because of the Life President and Life Members.

"The Government of India cannot grant recognition to a NSF whose constitution is not in consonance with the Sports Code. The posts of Life President, Life Member in the NSF are illegal so is the post of CEO in the Managing Committee. These posts are struck-down. All such references in the Constitution/Memorandum of Association of R-2 will have to be removed."

The Court relied on the recent Supreme Court order in All India Football Federation vs. Rahul Mehra dated May 18, 2022.

It may be noted that the Supreme Court, in order to facilitate the holding of elections and handing over the affairs to democratically elected body in terms of the Constitution of All India Football Federation which will be adopted, had re-constituted the Committee of Administrators of AIFF. The Top Court also asked the Committee of Administrator to take charge of all the affairs of AIFF immediately

The High Court thus, was also of the opinion that in the absence of a Managing Committee elected under a constitution strictly in consonance with the Sports Code and the Court rulings, the interests of hockey, its development and the sentiments of the hockey players, aspirants and enthusiasts should not suffer.

Accordingly, the Court appointed the following three persons of eminence from the fields of law, public administration and elections, and from the sport of hockey at national and international levels, as members of the CoA:

The Court said that the functions of the members of CoA shall largely be the same as outlined by the Supreme Court in its order, which are as follows :

- assist in the preparation and adoption of the Constitution of R2 as per the Sports Code and court rulings;

- prepare the electoral roll/college for the purpose of conducting the elections to the Executive Committee in accordance with the provisions of the Constitution, as proposed;

- carry out the day-to-day governance of R-2;

- In discharging its task in terms of (iii) above, the CoA would be at liberty to take the assistance of the erstwhile EC/MC of R-2 which has continued thus far in order to facilitate decisions being taken, inter alia, on the holding of tournaments, selection of players and all other matters necessary for the proper governance of R-2;

- The erstwhile Committee shall forthwith hand over the charge to the CoA;

- The CoA would be at liberty to make all appropriate arrangements, for the governance of Hockey India until fresh elections are held in terms of the Sports Code conforming constitution;

- facilitate the holding of elections and the handing over of the affairs to a democratically elected body in terms of its constitution which will be adopted, preferably within a period of 20 weeks from the date the learned CoA members give their assent.

Noting that the 1975 Circular, the 2001 Guidelines, Sports Code and judgement of the Indian Courts, govern sports administration in India, it added that they collectively constitute the law on the subject.

"They have held sway over 57 years. They are here to stay. No variation of the same, to the detriment of sports-persons or to sports administration, is permissible," the Bench said.

"Sports does not merely infuse a spirit of healthy competition among players, spectators and enthusiasts, it also gives people a unifying cause to rally behind, of course, with much passion and fun. Often the heart-beat of a nation is hinged on that subtle nick to the ball into the goal-post, in the last moments of a game."

"But, above all, it teaches discipline and respect for rules and to acknowledge the legitimate winner. It is a sublimation of physical energies and mental alacrity in a fair competition, to acknowledge a clear winner. It is a celebration of fair play. There can be no clandestine ways to win, as that would not be sport. Fairness on the play-field, admirable skills of players, unity of purpose, team-work and coordination, etc. are qualities and values which any sport, played fairly, imparts and instills in society."

The petitioner desired that the management of the hockey in the country, be run according to the rules and the guidelines laid-down by the Government of India (GOI) through the Circular dated 20th September 1975, the 2001 Guidelines and the National Sports Development Code of India, 2011.

It was the case of the petitioner that there should be transparency in the affairs of the National Sports Federation (NSF) for hockey viz. Hockey India. He was also concerned that the continued presence of certain persons as office bearers or otherwise in supernumerary posts or under not so innovative nomenclatures, such as Life President, Life Member and CEO was unwarranted and illegal, therefore, the same be struck down as not being in consonance with the Sports Code.

The Court was of the opinion that the individuals who have exhausted their age and/or tenure in terms of the Sports Code automatically disqualify themselves from contesting for any Executive Posts and that the mere fact that the constitution of the NSF is not aligned with the Sports Code of 2011 and the law, will not be to the advantage of either the NSF or its office-bearers.

"Persons who have been in posts such as Life President, Life Member and "CEO on the Management Committee" (with voting rights), which is clearly in breach of the Sports Code, and have enjoyed benefits of such office and expenses have been incurred on them by a NSF in breach of the law must be asked to return the expended amounts. Revenues generated by a NSF is largely on account of recognition granted to it by the Government of India. In the absence of such recognition, the Society/Association would have no legitimacy or occasion to seek or attract sponsorship for any tournament, sporting event, travel, accommodation, training and/or other administrative measures," the Court said.

In this backdrop, the Court said that the monies generated are more in the nature of public trust and the same is to be utilized in the public interest i.e. promotion of the sport and representation of India in international tournaments.

"The CoA shall ascertain the amount spent on such individuals and initiate process for recovery of the same, so shall the GOI. Expenses incurred on such supernumerary, innovative and illegal posts need to be recovered and there has to be accountability. Details of the amounts expended on such persons will be furnished by Hockey India before the CoA. The latter too shall examine the records and seek refund of monies from the current Life President and the Life Members, as may be," the Court ordered.

It also added "The illegal Post of Life President or Life Member cannot be the stepping-stone for any other position or benefit elsewhere, be it nationally (including in the Indian Olympic Association) or in international bodies. If R-3 has so benefitted, then such benefit or position shall end right away. Let the CoA look into the matter, so would the Government of India."