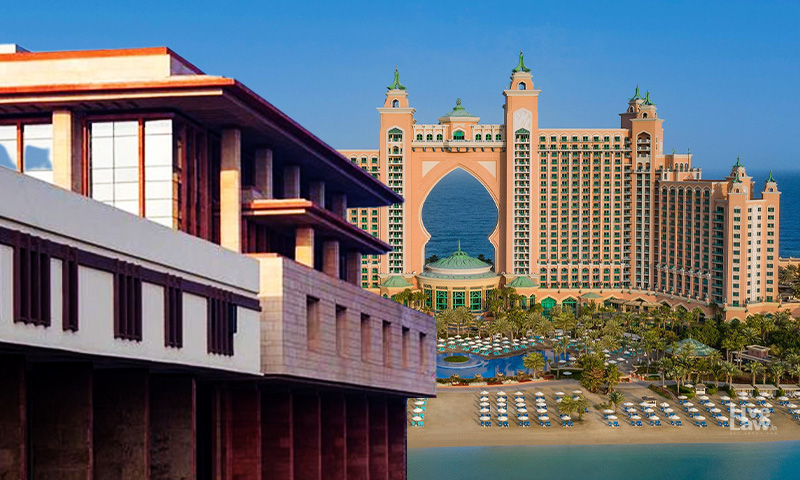 The Delhi High Court recently granted injunction in favour of Kerzner International, a company which owns the chain of Atlantis resorts in Dubai, Bahamas and China, against one Vokas Aggarwal using the mark 'Atlantis Park Ballroom' in respect of a banquet hall.

Though the resort is not situated in India, Justice Prathiba M Singh observed,

"Plaintiff's mark 'ATLANTIS', owing to the unique nature of the resorts which are run by it, have prima facie, gained enormous global reputation, especially in the Indian subcontinent."

It noted that the mark of the Plaintiff is registered in several Classes and specific figures have been given in respect of revenues earned from bookings made from India. The revenue figures show that thousands of bookings are made from India every year with the Plaintiff. In the year 2019, 27,892 bookings were made and the total revenue for that year attributable to India was 16 million dollars.

In this backdrop, it observed,

"The Plaintiff has made out a prima facie case for grant of an injunction. The balance of convenience lies in the favour of the Plaintiff and if relief is not granted at this stage, irreparable loss would be caused to the Plaintiff. However, considering the fact that the Defendants may have made various bookings of the banquet hall for third parties, this Court is of the opinion that the Defendants are only to be restrained partially at this stage."

The Plaintiff- Kerzner International Limited had filed the present suit seeking protection of its trademark 'ATLANTIS' used in respect of entertainment services, hotels, resorts and other connected services. It is the case of the Plaintiff that it is one of the world's renowned and leading global service provider engaged in management, development and operation of destination resorts, properties, luxury resort hotels, etc. It manages more than 15 hotels in approximately 10 countries. The Plaintiff adopted the mark 'ATLANTIS' in 1994. The Plaintiff company was incorporated in the Commonwealth of the Bahamas in 2002.

The plaintiff submitted that the mark 'ATLANTIS' has been applied for registration in India and internationally. In India, the Plaintiff owns various registrations in Classes 35, 36,39, and 41. It is their case that it came across the Defendants' application in the trademark journal wherein the Defendants sought to register the trademark 'ATLANTIS PARK BALLROOM' under class 43 in respect of services for providing food and drink, and temporary accommodation.

Accordingly a legal notice was issued on behalf of the Plaintiff on 9th March, 2021 calling upon the Defendants to give up the use of the mark 'ATLANTIS PARK BALLROOM'.

The Plaintiff's mark 'ATLANTIS', owing to the unique nature of the resorts which are run by it, have prima facie, gained enormous global reputation, especially in the Indian subcontinent. The mark is also promoted on various social media platforms and the Plaintiff has won various awards as one of the top most travelled destinations in the world.

Court also noted that the defendant are using the mark in respect of a banquet hall and the services offered are entertainment, conventions and other bookings made for social events. The services of the Defendants and the Plaintiff are clearly overlapping and are cognate/allied services. The mark 'ATLANTIS' is the prominent feature of the Defendants' mark and name. It is settled law that it is not improper to identify elements and features of marks that are more or less important for the purpose of analysis in cases of composite marks.

In view of the above, the court decided to grant injunction in favour of the plaintiff.

"Accordingly, the Defendants are restrained from making any fresh bookings in its banquet which is run under the name 'ATLANTIS PARK BALLROOM' till the next date of hearing. This would however not impede the Defendants from providing services in respect of bookings already made by it."