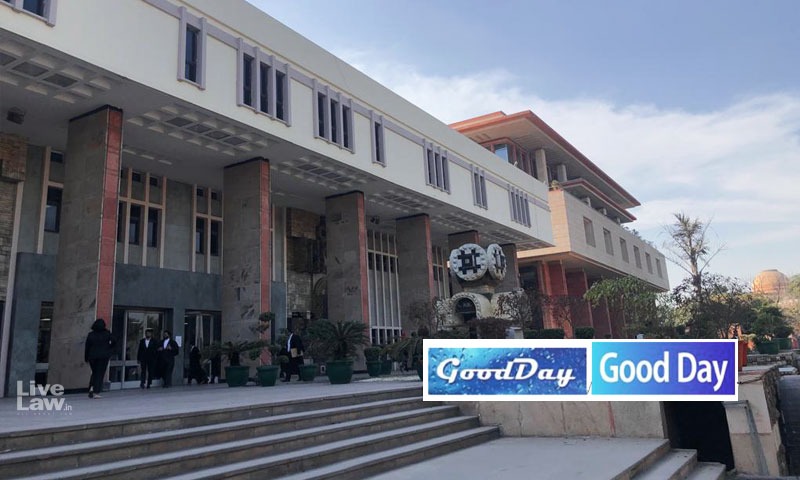 Justice Sanjeev Narula was of the prima facie view that Britannia's trademark 'GOOD DAY' has been acknowledged to be a well-known mark and therefore it will have a right to seek injunction in terms of Section 29(4) (b) of the Trade Marks Act 1999.

The Court therefore passed ad interim injunction against Good Day Oral Care and others from launching, selling, manufacturing, advertising, offering for sale or in any manner dealing in goods, bearing the impugned mark "GOOD DAY" which is similar or deceptively similar to Britannia's trademark "GOOD DAY".

Senior Advocate Sandeep Sethi appearing for Britannia Industries submitted that the Defendant was using the mark "GOOD DAY" for Toothpaste which was identical to it's well-known mark "GOOD DAY" biscuits and cookies. Further, a website under the domain name 'gooddayoralcare.com' was also opened wherein Good Day Oral Care had come up with three variants of the goods under the impugned mark.

It was therefore argued that a perusal of the impugned trademark makes it evident that the general public would associate the Defendants' product with those of Britannia Industries' and the same would cause confusion in the eyes of the consumers.

On the other hand, Senior Advocate G Tushar Rao appearing for Good Day Oral Care submitted that the mark "GOOD DAY" was generic mark which cannot be claimed as a monopoly by the Plaintiff.

"Pertinently, the documents placed on record being the trademark application filed by Defendants, as pointed out by Mr. Sethi, demonstrates that as recently as 15th September, 2021, they have claimed the adoption of the impugned mark on "proposed to be used" basis. Thus, the Defendants are unable to convincingly demonstrate how the use of the impugned mark would not amount to infringement," the Court said at the outset.

The Court also added that the adoption of the impugned trademark by Good Day Oral Care was prima facie not honest and was intended to take advantage of the reputation and goodwill of "GOOD DAY", which also was likely to mislead an average man of ordinary intelligence.

"Therefore, regardless of the fact that there are previous registrations in respect of the mark "GOOD DAY" in favour of other entities, the Plaintiff would still be entitled to approach this Court," the Court observed.

"All the rights and contentions are kept open for consideration at a later stage when the Defendants file their reply, however, at this stage, Plaintiff has established a prima facie case and the balance of convenience also lies in favour of the Plaintiff, and in case an ex-parte injunction is not granted, it is likely to cause irreparable loss to the Plaintiff."

The Court also directed that the impugned domain name 'gooddayoralcare.com' be also suspended.

The Matter will now be heard on December 4.