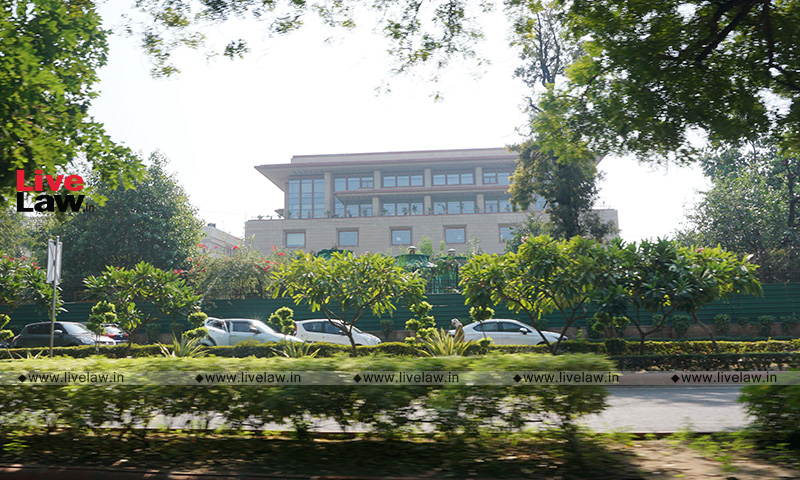 The Delhi High Court has upheld the power of Oil Marketing Companies (OMCs) to formulate Marketing Discipline Guidelines (MDGs) in public interest, i.e., for the benefit of the consumers as well as to protect the rights of the employees at Retail Outlets (ROs).The Division Bench of Chief Justice DN Patel and Justice Jyoti Singh observed,"MDG is a Guideline issued by the...

The Delhi High Court has upheld the power of Oil Marketing Companies (OMCs) to formulate Marketing Discipline Guidelines (MDGs) in public interest, i.e., for the benefit of the consumers as well as to protect the rights of the employees at Retail Outlets (ROs).

"MDG is a Guideline issued by the OMCs, Instrumentalities of the State to regulate the R.O. Dealers."

It added that the ROs are bound by such guidelines.

"The relationship between the OMCs and the Dealers is governed by the Dealership Agreements, under which, more particularly Clause 43 thereof, the Dealers have undertaken to be bound and to comply with the rules and regulations of the Government, including the directives issued by OMCs and thus the MDGs formulated by the OMCs, are binding on the Dealers."

In this case, the OMCs issued amendment to 2012 MDGs, in light of several irregularities observed in the RO dealings impacting the image of the OMCs by customers. Some of the guidelines included directing its RO dealers to:

The RO Dealers had challenged the relevant Clauses of the amended MDGs before a Single Judge of the High Court. The Single Judge had struck down the clauses on various grounds. It was against this decision that the Corporations as Appellant preferred Letters Patent to Appeal.

The division bench heard the Appeals of the ruling on Clauses 43 (Obligations of RO Dealers to faithfully carry out directions of the OMCs), 1.5 (Wages), 5.1.2 (Short Delivery of Products), 5.1.18 (Payment of Wages, Modes of Payment and extension of benefits) and 8.3 (graded penalties in case of major irregularities).

It deemed the OMCs to be instrumentalities of the State, having the jurisdiction to enforce Marketing Discipline Guidelines upon RO Dealers, in accordance with the Directive Principles of State Policy, Article 43 of the Constitution and other relevant statutes namely, Legal Metrology Act 2009, Industrial Disputes Act, associated Labour Law legislations such as Employees' Provident Funds and Miscellaneous Provisions Act 1952, Minimum Wages and relevant Schemes issued by the Central government.

Thus, the bench partly quashed the Single Judge ruling, and held the following:

1. Power of OMCs to issue MDGs: OMCs power to issue MDGs to RO dealers vide the contractual relationship flowing from the Dealership Agreement between the OMCs and RO dealers, as vested under Clause 43 of the Dealership Agreement, giving power to the OMCs to issue MDGs. Clause 43 of the Agreement, effectively quashes all claims of RO dealers to exclude OMCs from claims of "privity of contract" with workers, escaping any beneficial arrangements accorded to workers as accorded to them vide Dealers' Margins for transfer to workers and any Marketing Discipline Guideline. The court cited various High Court decisions including the Delhi High Court in upholding this power of OMCs.

2. Wages and Benefits to Employees: The various benefits and enhancement of wages/application of Central Government schemes accorded to workers of RO dealers under the amended MDGs 2012 in 2017, on account of conformance with constitutional mandates under A 43 of the Constitution and having adequately compensated the ROs on account of such benefits under revised Dealers' Margins, as agreed by the ROs while entering into the Dealership Agreement. Non-disbursement of such benefits would amount to unjust enrichment as the RO dealers had encashed the revised Dealers' Margins incorporating such benefits. Further, the minimum conditions required for schemes such as Minimum Wages Act 1948 and voluntary nature of Schemes such as Pradhan Mantri Suraksha Bima Yojana, cannot be excused by the RO dealers in case of non-fulfilment of such conditions or the voluntary nature. The benefits accorded by the Statutes could be bindingly expanded upon vide the Dealership Agreement, to further the welfare of employees.

The Court, while citing Article 43 of the Constitution observed that the phrase "or in any other way" gives the State instrumentality the mandate "living wage, conditions of work ensuring a decent standard of life and full enjoyment of leisure and social and cultural opportunities". Further, there being no bar in welfare legislations such as Minimum Wages Act to increase the wages above the Minimum Wage, the OMCs being State instrumentalities having monopolistic control over oil products, were constitutionally mandated to ensure living wage of workers, above and beyond the minimum benefits to workers provided by the States. The Court cited Hon'ble Supreme Court decision KT Plantation (P) Ltd. v. State of Karnataka, (2011) 9 SCC 1 in arriving at this holding.

The Court, also rejected the ruling of the Single Judge, that the OMCs could call upon and directly accord the benefits of the Central Government Schemes, as that would have been logistically unfeasible. Further, the RO Dealers were bound by the terms of the revised Dealers' Margins to transfer all enhanced benefits to workers as it received via the margin.

3. Requirement of re-calibration upon suspension of sales before recommencement of sales in accordance with the objectives of the Legal Metrology Act 2009 to ensure high standards of service in selling of petroleum products with a caveat to ensure speedy process. The Court, being a judicial entity, found no reason to interfere with the expertise of the Corporations in its calibration process, furthering the objectives of the Legal Metrology Act. Further, the Court rejected the Single Judge ruling mandating prescription of timeline in case of imposing re-calibration as the same would give a handle to the dealers in manipulating the time stamp of notice of errors in delivery.

4. Payments of salaries via e-payment to ensure transparency in payment of workers and prevent workers being subject to irregularities by RO dealers. The court rejected concerns of practicality as the dealers conduct other aspects of business in online mode. Further, for remote areas, the court made out the situations being of an exceptional nature may be adjusted via alternate modes of payment after due intimation to OMCs. E-payments being an advancement of technology, was held to be a sound addressal of issues arising out of labour law legislations such as Industrial Disputes Act vis a vis status of workman or amount of wages.

5. Graded penalties for violations of stated irregularities, thereby giving powers to issue lesser penalties to OMCs apart from termination of Dealership Agreement in case of contractual violations. Since the OMCs are accorded with the power of termination, it is implicitly vested with the power to issue lesser penalties acting as a deterrent for malpractice while at the same time preventing the extreme step to terminate the agreement in case of irregularities.

6. The division upheld the Single Judge ruling on the discretion of RO managers for determining the scope of extension of toilet facilities at site of employment.