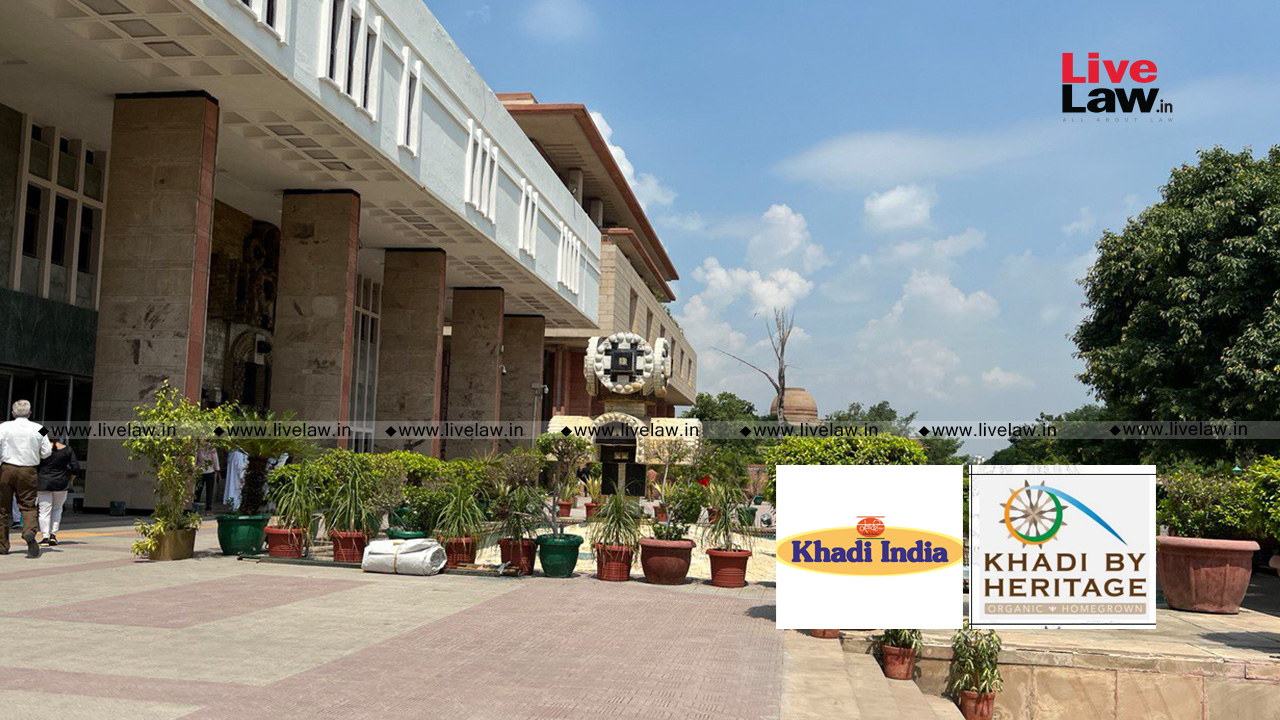 The Delhi High Court has granted permanent injunction against KHADI BY HERITAGE, engaged in selling of PPE kits, hand sanitizers and fireballs, in the trademark infringement suit filed by KHADI observing that there was a "reasonable expectation" that the latter misused the former's trademark to promote its products.

"Such misuse of the Plaintiff's mark 'KHADI' cannot be condoned by the Court, inasmuch as the mark and the name, as also, the logo, have been identically used by the Defendants. The use by the Defendants is deliberate, conscious and mala fide in nature."

Khadi & Village Industries Commission, a statutory body, had filed the suit claiming to be the registered proprietor of the mark 'KHADI' along with the 'Charkha Logos'. It also hosts the website under the domain name 'www.kviconline.gov.in' which was registered since 1st July, 2010.

It was the plaintiff's case that the Defendants were using the trading style 'KHADI BY HERITAGE', the corporate name as also, the mark and the 'Charkha Logo' in various forms.

It was stated that on the website operated by defendants, they used 'Charkha Logos' and the trademark 'KHADI BY HERITAGE', and claimed to be the "manufacturers of Organic, Natural & Eco-Friendly Cosmetic and allied Products under the name and brand of KHADI BY HERITAGE".

Thus, it was the case of the Plaintiff that the use of the trademark 'KHADI' especially in relation to medical products raised enormous concerns in respect of the quality of these products apart from constituting violation of various statutory and common law rights.

"This Court is of the opinion that the Plaintiff, being the registered owner of the trademark 'KHADI' and its variants, since the year 2014 with the user claim of 1956 in several classes in Hindi and English, is entitled to protection of the said mark. Even the 'Charkha Logo', depicted hereinabove, was adopted by the Plaintiff in the year 1956 and has been used extensively on the products and services provided by the Plaintiff. Further, the mark 'KHADI' has been protected repeatedly by this Court, as well as, in a number of INDRP and UDRP proceedings," the Court said.

The Court was of the view that the sale of PPE kits, masks, hand sanitizers, fireballs, etc. by the Defendants, under the mark 'KHADI', 'KHADI INDIA' along with the 'Charkha Logo' would be a complete violation of the Plaintiff's rights in the same.

"Such use would also result in causing irreparable confusion to the consumers, who may believe the Defendants' products to be genuine. In fact, in the opinion of this Court, the use of the mark and name 'KHADI BY HERITAGE' seeks to evoke a connection with or affiliation to the Plaintiff, which is the exclusive owner and user of the mark 'KHADI'," it added.

The Court concluded that the Defendants' use of the mark 'KHADI' would be violative of the Plaintiff's rights in the said mark, and that such use would also cause immense harm to the consumers in view of the nature of the products which are being sold by the Defendants.

"Accordingly, a decree of permanent injunction is granted, in terms of the reliefs as sought in paragraph 51 (a) and (b) of the Plaint, restraining the Defendants, Defendants' agent, representatives and distributors from manufacturing, selling, offering for sale any goods or services under the impugned mark and logo 'KHADI BY HERITAGE', the KBH logo, as also, any other marks/logos identical or deceptively similar to the Plaintiff's mark 'KHADI' and the 'Charkha logo' in respect of any goods and services, without a license or consent from the Plaintiff," the Court ordered.