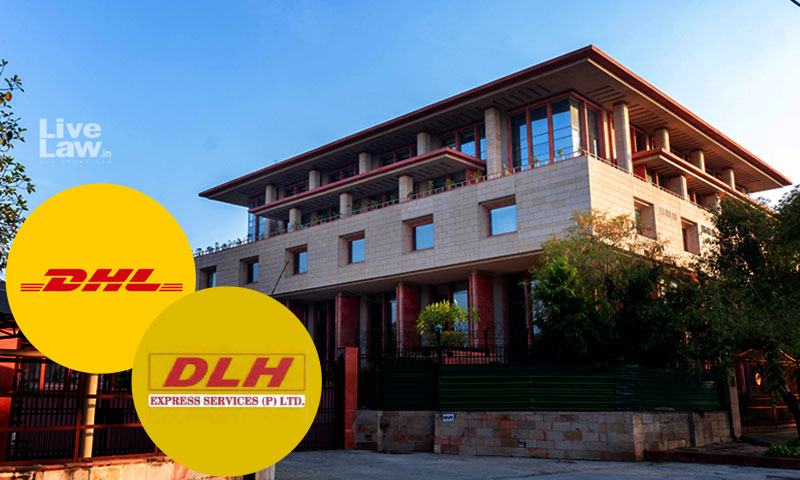 Delhi High Court recently granted permanent injunction in favour of DHL International, a well recognized courier service company, against DLH Express services, holding that the two trademarks are identical and deal in similar services. Justice Prathiba M. Singh observed: "Considering the fact that the Defendant has already changed the name DLH and the use of the impugned mark has...

"Considering the fact that the Defendant has already changed the name DLH and the use of the impugned mark has also been stopped, this is a fit case for grant of permanent injunction in favour of the Plaintiff, by way of summary judgment. Accordingly, the suit is decreed in terms of the paragraphs 61(a) to 61(c)."

The Plaintiff - DHL International GmbH, a German company had filed the suit seeking permanent injunction restraining infringement of trademark, trade dress, dilution and tarnishment, passing off, damages etc., against the Defendant - DLH Express Services Private Ltd. It was claimed that DHL is a distinctive logo and trade dress, which was initially adopted in 1969, has evolved over the year.

The grievance in the present case is that the Defendant is using the mark DLH for its courier services. The Plaintiff acquired the knowledge of the Defendant sometime in January, 2020 when it came across the Defendant's mark 'DLH Express Services Pvt. Ltd.,' with Application bearing no.3147906 in class 39 dated 31st December, 2015.

Aggrieved by the same the plaintiff moved Delhi High Court. On the last date of hearing the court had granted ex parte injunction.

Plaintiff argued that a search conducted on Google would also show that when the name of the Defendant is added on the search bar, the Plaintiff's search results show up. Thus, it shows that there is hardly any difference between the Plaintiff and the Defendant's marks. Accordingly, a decree is sought to be passed in terms of the prayer clause for injunction.

The Defendant argued that they have already changed their name from DLH Express Services Pvt. Ltd. to M/s. Dogra's Cargo Express Private Limited with effect from 29th January, 2021. They further submitted that they were actually collecting the courier packets from customers and was availing of authorized channel business partners of the Plaintiff for dispatching the goods/packets. He further submits that the Defendants do not intend to use the mark DHL, DLH or the logo for the services provided by it.

Court also noted that after perusal of records it appears that the mark DHL enjoys enormous goodwill and reputation owing to extensive use almost in all the countries of the globe. The courier services of the Plaintiff are especially popular in the international courier and logistics space.

"The Plaintiff is one of the biggest freight companies in the world with huge turnover. The mark DHL having been adopted from the initials of the names of the founders is an extremely distinctive and arbitrary/inventive mark. It would be entitled to the highest protection. The Plaintiff's logo is also a distinctive logo, which is easily recognizable. The Defendant has copied the name DHL as also the logo. A perusal of the above two representations leaves no matter of doubt as to the fact that the use of the mark DLH would be violative of the Plaintiff's statutory and common law rights. The admission/denial in this matter has been completed and a large number of the documents stand admitted and have been exhibited."

The Court also opined that the DHL mark is a well known mark and the two marks are identical in nature and both companies deal in similar services.

"In light of this settled legal position on the recognition of well-known marks and owing to the extensive evidence placed on record showing the global use of the mark DHL and continued use of the mark DHL in India as also the registrations and the independent third party write-ups and articles, and enforcement actions which are placed on record, this Court unhesitatingly holds the mark DHL to be a well-known mark, especially in the field of logistics, freight transport, courier services, international money etc. The remaining reliefs are not pressed for. No further orders are called for in this matter." Court said.

In the above terms the suit was disposed of.