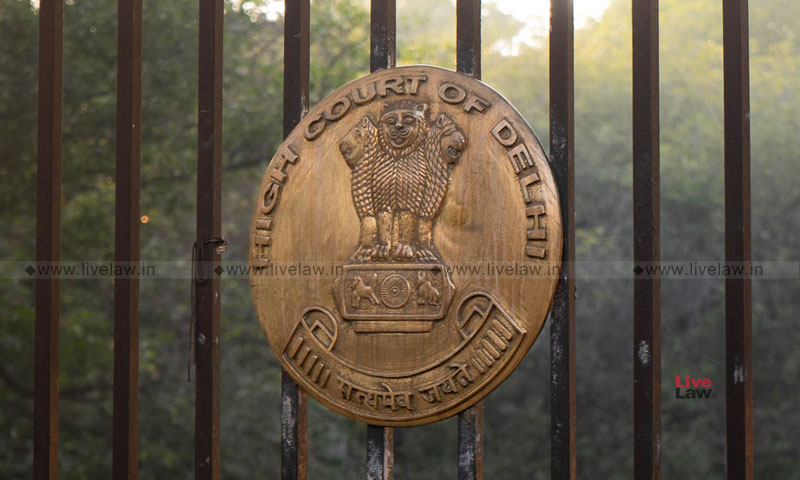 The Delhi High Court on Tuesday (03rd November) denied to extend the benefit of Anticipatory Bail to well-known Yoga Teacher Swami Ganeshanand in a matter wherein he is accused of sexually harassing a 17-year-old girl.The Bench of Justice Prathiba M. Singh was hearing Swami Ganeshanand's anticipatory bail plea in connection with FIR No.215/2020 under Sections 354-A and 509 of IPC and Section...

The Delhi High Court on Tuesday (03rd November) denied to extend the benefit of Anticipatory Bail to well-known Yoga Teacher Swami Ganeshanand in a matter wherein he is accused of sexually harassing a 17-year-old girl.

The Bench of Justice Prathiba M. Singh was hearing Swami Ganeshanand's anticipatory bail plea in connection with FIR No.215/2020 under Sections 354-A and 509 of IPC and Section 12 of Protection of Children from Sexual Offences Act, 2012.

The Complainant, aged 17 years old, had alleged that on 14th May, 2020, at about 11:00 P.M while she was studying in her house, the Petitioner had clicked 4 to 5 photographs of her and made obscene gestures towards her.

She submitted that there are many other FIRs which have been lodged against the Petitioner by women in the neighbourhood, and he is a habitual offender

On the other hand, the Petitioner stated that the allegations made in the complaint are false. The Senior Counsel appearing for the petitioner, further submitted that after the filing of this petition, during the period when interim protection was granted by the Court, the Petitioner had moved out of the colony where the Complainant resides, in order to avoid any allegations of harassment or threats against him.

It was further submitted that the Petitioner's family consists of his wife, a daughter who is of marriageable age, and a son. He also submitted that the crime is not so heinous, so as to warrant custodial interrogation or judicial custody.

Status reports of the Police

The status report filed by the Police confirmed that the Petitioner had installed the camera in front of the house of the Complainant.

In the second status report, the Court was informed that during the course of the investigation, efforts were made to arrest the Petitioner, but he had absconded and thereafter preferred the two anticipatory bail petitions before the ld. ASJ.

Notice was also issued to the Complainant. On 5th August 2020, after hearing the Complainant's mother, certain further conditions were imposed on the Petitioner while continuing the interim order.

The Complainant was allowed to avail the services of a legal aid lawyer and was also permitted to file her objections to the petition. The Complainant then filed her reply to the Petition.

In the reply, she opposed the grant of bail and alleged that the Petitioner continued to level threats. Along with the reply, the complainant annexed a photograph of a painted board which read: "We will be back in the Game Bitches."

Upon perusing the reply and the photograph filed by the Complainant, a further status report was called for after ascertaining as to who was responsible for painting the above sentence.

In respect to this, the status report filed stated that no conclusion could be arrived at as to who painted this at the Complainant's gate.

The Court took into account the various status reports which were filed, which revealed that there are several other FIRs which have been lodged against the Petitioner for similar offences.

"The Petitioner is stated to be a Yoga teacher who has some influence in society. Moreover, while this Court had granted interim protection, the Complainant continued to submit before this Court that regular threats are being extended to her and her family by the Petitioner."

"Though, after the filing of this petition, he is stated to have cooperated in the investigation, the fact that he had initially absconded and the further fact that there are repeated allegations being made against him by women, residing in the same neighbourhood, are essential to be considered. In the present case, the investigation has not yet concluded and the Petitioner does have the propensity to influence the investigation."

Lastly, in light of various FIRs which have been registered against the Petitioner in this case, and similar complaints having been made by other unconnected women, from the same neighbourhood, against him, along with the fact that he had initially absconded from the investigation, the Court rejected his prayer for anticipatory bail.

Accordingly, the petition was dismissed. The Petitioner was directed to immediately surrender before the authorities. The Petitioner's remedies to seek regular bail, however, have been kept open.