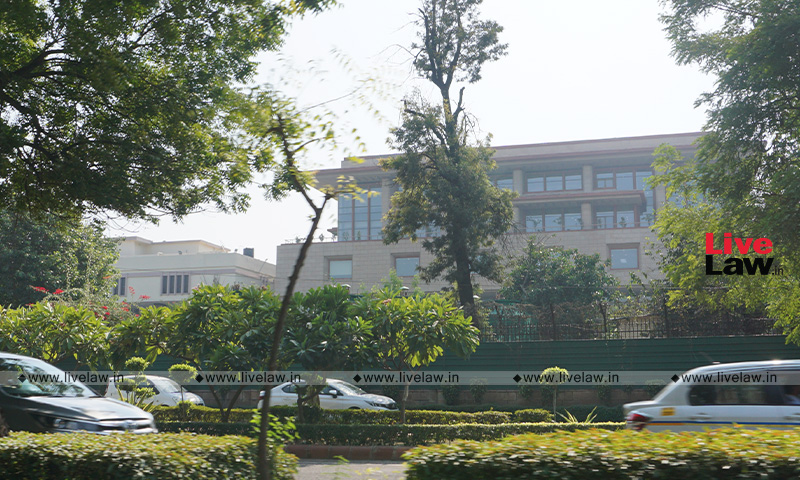 Delhi High Court on Wednesday stayed CCPA guidelines that prohibited hotels and restaurants from levying service charges on bills. The said regulations instituted by the CCPA for the prevention of unfair trade practices and protection of customer interest state that- "...Service charge is being levied in addition to the total price of the food items mentioned in the menu and applicable...

"...Service charge is being levied in addition to the total price of the food items mentioned in the menu and applicable taxes, often in the guise of some other fee or charge. It may be mentioned that a component of service is inherent in the price of food and beverages offered by the restaurant or hotel. Pricing of the product thus covers both the goods and services component. There is no restriction on hotels or restaurants to set the prices at which they want to offer food or beverages to consumers. Thus, placing an order involves consent to pay the prices of food items displayed in the menu along with applicable taxes. Charging anything other than the said amount would amount to unfair trade practice under the Act."

Justice Yashwant Varma asked the CCPA where and how it gets the idea that the payment of service charge is voluntary or not. The CCPA stated that the conclusion was reached on due to numerous complaints filed with the CCPA, registered on the National Consumer Helpline, stating that restaurants and hotels were levying service charge in the bill by default, without informing consumers that paying such charges is voluntary and optional.

The court noted that it was only Clause (i) of Section 2(47) of the Consumers Protection Act that referred to the pricing of items in the context of "unfair trade practice". The said provision states that-

"Unfair trade practice" means a trade practice which, for the purpose of promoting the sale, use or supply of any goods or for the provision of any service, adopts any unfair method or unfair or deceptive practice including-materially misleads the public concerning the price at which a product or like products or goods or services, have been or are, ordinarily sold or provided, and, for this purpose, a representation as to price shall be deemed to refer to the price at which the product or goods or services has or have been sold by sellers or provided by suppliers generally in the relevant market unless it is clearly specified to be the price at which the product has been sold or services have been provided by the person by whom or on whose behalf the representation is made..."

The court, while recording the undertaking by the restaurants that there will be no service charge on takeaway food orders noted that–

"The matter requires consideration, until the next date of listing, the directions as contained in para 7 for the impugned communication/guidelines of July shall remain stayed. The members of the petitioner association shall ensure that levy of service charge in addition and the obligation of customers to pay the same is duly and prominently displayed on the menu or other place where it may be deemed to be expedient. The members of the petitioner associations further undertake not to levy or include service charge on any takeaway orders."

The court stated that the stay was subject to the members of the petitioners ensuring that the levy of service charge in addition to the price and taxes and obligation of the customer to pay the same is duly and prominently displayed on the menu or other places.

In the last hearing, the petitioners had submitted that the levy of service charge is a matter of contract and the decision of the management and once the customer places the order after being made aware of the terms and conditions, a binding contract comes into existence. Thereafter, no authority can interfere with the binding nature of a valid contract until and unless it is shown and proved to be unconscionable or is an unfair trade practice, the petitioners had submitted.

The Court asked Respondents to file their response and the hearing is to be held next on November 25, 2022.