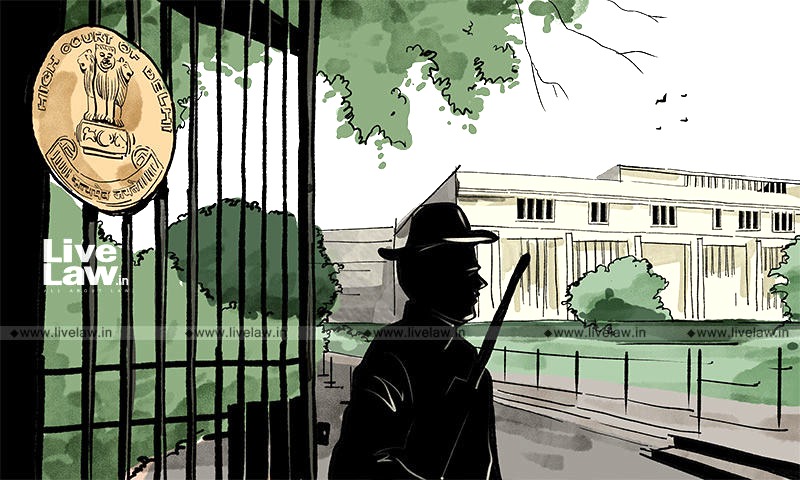 The Delhi High Court on Wednesday continued hearing a bunch of pleas challenging the vires of Street Vendors Act, 2014.Justice Vipin Sanghi and Justice Jasmeet Singh heard Senior Advocate Sanjeev Ralli appearing for the petitioners, who have challenged the legislative competence of the Central Government to enact the impugned Act of 2014.During the course of hearing today, Ralli submitted...

The Delhi High Court on Wednesday continued hearing a bunch of pleas challenging the vires of Street Vendors Act, 2014.

Justice Vipin Sanghi and Justice Jasmeet Singh heard Senior Advocate Sanjeev Ralli appearing for the petitioners, who have challenged the legislative competence of the Central Government to enact the impugned Act of 2014.

"The planning of street vending is something which till now has remained part of the master plan itself," Ralli added.

He also submitted whenever a TVC is to be formed, what needs to be seen is whether there can be a departure of principles adopted by the Advisory Council of the DDA or not.

Ralli further drew an analogy between the Town Vending Committee under Street Vendors Act and Advisory Council under Delhi Development Act, 1957 to argue that the functioning of the two is same.

"Role of the TVC is advisory and recommendatory, to deal with vital issues in terms of location of place as to where vending has to take place, how much vendors are to be placed, what will be the holding capacity and ultimately the norms are laid down as to which are the vending and non vending zones. This exercise is similar to the exercise conducted by the DDA along with advisory board so far as the Delhi Master Plan is concerned," Ralli submitted.

Highlighting relevant provisions under the Delhi Development Act, especially those dealing with Advisory Council, Ralli showed the similarities between the said Act and the Street Vendors Act in terms of the authorities and its members.

To this, Justice Sanghi responded thus:

"How many people are there in the authority? How many are elected? The point is, most of them are coming from administration. There is bureaucracy. How many are non bureaucrats? The authority whose mandate is the carry out plan in Delhi is the core body. 10 people are from non elected person. Five are elected. That is the split."

Relying on Section 22 of the Street Vendors Act, Ralli pointed out that it has to be seen that the sizeable presence of the street vendors read with the representation or associations which is about 40 percent is reasonable or not.

"…then in terms of its implementation and functioning of the TVC, would it lead to a situation that 44 percent persons are having self serving interest," Ralli said.

To this, the Court said:

During the hearing, while Ralli was backing up his submissions while relying on relevant judicial decisions on the subject, Justice Sanghi orally remarked thus:

"What Courts do is a thankless job. They only earn ire of the populist."

To this Ralli responded:

"If the Court is made to feel like that then where are we proceeding to. Be it any community from the smallest to the biggest, whenever anything happening is unfair etc, everyone comes before your lordship. If your lordship is not going to come up, if this activity is not stopped, what kind of system we are going to have?"

The matter will now he heard on December 8.

Earlier, Ralli had pointed out that under Entries 26 (Trade and commerce) and 28 (Markets and fairs) in State List under the Seventh Schedule to the Indian Constitution, it is the State Government which is empowered to enact laws pertaining to markets, which includes street vending.

He added that four entries under the Concurrent List, i.e., Entries 20 (Economic and social planning), 22 (Trade unions; industrial and labour disputes), 23 (Social security and social insurance; employment and unemployment), 24 (Welfare of labour), do not cover this subject as such and hence the Centre could not have framed a law regulating street vending.

Previously, the bench had expressed its displeasure over the fact that there are no experts in the Town Vending Committee and that it would like to hear the challenge so as to ascertain the flaws and the fallacies in the implementation process.

It also remarked that prima facie it seemed that something had to be said on the implementation of the Act.

Previously, pulling up the Delhi Government over the implementation of the Act, the bench remarked "No more of politics, populism…Please get down to some real work."

The Bench also cautioned the authorities that the market associations can have a maximum representation of 40% on the TVC, in spirit of the 2014 Act.

The Bench however made it clear that it is not against vendors or squatting activities. "Why are you saying this order is anti-anybody? We're only saying no illegal vending. Why should any illegal hawker be there in the first place?" Justice Singh had said.

"We're not against squatters; they are an essential part of our community. They are honest people, haven't taken law in their own hands, are not snatching chains. They're trying to make out a living for themselves and their families. They are our citizens; our people," it had added.