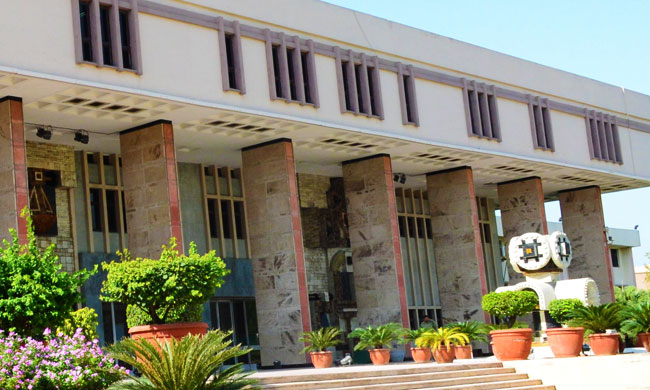 The Delhi High Court has released the report on its pilot project titled "Zero Pendency Courts", finding, among other things, that the Capital needs 43 more judges above the current strength of 143 to clear all the pending cases in one year.

Here is the ideal judge strength data provided by the report:

The inspiration for the project was a remark by former Chief Justice of India, Justice MN Venkatachalaiah in a conversation with Justice S. Ravindra Bhat, one of the members of the State Court Management Systems Committee (SCMS) of the Delhi High Court. He suggested a "Courts 2.0" project to carry out a detailed data analysis of performance levels of courts that are not burdened with arrears. This idea gave birth to the project, which began in January, 2017.

The project designated courts without any arrears and backlog of previous cases (pilot courts). As a part of the project, 11 Pilot courts and 11 Reference courts were chosen from different areas spread out across Delhi. Each of the 11 pilot courts was tagged with a reference court of similar jurisdiction and regular workload to enable scientific comparison. The purpose was to analyse and distinguish between the functioning of the pilot courts with that of the reference courts.

A Bengaluru-based civil society organization, "Daksh" assisted the court with the designing and building of an application for collecting the requisite data. The app allows easy recording and analysis of the details of day to day hearings. It also provides several dashboards in the form of interactive charts and figures summarising the functioning of courts.

Post-December 2017, the outcomes of the hearings and time spent on different stages were also being recorded in the app. Further, the court staff was recording the reasons for adjournments, within the app in all the courts under review. The objectives of the project were:

Among other things, it found that the factors contributing to the delay in disposal of cases included absence of witnesses, adjournments sought by counsel and parties, delay in service of summons and one of the parties being outstation.

The report acknowledges that one of the most important causes for delay is often attributed to lack of judges, noting, "Having an adequate number of judges that can handle the incoming case flow is important, failing which the backlog of cases would only increase. With lesser number of judges, the workload of an individual judge would increase thus, putting more pressure on judges. It is therefore important to arrive at an optimal judge strength to handle the cases pending in the system."

It also lists down the bottlenecks faced by these pilot courts and suggests best practices to tackle these issues. For instance, to address the issue of delays, it suggests measures such as use of electronic apps/ technology for service of parties/witnesses; discouraging of adjournments and penalization of frivolous adjournments by imposition of costs; examination of witnesses on the date on which they are summoned, etc.

It concludes with the hope that the data put together would be analysed further for understanding and improving the processes in place for disposal of cases. It says, "There is no doubt that the data collected from the pilot and the reference courts has ample potential. While the report examines some of the aspects of the data, various kinds of analyses can be further carried out with the help of this data. It is important to translate the learnings and findings from this study into policy decisions that can have a positive impact on case life and help in combating delay in courts. The project can go a long way in providing judges, advocates, litigants, and researchers a deeper understanding of a case life and different variables that have an impact on disposal of cases."