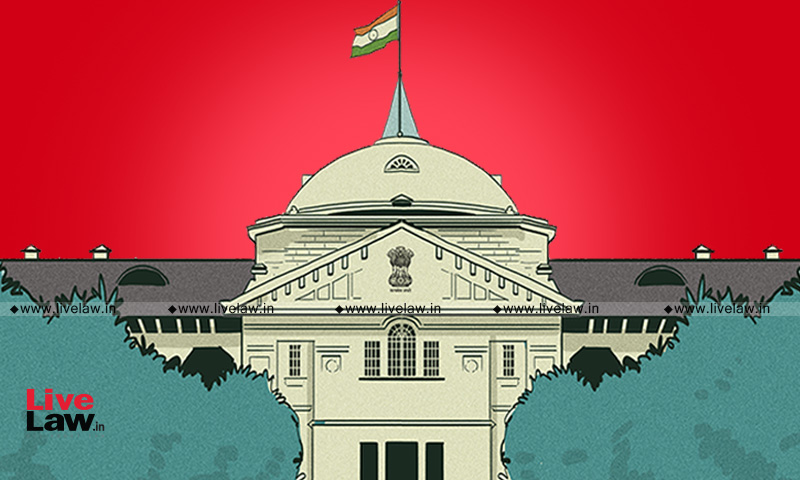 The Allahabad High Court has set aside the detention order passed against former Minister of State and MLC Kamlesh Pathak under the National Security Act, 1980 in connection with a March 2020 double murder case. This order has been passed by the division bench of Justice Sunita Agrawal and Justice Sadhana Rani Thakur in a habeas corpus petition filed by Pathak (Detenue/Petitioner) to quash...

The Allahabad High Court has set aside the detention order passed against former Minister of State and MLC Kamlesh Pathak under the National Security Act, 1980 in connection with a March 2020 double murder case.

This order has been passed by the division bench of Justice Sunita Agrawal and Justice Sadhana Rani Thakur in a habeas corpus petition filed by Pathak (Detenue/Petitioner) to quash the impugned detention order passed by the District Magistrate, Auraiya in January 2021 and orders passed on different dates in March, April, July, and October 2021 extending detention of the petitioner.

The detention order was passed by the District Magistrate, Auraiya exercising the power under Section 3(2) of the National Security Act, 1980 on January 10, 2021. This order was passed in connection with a double murder case wherein Pathak allegedly killed Advocate Manjul Chaubey and his sister Sudha Chaubey due to some Temple property dispute.

Arguments made by the petitioner

It was the argument of the petitioner that the satisfaction recorded by the District Magistrate was not based on cogent material and the material facts were suppressed by the sponsoring authorities.

Consequently, it was submitted that the delay on the part of the concerned Authority in strictly complying with the provisions of the National Security Act, 1980 had rendered the detention of the petitioner illegal.

It was lastly argued that however, on the date of hearing of the petition, the total period of detention was almost about to expire, but since by the detention of the petitioner, his right as guaranteed under Article 22 (5) of the Constitution of India had been seriously infringed, the detention order dated was liable to be quashed.

The Court, at the outset, observed that the detaining authority, without making a proper inquiry to record its satisfaction on the facts that since bail application had not even been moved in two cases against him, could not have been recorded satisfaction of likelihood of the petitioner being released on bail, and therefore, the Court found that the detention order was vitiated on this ground itself.

Further, regarding a six-day delay in considering the representation of the petitioner by the Central Government, the Court noted that the explanation offered by the State Government for the delay was an eyewash.

The Court observed thus as the state government submitted that the representation of the detneue was sent through speed post and, the delay was probably because of intervening Republic Day, the adverse circumstance due to Covid-19 and the protest of the farmers at the relevant point of time.

"Considering the constitutional obligation of the decision making authority to consider the representation of the detenu without any delay it was required that the representation should have been sent through the special messenger to ensure timely and speedy delivery of it to the concerned offices. The casual attitude of the concerned office in sending representation through speed post shows complete lack of understanding or ignorance of the legal provisions and the constitutional obligation of the government, be it the State or Central Government."

Regarding the argument that the farmers' protest contributed to the delay, the Court remarked thus:

"...during 28.1.2021 to 3.2.2021, the Covid-19 graph was very low and all emergency services were opened up. In what manner the protest of the farmers had affected the speedy delivery in sending the representation has not been explained. Thus, the clarification of the State Government is far from convincing."

In these circumstances, holding that the detention order was vitiated and had to be set aside, the Court noted that the order had outlived its life for the fact that the writ petition could not be heard and decided within the period of 12 months, the maximum period prescribed in Section 13 of National Security Act, 1980, no other direction had to be issued. With this, the writ petition was allowed.

Case title - Kamlesh Pathak v. Union Of India And 3 Others