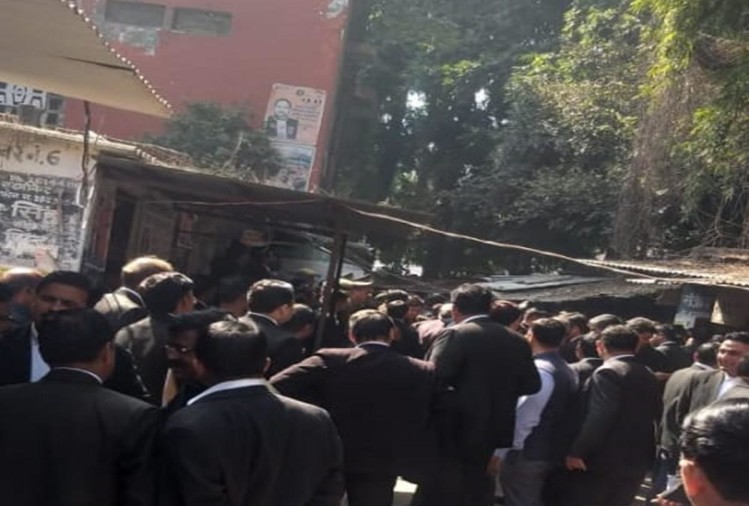 Three persons were injured in a crude-bomb blast in the premises of a court in Lucknow, reported the PTI.

The explosion happened in  at the Wazirganj civil court premises around 12.30 PM on Thursday. One person has sustained major injuries, while the injuries on two others are minor in nature.

As per a report of India Today, the blast was a result of a dispute between two groups of lawyers on a complaint. The bomb blast is believed to be an attempt to attack a lawyer present in the court. Sanjeev Lodhi, joint secretary of the Lucknow bar association, claimed he was the target.

The police said that the the bomb used was a locally made explosive device. Three live bombs were recovered by the police.

Incidents of violence within court premises of Uttar Pradesh have been reported in the recent past.

In June 2019, UP Bar Council Chairperson Advocate Dharvesh Yadav was shot dead in the premises of Agra Civil Court. She was shot by another lawyer named Manish Sharma. After the attack, he fired a shot at himsel after the attack, and succumbed to those injuries few days later.

In March 2019, a lawyer was shot dead in a court campus in Basti district.

A PIL seeking enhanced security measures for lawyers in courts across the country is pending in the Supreme Court.