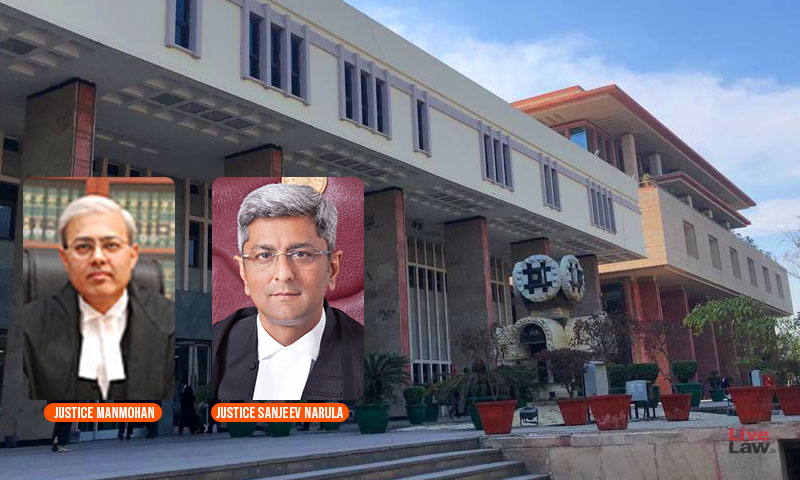 The Delhi High Court has held that the failure of the assessing officer to adhere to the "mandatory requirement" of Section 144C(1) of the Income Tax Act, 1961, will invalidate the final assessment order.Section 144C(1), inserted in the Act by 2009 amendment, states that Assessing Officer should forward the draft of the proposed assessment order to the eligible assessee if any variation of...

The Delhi High Court has held that the failure of the assessing officer to adhere to the "mandatory requirement" of Section 144C(1) of the Income Tax Act, 1961, will invalidate the final assessment order.

Section 144C(1), inserted in the Act by 2009 amendment, states that Assessing Officer should forward the draft of the proposed assessment order to the eligible assessee if any variation of the income or loss returned on or after October 1, 2009 is proposed to be made to the prejudice of the assessee. On receipt of such a draft, the assessee will have an opportunity to file objections within 30 days of its receipt.

The Assessing Officer shall, notwithstanding anything to the contrary contained in this Act, in the first instance, forward a draft of the proposed order of assessment (hereafter in this section referred to as the draft order) to the eligible assessee if he proposes to make, on or after the 1st day of October, 2009, any variation which is prejudicial to the interest of such assessee

A division bench comprising Justices Manmohan and Sanjeev Narula held that the provision was a "mandatory requirement" and the failure to comply with it will invalidate the final assessment order.

"The failure by the AO to adhere to the mandatory requirement of Section 144C (1) of the Act and first pass a draft assessment order would result in invalidation of the final assessment order and the consequent demand notices and penalty proceedings", the bench said in the judgment passed in the case Principal Commissioner of Income Tax-4 vs Headstrong Services India Pvt Ltd.

The bench was considering an appeal filed by the Income Tax Department against an order of the Income Tax Appellate Tribunal which dismissed their revision. The ITAT confirmed the annulment of the assessment order due to non-compliance of Section 144C(1).

""Elementary My Dear Watson‟ is a popular phrase often attributed to Sherlock Homes, theEnglish detective in the works of Sir Arthur Conan Doyle. However, it seems, like the present case highlights, nothing is elementary to the appellant, even when the statute uses clear and explicit language, till the superior courts like the High Court and the Supreme Court repeatedly interpret a section", the Court said in the beginning of the judgment.

"Elementary My Dear Watson", Justice Manmohan of Delhi High Court quotes from Sherlock Holmes while admonishing the Income Tax Department for filing an unnecessary appeal.
'Nothing is elementary to the appellant (IT Dept) even when statute uses clear and explicit language'. pic.twitter.com/k5qKTW96uC

Section 144C a self contained provision

"In the opinion of this Court, Section 144C is a self contained provision which carves out a separate class of assesses i.e. „eligible assessee‟ i.e. any person in whose case the variation arises as a consequence of the order of the Transfer Pricing Officer passed under sub-section (3) of Section 92CA. For this class of assesses, it prescribes a collegium of three commissioners, once objections are preferred. Dispute Resolution Panel‟s powers are co-terminous with the CIT(A), including the power to confirm, reduce or enhance the variation proposed and to consider the issues not agitated by the Assessee in the objections. In fact, under Section 144C, the Dispute Resolution Panel can issue directions as it thinks fit for the guidance of the Assessing Officer to enable him to complete the assessment and the Dispute Resolution Panel can confirm, reduce or enhance the variations proposed in the draft order. It is specifically stipulated in Section 144C that every direction issued by the Dispute Resolution Panel shall be binding on the Assessing Officer. This is akin to the Assessing Officer giving effect to an order passed by the Appellate Authority or the Courts.

In the present case, the Court noted, in complete contravention of Section 144C, the Assessing Officer wrongfully assumed the jurisdiction and passed the final assessment order without passing a draft assessment order and without giving the respondent/assessee an opportunity to raise objections before the Dispute Resolution Panel.

"This Court is of the view that till the Income Tax Department ensures that the Assessing Officers follow the mandate of law, in particular, binding provisions like Section 144C and eschew filing of unnecessary appeals rather than in nearly all matters where the Assessing Officer has taken a view against the Assessee, the assessments will not achieve finality for a number of years like in the present case where the case of assessment year 2007-08 stands remanded and restored to the file of the Assessing Officer.", the bench said in conclusion.

The bench chastised the Income Tax Department for filing an "unnecessary appeal" and dismissed it with a cost of Rs 11,000 to be paid to the Delhi Legal Services Authority.