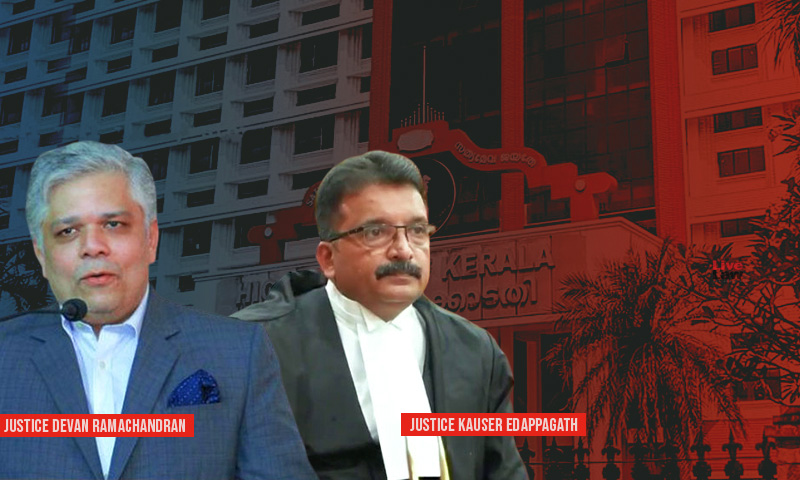 In the course of a special sitting convened by the Kerala High Court to discuss measures to rationalise COVID-19 treatment tariffs across private hospitals, lauded the Government of Kerala for its latest order detailing tariffs for various components of Covid-19 treatment in private hospitals A Division Bench comprising of Justices Devan Ramachandran and Dr Kauser Edappagath orally...

In the course of a special sitting convened by the Kerala High Court to discuss measures to rationalise COVID-19 treatment tariffs across private hospitals, lauded the Government of Kerala for its latest order detailing tariffs for various components of Covid-19 treatment in private hospitals

A Division Bench comprising of Justices Devan Ramachandran and Dr Kauser Edappagath orally observed that it reduced the Court's burden in this respect to a large extent.

At the hearing today, the State Attorney informed the Court that 50% of beds in government and private hospitals, ESIC hospitals, and medical colleges were reserved for Covid treatment. The order notified that rates per day in General Wards of National Accreditation Board for Hospitals & Healthcare Providers-accredited hospitals (NABH hospitals) and non-NABH hospital rates would be fixed at Rs 2910 and 2645 respectively, the State Attorney submitted. The rates, applicable to persons who were not covered by the government's Karunya Scheme (KASP) or government-sponsorship, would operate in nursing homes and private hospitals, the order specifies. The rate would be inclusive of oxygen, medicine and drugs, nursing and boarding charges etc. High end investigations such as CT, HRCT etc. would be excluded. The rates of PPE kits,  medications and such other tests would be governed by the Maximum Retail Price or any other notification or order regulating the same as and when published.

The State Attorney emphasized that rates of RT-PCR tests would be as charged in a previous Government Order capping rate at Rs 500.

As per the new order, District Medical Officers and authorities under the Kerala Clinical Establishments Act and Rules would operate as grievance redressal officers to adjudicate and investigate cases of exorbitant rates being fixed, the State Attorney informed the Court. 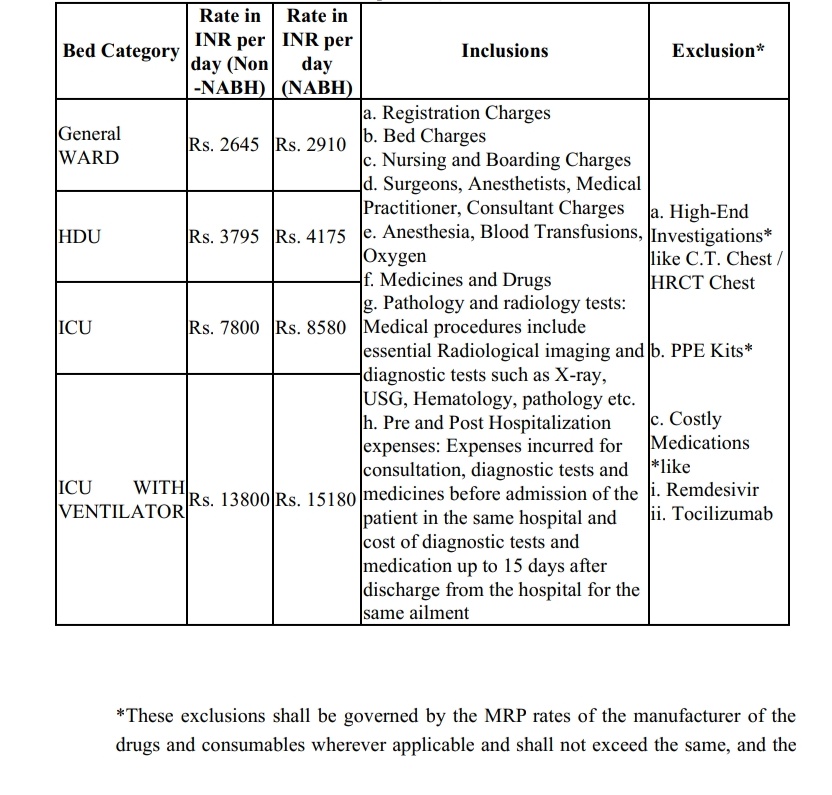 Orally describing the new Order as fantastic, the Court observed that it could be allowed to operate for the next two weeks and then the Court would take stock of compliance/whether changes would be necessary.

In its judgment closing the PIL, the Court stated,

"We have examined the GO very closely. We are more than pleased with the Government's Order...We find these rates to be extremely reasonable."

The Court emphasized that the rates charged on the excluded expenses could be as per actuals.

In the course of the judgment, the Court appreciated the Government for bringing Covid Treatment under the Kerala Clinical Establishments Act.

At the previous hearing, the Bench proposed a list of measures for the state government's consideration.

An important measure posited orally by the Court was whether 50% of the beds in non-empanelled private hospitals could be taken by the State Government, on the lines of the model followed in Andhra Pradesh.

Expressing reservation as to whether the non-empanelled hospitals were setting aside 50% beds for Covid treatment, the Court directed the State Attorney to find out.

The Court therefore directed the State Attorney to obtain instructions on rates charged on 50% of beds that were not reserved in the government's Covid-19 empanelled hospitals and the rates for Covid beds in non-empanelled hospitals. The bench mark rate can be that fixed by the State Health Agency, the Court volunteered.

Other measures proposed by the Court –

Ensuring private hospitals conducted RT-PCR tests at the rate of Rs 500 as fixed by the government.

The Court also instructed the State Attorney to inform it of rates on medical equipment charged outside hospitals, after an impleading counsel Advocate Hariraj pointed out the disparities in prices.

Another suggestion proposed by counsel for the petitioner Advocate Sureshkumar was appointing Sectoral Magistrates to monitor Covid treatment charges in private hospitals. The Division Bench directed the State Attorney to present this suggestion before the authorities as well.

At the outset of the hearing last week, State Attorney KV Sohan had informed the Court that the State Government had convened a meeting with management of private hospitals on Wednesday, following which it was decided to fix the rates that private hospitals could charge for COVID-19 treatment.

This decision, with the rates that can be charged by each hospital will soon be notified in a Government Order, the State Attorney had said.

In an additional submission, he said that the government would be setting-up an authority at the district level and with an appellate authority to decide on infractions of these rates. The orders of the appellate authority would be amenable to judicial review under Article 226, he had stated.

Lauding these measures, Justice Devan Ramachandran had said, "Good! We appreciate the stand, we completely appreciate this stand!"

The special sitting on Thursday followed the High Court's emphatic declaration on Tuesday that it would take up the issue of COVID treatment "with some seriousness." the Kerala High Court convened a special sitting to discuss measures to rationalise COVID-19 treatment tariffs across private hospitals, labs, and diagnostic centers in the state. The efforts from the Court's end came in response to a PIL petition. The petition before the Court was filed by one Advocate Sabu Thomas through Advocates CN Sreekumar, Manju Paul and Sureshkumar C. His plea contended that private medical centers and testing centers charged high prices to "exploit the pandemic situation and fear of people in the society."

Advocate Thomas' pleadings asserted that the state government was bound to take appropriate action or remedial measures to control regularize the high charges imposed by private hospitals for the treatment of Covid-19 patients.

On the second occasion the plea was taken up in Court, the Bench voiced its concern at the petitioner's submissions, and stated,

"when citizens were being pushed to the precipice, the State has an unexpendable role to control and contain profiteering and the chase of lucre by any stakeholder - including private hospitals"

The Bench added that the regulation became all the more crucial since citizens had no reference point as to what defined a fair price.

"Nor is it possible for him to secure access of a price range, based on scientific and acceptable methodology", the Court additionally pointed out.

Ultimately, the Court expressed that the fixing of a price "can certainly be done only by the State."