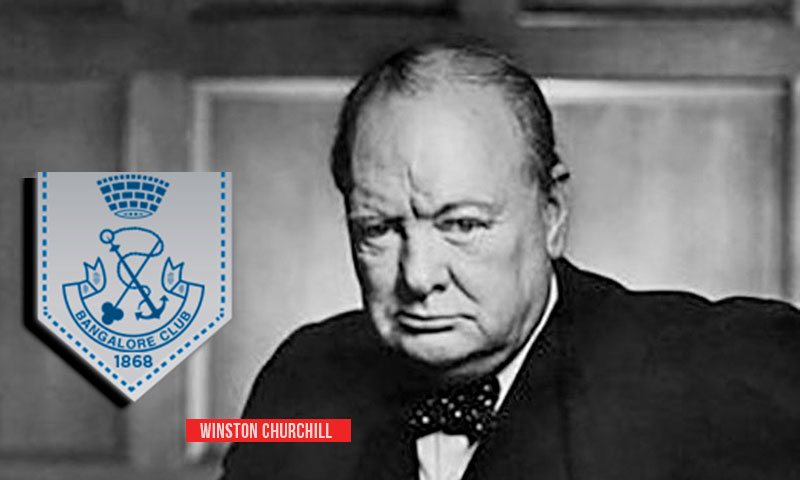 The Supreme Court in its judgment delivered on Tuesday shared an interesting information about the connection between Bangalore Club and former Prime Minister of Great Britain, Winston Churchill.

"In the year of grace 1868, a group of British officers banded together to start the Bangalore Club. In the year of grace 1899, one Lt. W.L.S. Churchill was put up on the Club's list of defaulters, which numbered 17, for an amount of Rs.13/- being for an unpaid bill of the Club. The "Bill" never became an "Act". Till date, this amount remains unpaid. Lt. W.L.S. Churchill went on to become Sir Winston Leonard Spencer Churchill, Prime Minister of Great Britain. And the Bangalore Club continues its mundane existence, the only excitement being when the tax collector knocks at the door to extract his pound of flesh.". Justice RF Nariman observed thus as an introduction to the judgment allowing the appeal filed by the Bangalore Club.

Winston Churchill had become the member of the club at the age of 22, in 1896. The website of the club records that 'as an indelible mark of his Indian days, he left behind a debt of Rs.13/-' at the Bangalore club.' This debt was later written off by the committee in the year 1899. Churchill later become a member of British Parliament. He was the Prime Minister of the United Kingdom from 1940 to 1945, and again from 1951 to 1955.

The club celebrated its 150th-year in December 2018. Justice N Santosh Hegde, a former president of Bangalore Club, had released the commemorative book entitled 'Another World' that traces the club's history and culture.