COVID 19 - 'We Are Pained, Orders Passed By Court Are Being Completely Ignored': Gujarat High Court Bats For Realtime Updates On Availability Of Hospital Beds 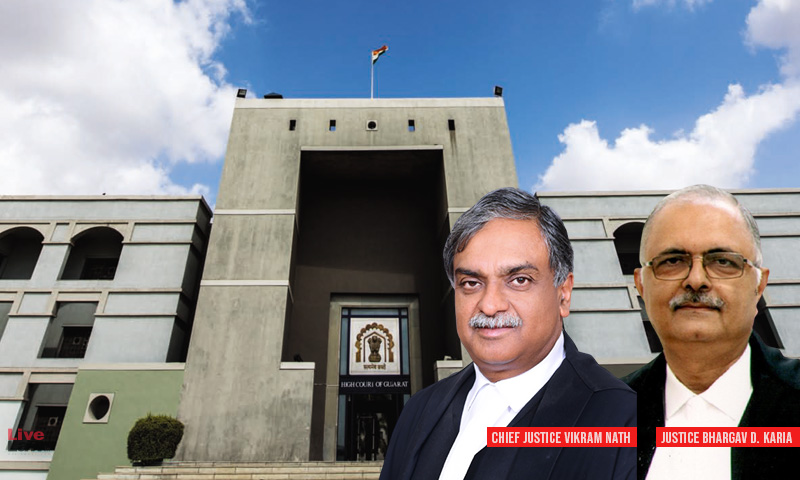 The Gujarat High Court today asked the Ahmedabad Municipal Corporation (AMC) to come up with an online dashboard for providing real-time updates on the availability of different category of beds in different Covid-19 hospitals. "We are very pained at the State's approach and Corporation's approach. Orders passed by this Court are being completely ignored. For last three orders, we...

The Gujarat High Court today asked the Ahmedabad Municipal Corporation (AMC) to come up with an online dashboard for providing real-time updates on the availability of different category of beds in different Covid-19 hospitals.

"We are very pained at the State's approach and Corporation's approach. Orders passed by this Court are being completely ignored. For last three orders, we have been mentioning this issue of real-time updates. But till today, nothing has been done by the State or the Corporation," a Division Bench led by Chief Justice Vikram Nath observed.

The Bench also comprising of Justice Bhargav D Karia was informed by Advocate Mihir Joshi, appearing for AMC that the AHNA (Ahmedabad Hospitals & Nursing Homes Association) website, that updates data on availability twice a day, has been linked with the AMC's official website.

Dissatisfied with the submission, the Chief Justice observed,

"This is only twice a day, not on real time basis. Whereas other corporations that are much smaller than AMC have real-time data available on their websites. Why is Ahmedabad Municipal Corporation lacking behind?
We have been wanting a dashboard with complete information of all the hospitals on a real time basis. As and when a patient is admitted, that vacancy will go as occupied. As soon as a patient is discharged, a vacancy will be added."

The Chief Justice insisted that patients should not be made to run from one hospital to another and that updated information should be available at one place.

During the hearing, the issue of hospitals admitting only those patients who arrive in a Government-run 108 Ambulance was also raised.

In its previous order, the High Court had discouraged such a policy and had asked the Government to ensure that no person is denied treatment on the above ground. Thereafter, the policy was pulled down.

Today, Advocate Mihir Joshi submitted that the above policy was not irrational and that 108 Centralization was done in public interest. He insisted that the policy was made applicable only on free beds for patients who are not as well off and rely only on Government run ambulances for treatment.

He submitted that given the serious shortage of beds, a Central Controller will enable efficient allocation of beds.

The Controller will be informed about condition of the patient, oxygen requirement, etc. and he will make the allotment accordingly. Otherwise, private cars with a critical patient may rush to hospitals not having oxygen beds. Thus, it was considered necessary in interest of common man, that the 108 policy be notified," Joshi submitted.

Unconvinced, the Chief Justice stated, "Mr Joshi, the centralised system was such a big failure. People were waiting for 108 Ambulance for 48 hours..."

At this juncture, Joshi insisted that the solution to this was not scrapping the policy but simply increasing the number of Ambulances.

"There were queues of your Ambulances outside your hospitals," the Chief Justice remarked stating that the policy has not worked out properly.

The Court also heard various applications filed in the matter, seeking reliefs and setting forth suggestions on various issues attached to management of the pandemic.

Senior Advocate Percy Kavina submitted that the conditions in rural areas was dismal. He submitted:

On the issue of black marketing of Covid-19 medicines, Oxygen cylinders, etc., Kavina suggested that the State Government should come out with a Complaint Number. This, he said would have a deterrent effect on the miscreants.

Advocate Shalin Mehta submitted that due to shortage of oxygen, many hospitals are not providing sufficient Oxygen to the patients. He stated that were a person requires 5ltr., he is being administered only 1ltr.

"Then the Oxygen is going to waste," the Chief Justice promptly remarked.

Mehta thus sought a general direction to all the hospitals that Oxygen should be administered as per requirement of the patient and advance steps must be taken for procurement accordingly.

To be Updated with Order