GST Refund To Be Granted To The Entity Who Borne The Tax Burden: Gujarat High Court Allows GST Refund To Service Recipient 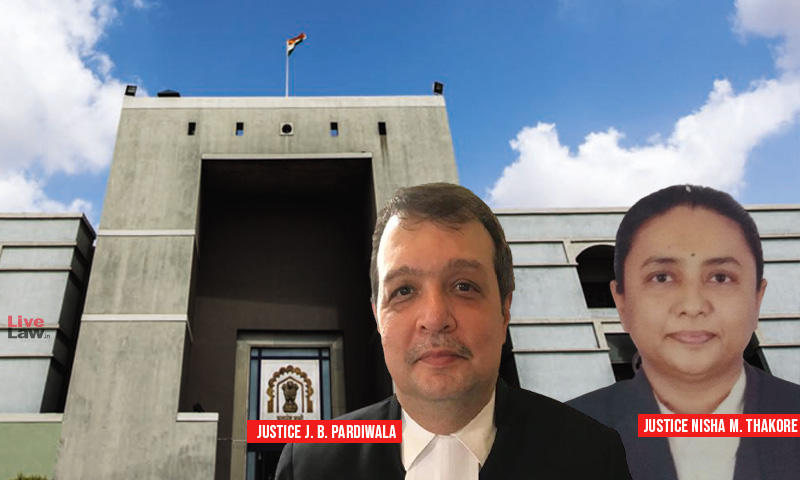 The Gujarat High Court bench of Justice J.B.Pardiwala and Justice Nisha M.Thakore has held that, as per Section 54 of the CGST Act, a claim of refund may be made directly by the recipient if he has borne the burden of tax.

It appears that separate and distinct consideration was agreed upon between the parties to the agreement for the sale of land and the construction of a bungalow on the land. As per the agreement, the writ applicant was liable to pay all taxes, including the GST. The writ applicant bona fide believed that by virtue of the clause he would be liable to pay tax under the Central/Gujarat Goods and Services Tax Act, 2017 on the consideration payable for the construction of the bungalow, as it would constitute a supply of construction services under the GST Acts.

The respondent, on the other hand, informed the writ applicant that he would be liable to pay tax at the rate of 18% GST on the entire consideration payable for land as well as the construction of a bungalow after deducting 1/3rd of the value towards the land, based on entry no. 3(if) of Notification No. 11/2017-Central Tax (Rate) dated June 28, 2017 read with para 2 of the notification.The respondent raised an invoice against the writ applicant to collect tax from the writ applicant.

The court noted that the writ applicant had deposited the amount of tax charged under the GST Acts by the supplier, i.e., the respondent, under protest, and it was clearly observed in the interim order passed by the Court that payment would be subject to the final outcome of the writ application.

"Since we have declared the impugned deeming fiction to be ultra-vires and we have read it down to be inapplicable in cases where the actual value of land is unavailable, consequently we direct the concerned GST authority to refund the excess amount of tax under the GST Acts to the writ applicant which has been collected by the respondent No.4 and deposited with the Government treasury. Such refund shall be calculated by determining the actual GST liability on the basis of actual construction value as stipulated in the agreement and such actual liability will be deducted from the total tax charged from the writ applicant and paid into the Government treasury," the court said.

The court directed that the refund is to be granted along with the statutory interest at the rate of 6% per annum which is to be calculated from the date of excess payment of tax till the date of refund. The entire process of calculating the refund and disbursing it with interest must be completed within 12 weeks.

"The writ applicant has actually borne the burden of tax and such tax was paid under protest by virtue of interim order of this Court, we are directing refund of such tax directly to the writ applicant," the court while relying on the decision of Supreme Court in the case of Mafatlal Industries Ltd. v/s Union of India, said.