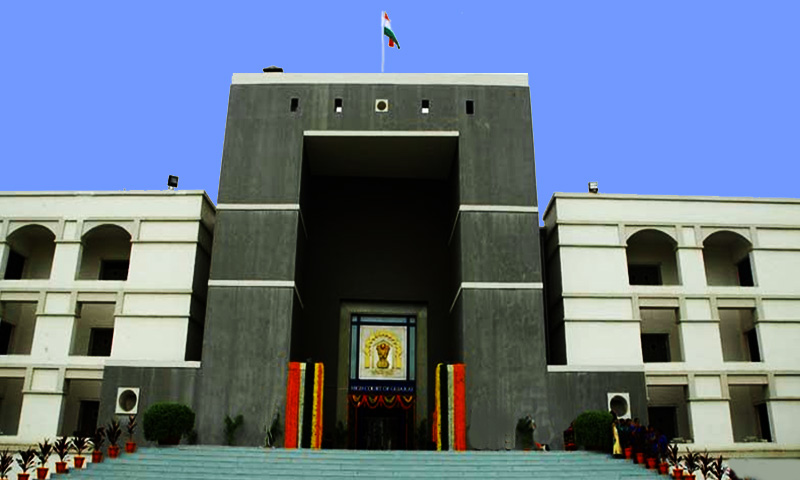 The Gujarat High Court recently granted bail to a rape-accused while observing that from the facts and circumstances of the case, it is of the prima-facie view that the alleged act was consensual in nature.

A bench comprising Justice Ilesh Vora observed that the record and photographs of the parties indicate that the parties were in good terms and the applicant was keenly interested to tie the knot with the victim.

It also observed that prior to the lodgement of FIR, the victim had submitted one complaint with Cyber Crime Authority wherein the incident of rape was not disclosed. In fact, the alleged offence took place in January 2019 but the FIR was lodged in June 2022.

The applicant-accused was booked for offences under sec 376, 323, 294(b) and 506(2). The instant application was filed challenging the decision of the Sessions Court wherein his bail was rejected.

Justice Vora observed that the victim, aged 32 years, was an architect by profession and she was rendering her services for different projects. The Applicant, the owner of the farm, had an acquaintance with the victim for the development of his farm.It was alleged that the Applicant under the pretext of visiting the construction site, invited the Applicant during lunch hours and then committed rape under the influence of some intoxicated substance. He also recorded a video and took objectionable photographs to threaten the victim to maintain the relationship. Subsequently, an amicable settlement was reached between the parties. However, the victim alleged that the Applicant continued to threaten her and therefore, the FIR was filed.

The Accused primarily emphasised the delay in filing the FIR and the fact that the Applicant had obtained divorce in 2019 from his wife. No case for Section 375 was made out. The Accused also indicated that the victim had filed a complaint before the Cyber Crime Police Station in 2019 but did not allege rape. Subsequently, when her statement was recorded, she made no allegation of rape being committed. Thus, her subsequent allegations of rape were concocted. Attention was drawn to the face that the Applicant paid INR 16 lakhs between 2018-19 to the victim and the mother of the victim also issued a cheque in 2022. However, the same was dishonoured. To impose pressure on the Application for filing an FIR under the NI Act, rape allegations were levelled against him. Additionally, the Applicant had deleted all objectionable material post the settlement and did not harass her later.

Per contra, the victim insisted that considering the nature and gravity of the offence, bail should not be granted. The Applicant had not deleted the objectionable material after the settlement and continued to text her. The investigation was at a crucial stage and the laptop and other electronic devices owned by the Applicant were yet to be recovered.

Noting that there was no evidence that the victim was being harassed by the Applicant after the compromise, the High Court refused to decline bail to the Applicant. Additionally, the monetary transactions between the parties were being examined by the concerned court under the NI Act. Further, the Court took the prima facie view that the alleged act was consensual in nature.

Mitigating factors such as the suspension of the Applicant who had a minor son to feed were also taken into account while granting bail on a personal bond of INR 10,000.Notably, the High Court restricted the Applicant from entering Banaskantha City till the deposition of the victim before the concerned Court.