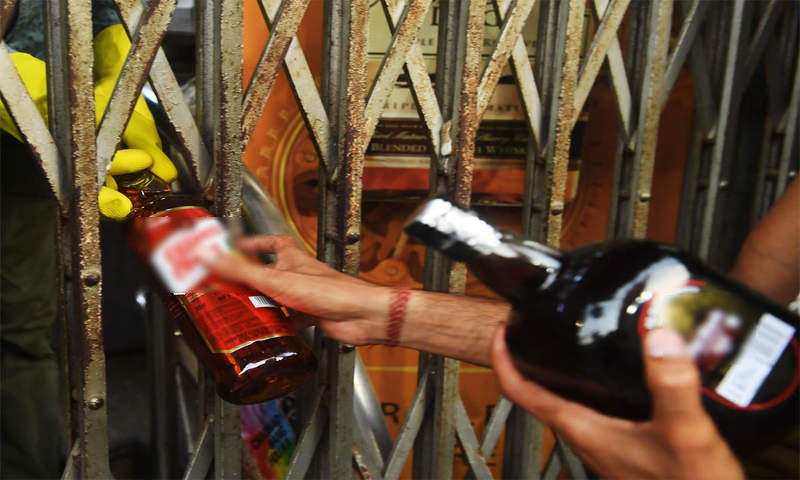 The Gujarat High Court has granted anticipatory bail to four Directors and an employee of the Amos Corporation which is embroiled in the Hooch Tragedy of July 2022. 600 litres of methyl alcohol was allegedly stolen from the company by one of its authorized personnel Jayesh Khavadiya and was eventually supplied to bootleggers. The spurious country made liquor had claimed 46 lives and...

The Gujarat High Court has granted anticipatory bail to four Directors and an employee of the Amos Corporation which is embroiled in the Hooch Tragedy of July 2022.

600 litres of methyl alcohol was allegedly stolen from the company by one of its authorized personnel Jayesh Khavadiya and was eventually supplied to bootleggers. The spurious country made liquor had claimed 46 lives and injured 82.

The High Court observed that there is no overt act or illegal omission, which could be attributed to the applicants and they may not have been complicit with the said Jayesh. Bench of Justice Nikhil Kariel further observed that since the licence to deal with the product in question has been suspended/ cancelled, there is no likelihood of any repetition of the offences in question.

Significantly, the company had offered compensation of Rs. 2.20 crore to the victims' families. However, the Court made it clear that said factor has not weighed with it for grant of relief.

The applicants, being one Managing Director, three Directors and an employee of the company, are booked under three FIRs registered for offences under Sections 302, 328, 120B of IPC and 65(a) and 67-1A of Gujarat Prohibition Act.

It was argued that invocation of Section 302 was incorrect since no such allegation was relatable to the activities of the MD. Similarly, Section 304 could not be invoked since the act was not committed with the intention of causing death. The Directors and MD were 'unnecessarily' apprehended since it had not been shown that they had knowledge that the act of sale of methyl alcohol would cause death, the counsel argued. Further Section 79 of the Prohibition Act which affixed vicarious liability was inapplicable since all due precaution was taken and the concerned employee was already in jail, it was submitted. Additionally, all relevant documentary evidence had been seized and no document remained with the Applicants.

Per contra, the APP insisted that the offence alleged was in grave and there was no evidence that methyl alcohol was stolen from the factory premises or that the Applicants had taken any action against the theft. Further, there was a shortfall of around 2,600 ltrs of methyl alcohol comparing the quantity sent and quantity received from the Company. The Company's license clearly prohibited the use of methyl alcohol for making a beverage or mixing it with the beverage. It was also submitted that at this juncture, the investigation was open and the nature of charge against the Applicants was not yet discernible.

Addressing the issue of Section 302, the High Court opined:

As regards the issue of Section 304, Justice Kariel explained:

Regarding the applicability of Section 79 of the Prohibition Act, the Court said that vicarious liability did not envisage punishment of imprisonment to any person except the actual offender under the Act.

Aside from these aspects, Justice Kariel found no apprehension that the Applicants would tamper with the witnesses. Even as large number of deaths had been caused, it could not be said that the Applicants had committed any overt act to cause the same. Consequently, the High Court granted anticipatory bail to the Applicants on a personal bond of INR 1 lac each and with a surety of like amount.