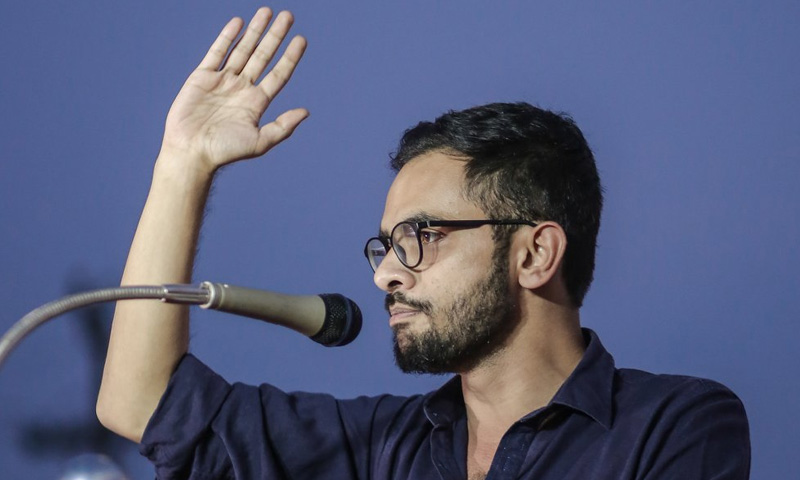 Dismissing activist Umar Khalid's bail appeal in the larger conspiracy case of Northeast Delhi riots, the Delhi High Court on Tuesday said revolution by itself isn't always bloodless and that is why a prefix - bloodless, is used with the term 'bloodless revolution'.

"This court is reminded of that although, the activity of 'revolution' in its essential quality may not be different but from the point of view of Robespierre and Pandit Nehru, in its potentiality and in its effect upon public tranquillity there can be a vast difference," said the division bench of Justice Siddharth Mridul and Justice Rajnish Bhatnagar.

During the hearing of Khalid's bail appeal in May, Khalid had been questioned by the judges for his Amravati speech of February 2020 and more particularly the words used in reference to Prime Minister Narendra Modi by him. What also had piqued the interest of the judges was the use of terms "inquilabli salam" (revolutionary salute) and "krantikari istiqbal" (revolutionary welcome) at the beginning of his speech as a greeting to invite the spirit of revolution.

Addressing Senior Advocate Trideep Pais, who represented Khalid, Justice Mridul had also asked him to look at what French lawyer and statesman Maximilien Robespierre had to say about revolution. Pais had argued that revolution can be non-violent also, and submitted there was no immediate violence after his speech.

In the judgement written by Justice Bhatnagar, the court on Tuesday said it was not impressed by the argument as the call to revolution does not have to affect only the immediate gathering.

"The call to revolution may affect many beyond those who were visibly present, which is why this court finds it apt to mention Robespierre, who was at the vanguard of the French revolution. This court is of the view that possibly, if the appellant had referred to Maximilien Robespierre for what he meant by revolution, he must have also known what revolution meant for our freedom fighter & first prime minister," said the bench.

The court added that that Pandit Jawaharlal Nehru believed that democracy has made revolution superfluous after independence and how it meant the complete opposite of a bloodless change.

"Revolution by itself isn't always bloodless, which is why it is contradistinctly used with the prefix - a 'bloodless' revolution. So, when we use the expression 'revolution', it is not necessarily bloodless," said the court.