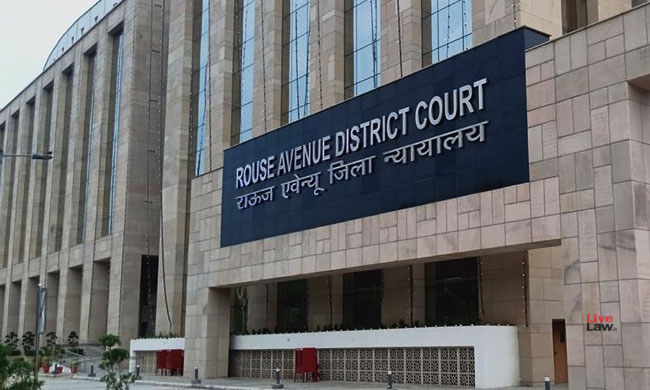 A Delhi Court has last week held that an investigating agency has no right to seek the password of the electronic device of an accused without his consent as it will be violative of Article 20(3) of the Constitution of India and Section 161(2) of the Code of Criminal Procedure.

Special Judge Naresh Kumar Laka of the Rouse Avenue Courts made the observation while dismissing an application moved by Central Bureau of Investigation (CBI) seeking password or User ID of the computer system and Tally Software of an accused.

The court observed that the accused cannot be compelled to give the said information as he is protected by Article 20(3) of the Constitution of India as well as Section 161(2) of Cr.P.C.

The judge was of the view that there is a risk of the constitutional right under Article 20(3) being jeopardized if request of the IO to seek password of an accused is allowed. Once the data is accessed by IO and if it reveals something incriminating, it may be read against the accused, the judge added.

"No doubt, a password does not itself constitute a 'self incriminating testimony' against an accused who gives such password, but from practical point of view, the said password alone is not the sole objective of the IO and in fact he wants to use it for the purpose of accessing the data which is contained in a computer system or a mobile phone which is/are seized from the accused and, therefore, the said password is to be taken as integral part of the said computer system/mobile phone which is/are not severable from it," the court said.

It was observed that while considering the status of such information being incriminating or not, the court cannot consider password alone in isolation.

"It is also pertinent to note that such data may or may not contain incriminating evidence but if there is an apprehension that it may probably contain incriminating information, the accused is within his right to maintain silence as per Section 161(2) Cr.P.C. which uses the words "tendency to expose him to a criminal charge or to a penalty or forfeiture."," the judge said.

The court further noted that the law on the question in USA is different, as evidence obtained by illegal means cannot be relied on in court of law there based on the doctrine of 'fruit of the poisoned tree'. On the argument that prosecution has every right to seek from accused his mobile phone for forensic examination, the court said the law with regard to seeking a password or biometric is different.

"Section 79(A) of the IT Act only provides a provision for establishment of laboratory for the purpose of examination of electronic record. There may be many cases where electronic record is supplied voluntarily or it is seized without compelling the accused. In that case, such laboratory is required to examine said electronic record but said provision in no way undermine the protection of Article 20(30) of the Constitution of India," the court added.

On the aspect of right to privacy, the court observed that data of an accused cannot be denied from being seized and examined by the investigating agency.

However, it added that at the same time, it is the responsibility of the IO not to disclose private information of an accused to any third person or to make it public without the consent of the accused or the lawful owner of such information.

"Although the provisions of the Information Technology Act are not applicable to the general offences under IPC or other statues but an analogy can be drawn that if an IO violates such right of privacy of an accused by disclosing private information to any third person without the consent of the accused or lawful owner or without any support of law, necessary action can be taken against such IO by the court and/or his superior officers upon raising grievances by the affected person," the court said.

It was further observed that not only does an accused person have the right to refuse to answer any question that may lead to incrimination, but there is also a rule against adverse inferences being drawn from the fact of his or her silence.

"It is evident that Section 161(2) CrPC enables a person to choose silence in response to questioning by a police officer during the stage of investigation, and as per the scheme of Section 313(3) and proviso (b) to Section 315(1) of the Code, adverse inferences cannot be drawn on account of the accused person's silence during the trial stage," the judge added.

While dismissing the application, the court however said that the IO will be within his right to access the data of the computer system and its softwares which were seized from the accused with the help of specialized agency or person at the risk of accused for loss of data, if any.