"Justice Muralidhar Is Not Only A Dreamer; He Is An Achiever": Justice L. Nageswara Rao 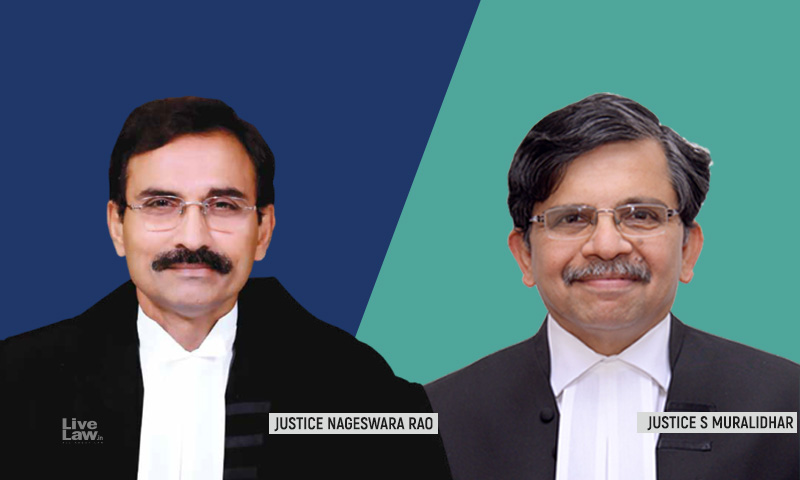 While speaking on the occasion, Justice Rao fervently praised the works done by Justice Muralidhar as the Chief Justice of Orissa High Court. He started his speech by saying that he knows Justice Muralidhar since 1995, when he (Justice Rao) shifted to Delhi for practice. He said, Justice Muralidhar starts always in the right place for the deprived sections of the society. He highlighted that Justice Muralidhar wrote a book titled 'Law, Poverty and Legal Aid: Access to Criminal Justice' when he was practising as a lawyer, where he deals with need for providing access to justice to those people who are underprivileged and who do not have the means to approach courts for procuring justice. He added,

"That apart, as a lawyer, I appeared before him in the Delhi High Court and his was one of those courts which was paperless. He and Justice Ravindra Bhat were the two judges who were having the paperless courts… I was interacting with him. We were discussing about the use of ICT in courts. Delhi High Court is much more advanced in terms of e-filing in comparison to the Supreme Court also. The good works that he has learnt in the Delhi High Court, I think he started doing it here in Odisha and all of you are fortunate to have Justice Muralidhar as your Chief Justice. He is not only a dreamer; he is an achiever."

While praising Justice Muralidhar for transforming the High Court of Orissa in the last one and half years, Justice Rao added,

"I came here a number of times to argue matters in Orissa High Court. I am going to see the High Court. He must have changed the shape of the High Court as well. I saw a video, when I participated virtually in a program where the Court (Orissa High Court) annexed mediation centre was started and soon thereafter, we started the International Arbitration and Mediation Centre (IAMC) in Hyderabad. We took tips from the video for the purpose of providing the facilities for the Centre in Hyderabad. I am very impressed with what Justice Muralidhar has done in providing such infrastructure for the State of Odisha and this would definitely go a long way in achieving whatever he has been dreaming about."