"If Poverty Is Not A Sin, Being Poor In Intelligence Too Cannot Be": Karnataka HC Directs NLSIU To Conduct Special Repeat Exam For Student 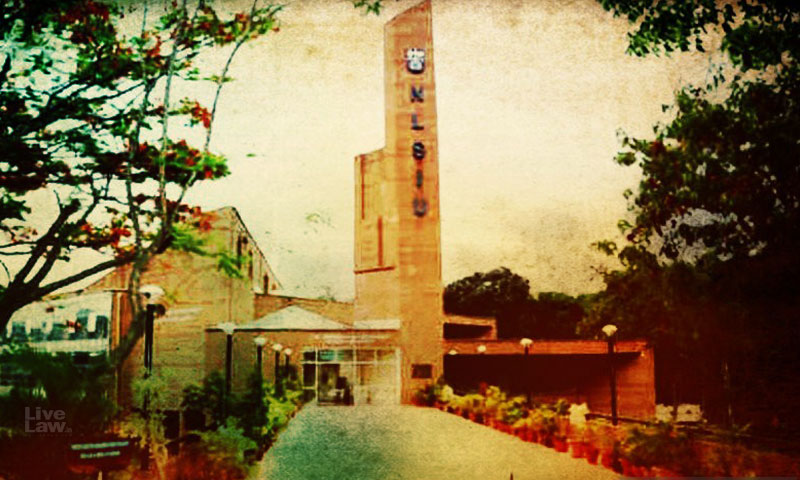 The Karnataka High Court has quashed and set aside a communication issued by the National Law School of India University (NLSIU) to one of its students by virtue of which the student was detained in the third year of the Course on the ground that he has arrears of papers and that he cannot be given the benefit of "Special Repeat Examination" Justice Krishna S Dixit while allowing...

Justice Krishna S Dixit while allowing the petition filed by AAKASH DEEP SINGH has directed the University to conduct a 'Special Repeat Examination' for the subjects in which a law student has failed, within a reasonable period.

The University is also directed to promote the petitioner to the fourth year Undergraduate Programme for the Academic Year 2020-21, by condoning the shortage of attendance if any and subject to the result of 'Special Repeat Examinations'; the respondents shall also permit the petitioner to submit the Project Assignments and undergo VIVA VOCE, as well.

Singh had challenged the email communication dated July 31 issued to him by the University. In its response the University justified its action. It was stated that as per the Academic and Examination Regulations, 2009, (AER 2009) of the University a student having the failure in more than one subject, ordinarily cannot seek refuge under the shadow of this Regulation.

However, the bench said "The conduct of the University shows that the restriction as to number of subjects, has been treated only as directory and admittedly, a few students who had multiple failures have been permitted to take up Special Repeat Examinations; that being the position, there is no reason to discriminate the petitioner by trying to place a strict construction on the subject Regulation, when it admits a purposive one."

Referring to notifications dated 04.09.2017 and 10.09.2020 issued by the University, court said "These two notifications not only show that the University treated the subject Regulation as being only directory but also stretched its meaning to benefit the "poor performers" who otherwise would not fit into the furrow of its text. After all, in a country like ours, if poverty is not a sin, being poor in intelligence too cannot be. Denial of opportunity that was made available to others similarly circumstanced, would be discriminatory & arbitrary; it offends sense of justice and causes to the aggrieved a heart-burn."

Discarding the preliminary objection of delay in filing the petition raised to the petition by the University, the bench said "When the writ petition is filed within about two months or so, of detention; during the eventful period the COVID-19 pandemic was rampant everywhere and the judiciary was treating the issue of delay & laches more leniently, also cannot be lost sight of; after all, there is no statutorily fixed limitation period for availing the writ remedy, and there cannot be one."

The University had also contended that the AER 2020 being at place now, petitioner cannot bank upon AER 2009. To which the court said "The right that has accrued to a student under AER 2009 cannot be silenced in the absence of a specific intent in the subsequent Regulations."

It added "No provision in the 1986 Act (National Law School of India University Act) has been shown which empowers the respondent-university to frame delegated legislations of the kind, with retrospective effect; apparently, the text of the new Regulations shows

that they have prospective effect, consistent with the conventional presumption; the contention that these new Regulations have been promulgated after notifying the students at their formative stage, is a poor solace, bereft of legal content & efficacy."

Allowing the petition the court clarified that "The above relief having been granted to the petitioner in the special circumstances of the case, is not intended to be a precedent."