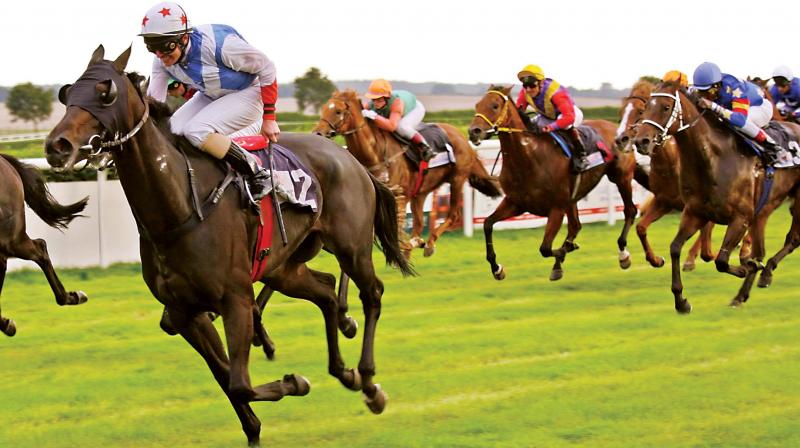 Allowing the petitions filed by the Bangalore Turf Club Limited and Mysore Race Club Limited the court said "The petitioners shall be entitled to all consequential benefits that flow from the aforesaid orders."

The petitioners had primarily moved the court challenging the legislative intent of making the petitioners liable to pay Goods and Services Tax ('GST' for short) on the entire bet amount received by the totalisator.

Further, it was said "after the CGST regime began, an amendment was brought into Rule 31A by insertion of Rule 31A(3) to the CGST Rules. The amendment made GST payable by the petitioners on the amount of bet that gets into the totalisator."

Senior Advocate Vivek Reddy.K contended that "Rule 31A (3) violates Article 246A read with Article 366 (12A) of the Constitution and exceeds the constitutional mandate given to the Parliament and Legislature to levy tax only on the supply of goods and services on the principle that if there is no supply there is no tax".

He also argued that "Rule 31A (3) in effect imposes tax on the petitioners on the entire bet value without the petitioners supplying any bet, thus violating constitutional mandate of Article 246A.

Finally he had said "The impugned Rule 31A(3) is ultra vires Section 7 of the CGST Act since the supply of bets is not in the course or furtherance of petitioners' business and is made liable to pay tax. The impugned Rule exceeds the mandate under Section 7 by levying GST on the amount that is not received by the petitioners as consideration."

A single bench of Justice M Nagaprasanna first noted that "The tax is only on the supply of goods and services; on a value determined under Section 15 of the Act which deals with the value of taxable supply."

It added "Rule 31A(3) in the form that it is, perforates the nexus between the measure of tax and the taxable event as the fully paid value into the totalisator is directed to be assessed for payment of GST under the Act. Therefore it becomes necessary to consider Rule 31A(3) qua the activity of the petitioners and that becomes the kernel of the entire issue."

Then the court referred to a judgment passed by the The Court of Appeal of Queen's Bench Division in the case of TOTE INVESTORS, in which it was held that "The Court of appeal clearly held that a contract by a backer who puts money into totalisator is not a contract by way of gaming or wagering."

It also noted that the game of racing as held by the Apex Court following the law of Queen's Bench is that it is a game of skill. The Apex Court also observed in the case of Dr. K.R.LAKSHMANAN v. STATE OF T.N. AND ANOTHER [(1996) 2 SCC 226], that the club earns nothing but a commission which at that point in time was 5%.

The court then went on to say that "A totalisator does not indulge in betting. In my opinion, betting is neither in the course of business nor in furtherance of business of a race club for the purposes of the Act. Petitioners hold the amount received in the totalisator for a brief period in its fiduciary capacity. Once the race is over the money is distributed to the winners of the stake. It is for a certain period between input of money by the participants and the output of money to the winners of stake during the race the petitioners hold that money in its fiduciary capacity for which the consideration that the petitioners receive is the commission."

Following which It observed "Rule 31A(3) completely wipes out the distinction between the bookmakers and a totalisator by making the petitioners liable to pay tax on 100% of the bet value."

Apart from this, the court went through the statement of objections filed by the state government in which they admitted that irrespective of the result of the race, petitioners receive consideration in the form of commission. The court said "Thus, on the very understanding of the Government, inter alia the action impugned, is rendered unsustainable."

The court opined that "The act which deals with supply of goods, consideration, business would not apply to the function of the totalisator. Making the entire bet amount that is received by the totalisator liable for payment of GST would take away the principle that a tax can be only on the basis of consideration even under the CGST."

It added "The consideration that the petitioners receive is by way of commission for planting a totalisator. This can be nothing different from that of a stock broker or a travel agent - both of whom are liable to pay GST only on the income - commission that they earn and not on all the monies that pass through them. Therefore, Rule 31A(3) insofar as it declares that the value of actionable claim in the form of chance to win in a horse race of a race club to be 100% of the face value of the bet is beyond the scope of the Act."

Accordingly, the court held "Article 246A which introduced the Goods and Services Act, 2017, the Goods and Services Act, 2017, the definitions and other provisions of the Act do not bring in the activity of the petitioners under the ambit of the Act. Rule 31A(3) travels beyond what is conferred upon the Rule making authority under Section 9 which is the charging section, by way of an amendment to the Rule. The totalisator is brought under a taxable event without it being so defined under the Act nor power being conferred in terms of the charging section which renders the Rule being made beyond the provisions of the Act. The same follows to the impugned KSGST Rules which are identical to the impugned CGST Rules. Therefore, Rule 31A(3) which does not conform to the provisions of the Act will have to be held ultra vires the enabling Act and consequently opens itself for being struck down."

Advocate M.R.VANAJA, FOR R2 AND R3