Karnataka Home Guards Can Be Suspended Without Prior Notice: High Court 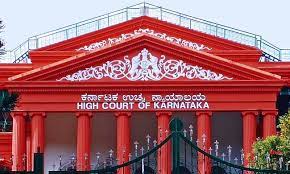 The Karnataka High Court has refused to interfere with an order suspending a Home Guard without prior notice following registration of a FIR against her. A Single judge bench of Justice S G Pandit said,

The Petitioner had approached the High Court against the order of Director General of Police and Commandant General Home Guards suspending the petitioner on the ground that a criminal case is registered against her under Sections 498A, 323, 504, 506 and 343 read with Section 34 of IPC.

Though the petitioner was granted bail, in the meanwhile, an order for her suspension came to be issued.

The bench noted that Home Guards belong to a Disciplined Force. Further, it said that suspension is not a punishment. It therefore disposed of the matter with a direction to the respondent to consider the representation given by the petitioner.