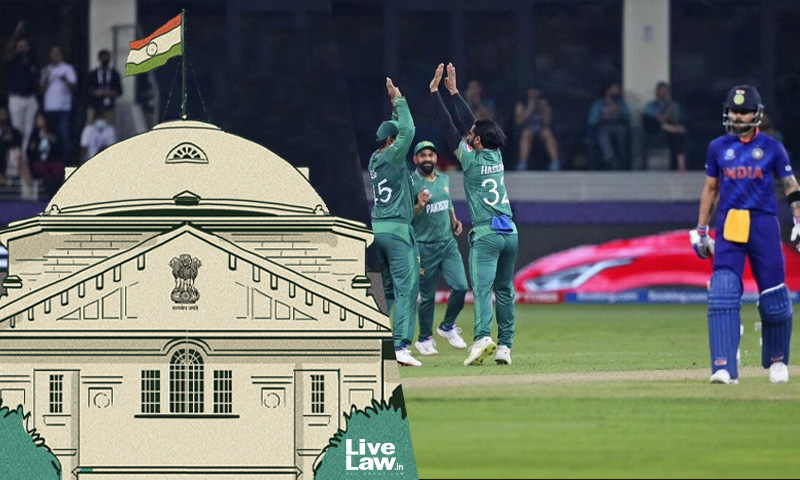 The three Kashmiri students who were arrested in October on sedition charges for allegedly raising pro-Pakistan slogans following Pakistan's victory in a T20 Cricket World Cup match against India have been granted bail by the Allahabad High Court.The Bench of Justice Ajay Bhanot granted bail to three students, Arsheed Yusuf, Inayat Altaf Sheikh, and Showkat Ahmed Ganai, who are all...

The three Kashmiri students who were arrested in October on sedition charges for allegedly raising pro-Pakistan slogans following Pakistan's victory in a T20 Cricket World Cup match against India have been granted bail by the Allahabad High Court.

The Bench of Justice Ajay Bhanot granted bail to three students, Arsheed Yusuf, Inayat Altaf Sheikh, and Showkat Ahmed Ganai, who are all students of an engineering college in Agra and were arrested on October 27 by Agra Police.

The three were booked under IPC Sections 124 A (sedition), 153-A (promoting enmity between different groups) and 505 (1)(B) (with intent to cause, or which is likely to cause, fear or alarm to the public, or to any section of the public), and 66-F of the Information Technology Act for allegedly sending WhatsApp messages "against the country" after the match.

It may be noted that the Applicants had moved directly to the High Court with their bail plea and they did not move any application before the Agra Court, as reportedly lawyers' association in Agra had refused to represent them.

Along with the bail plea, the students had also moved an application seeking transfer of the trial of the case from Agra to Mathura Judgeship. In this regard, their application had averred thus:

"…the right to get legal assistance as well as fair and impartial enquiry/ investigation to such an accused as guaranteed under Article 21 of the Constitution of India and the entire bar of Agra judgeship is not ready to appear on behalf of the applicants before the court and defend the case on their behalf by filing bail application, thus under such circumstances, the applicants have no other remedy except to seek transfer of their case"

[NOTE: This Transfer plea is presently pending before the Allahabad High Court, however, the bail plea has been disposed of and allowed today.]

Averments in their bail plea

At the outset, the bail applications had submitted that in the FIR, the only allegation against the applicants, is that they raised slogans Pakistan Zindabad and also slogged against India but there is no evidence as to what words have been used against India.

Under such circumstances, the plea avers, if the allegations made in the FIR are taken to be true, without admitting the same, no offence is made under IPC Sections 124A, 153-A, and 505 (1)(B), and 66-F of the Information Technology Act.

Regarding the invocation of 124A IPC (Sedition) provision against the applicants, the plea stated thus:

Further, the plea also submitted that the Advocates of District Bar Association Agra had convened a meeting and decided that none of the counsels of Agra Judgeship would handle the case of accused persons nor give any legal assistance to them.

"That when the Advocates of District Bar Association, Agra are not ready to contest the case of applicants, the question arises that how and under what circumstances, the accused/applicants would contest their case, the only answer is to transfer the instant case in adjoining district i.e., Mathura," the plea avers as it prays that their bail application be heard directly by the High Court.

Seeking transfer of the Case, an application filed by them stated thus:

"…if the instant case of the applicant is not transferred to District Mathura, the accused/applicants cannot contest their case and also cannot take proper legal assistance and in absence of that they would remain behind the bars for an unlimited period."

The plea had also claimed that the students are being given a constant threat to their lives, if they try to contact any of the members of the Agra Bar Association.

Case title - Inayat Altaf Shekh And 3 Others. v. State Of UP and Another