'He Has Right To Privacy': Kerala HC Asks ED Why Thomas Issac Should Produce Documents Of His Assets At First Instance 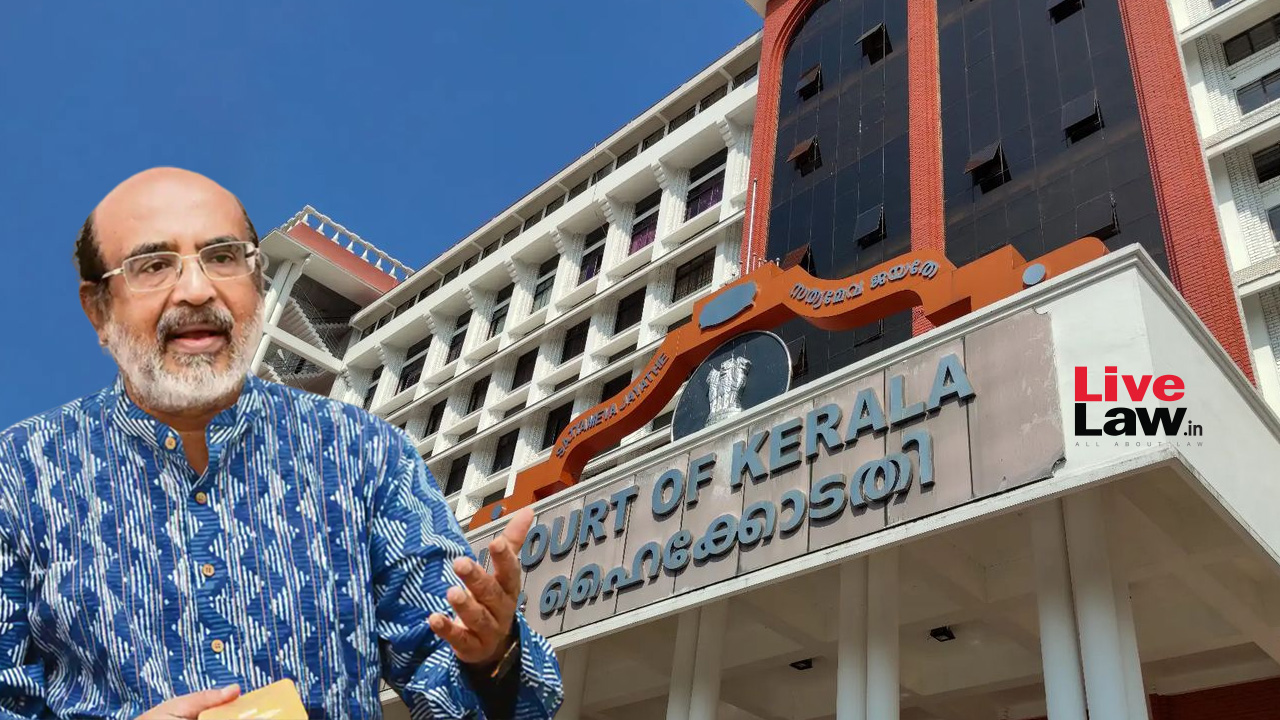 The Kerala High Court on Thursday asked the Enforcement Directorate to explain why former Finance Minister of Kerala Dr Thomas Issac was asked to produce private information regarding his assets at this preliminary stage of the case, particularly when he was not even an accused or suspect yet.

Justice V G Arun raised the question while hearing the plea filed by Issac against the proceedings initiated by the ED seeking his appearance in connection with the financial transactions of the Kerala Infrastructure Investment Fund Board (KIIFB). Thomas had submitted in his writ petition that the central agency had asked him to produce the details of his properties, both moveable and immoveable, as well as those of his family members

"He has a right to privacy and it can only be breached in accordance with the procedure established by law. At the first instance, at the preliminary stage itself, can you ask for all these details? What is the material before you to conclude that all these materials should be produced?..I want an answer as to why you need the documents you asked for. On that, I find there is a point to be considered. Of course if it is an accused or a suspect, that is reasonable. But to ask someone to produce all this private information, this has to be explained."

The bench also pointed out that the first summons issued to Thomas Issac did not ask for the information about his assets. "Why the sudden change? The first summons does not mention the allegations raised in the second one", Justice Arun asked.

Since the Centrral Government Counsel sought more time to respond to these questions, the matter has been posted to Wednesday for further consideration.

In the petition, Issac had alleged that the ED, without disclosing the real nature of the investigation, had asked him to appear today to explain his role in the KIIFB. Though the summons mentions provisions of the Foreign Exchange Management Act and the Income Tax Act, it does not reveal what are the violations to which the petitioner is required to respond.

Senior Counsel Sidharth Dave appeared on behalf of Issac today and argued that the ED has to give information as to what contravention he has committed.

"Although they claim the enquiry is into KIIFB and not into me, the summons makes it seem otherwise. Now they are searching for the contravention. Find the contravention, and then I'll give all the info asked for. I am dutybound to comply but in this case what is the contravention? I'm kept in the dark "

When the Senior Counsel submitted that the ED was issuing summons after summons without establishing that Issac had committed a crime, the Judge observed that summons can also be issued even to a witness.

Central Government Counsel Jaishankar V. Nair appeared for ED and clarified that the petitioner was not an accused at the moment and there is no threat to the effect yet. It was also argued what apprehension Issac could have in merely appearing and convincing the investigating team that the documents we asked for are not required.

The matter will be taken up next Wednesday.

The former Minister states that KIIFB is a statutory body under the Kerala Infrastructure Investment Fund Act and his role has been in accordance with the statutory provisions. The details pertaining to KIIFB and his role are available in the public domain.

The petitioner also alleges that before the summons was actually served on him, it was leaked to the media, giving "political overtones" to the issue. In relation to the issuance of Masala Bonds by the KIIFB in May 2019, Issac states that the same was done with the requisite permission of the Reserve Bank of India and there is no violation of the provisions of the Foreign Exchange Management Act (FEMA). It is mentioned that companies like NTPC and HDFC have also raised funds through issuing Masala Bonds.

"Such unwarranted fishing and roving enquiry into the activities of a body corporate duly incorporated under the relevant statute enacted by the State Legislature, functioning in accordance with the provisions of the said statute as well as other statutes is in violation of the federal structure under the Constitution", the petition states.

It is also said that the ED had repeatedly summoned the Chief Executive Officer, Deputy Managing Director, Joint Fund Manager and Assistant General Manager of KIIFB over a period of one and a half years starting from March 2021. As KIIFB is extending financial assistance to various development projects in the State, repeated interference by the ED will affect the body's fund mobilization efforts.