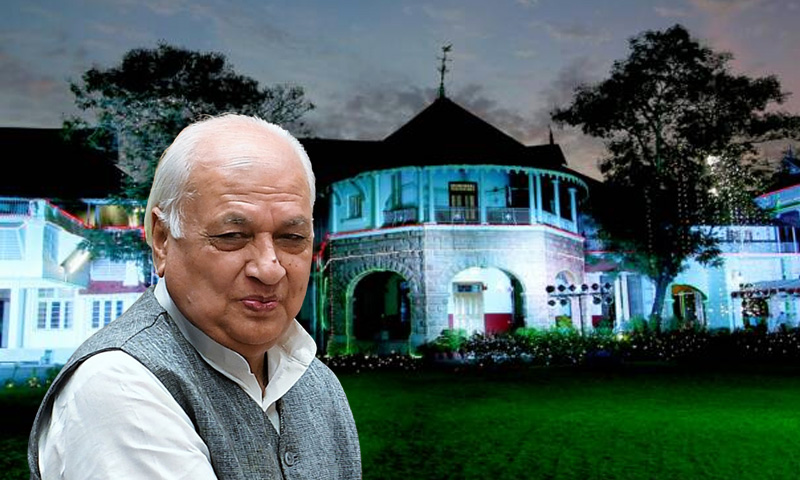 The Kerala High Court on Wednesday dismissed the plea filed by a lawyer challenging the action of the Governor of Kerala withholding bills passed by the State legislature indefinitely, and without adopting any of the courses envisaged under Article 200 of the Constitution.

The Court obseved that it cannot Court cannot fix a time limit for the Governor to give assent to bills.

The Court in the instant case was dealing with the plea filed by Advocate P.V. Jeevesh, in which it was averred that a constitutional imbroglio had arisen in the State due to the non-exercise of discretionary powers by the Governor on the Bills presented by the State Legislature. The petitioner averred that the Legislative Assembly of the State of Kerala had presented several bills before the Governor for his assent, but the bills were pending and at a standstill, since the Governor has not given his assent, nor has he exercised any of the options available under Article 200 of the Constitution.

The petitioner averred that on his enquiry, he was able to ascertain that there were presently 6 Bills pending consideration of the Governor, all of which had been passed by the Legislative Assembly of the State months ago.

The petitioner submitted that it is the constitutional obligation of the Governor to either give assent to the Bill or to send it back for reconsideration or reserve it for consideration by the President of India, but no such action has been taken on the Bills referred to him, so far.

"The action of the Governor is antithetical to the democratic values, ideals of the cabinet form of Government, and principles of democratic constitutionalism", the petitioner avers.

The petitioner further averred that the Governor of the State or the President of India had no unbridled or unfettered discretion to keep the bills which are passed by legislative bodies, for an indefinite period. The petitioner pointed out that the Governor had to exercise his discretionary power without undue delay, and not adopting the courses envisaged in the Constitution, rendered his actions mala fide, arbitrary, and ultra vires to the democratic values and against the scheme envisaged in the Constitution.

"Since his office is a gubernatorial constitutional functionary, he is expected to act more fairly, cautiously, responsibly, and circumspectly. But it is seen that he is acting with a political agenda", the petitioner alleged while also pointing out that the Governor had openly declared on several platforms, including print and visual media, that he would not assent to the Bills.

The petitioner further averred that the use of the phrase "that he withholds assent therefrom" in Article 200 of the Constitution is also undemocratic, unjustified, unreasonable, and liable to be struck down, since Supreme constitutional functionaries sometimes misused the same for their vested interests. The petitioner also pointed out that the phrase "as soon as possible" in the proviso to Articles 200 and 111 of the Constitution was also done without any detailed discussion in the Constituent Assembly, which did not hold much discussion on the aspect of fixing time frame within which the President or the Governor ought to exercise their discretionary powers. The petitioner also pointed out that in spite of various Commissions such as the Sarkaria Commission and the Punchhi Commission making recommendations regarding time limits for bills, the same are yet to be implemented. The petitioner also drew the attention of the Court to the recent decision of the Madras HC which reminded the Governor of the State of Tamil Nadu, that he had to discharge his constitutional obligations as governor with respect to assent of Bills.

"If we look at the past, we see several instances of holding the bills by the heads of States. This action of the Governor defeats the will of the people since the State legislature represents the mandate of the people. The bills are presumed to be for the welfare of the people of the State. The functioning of the State cannot be curtailed indirectly and rendered inutile by the actions of the Governor, a Union Government employee", the petitioner submitted.

In this light, the plea sought the Court to hold that the actions of the Governor in withholding the bills indefinitely without exercising the discretionary powers under Article 200 as arbitrary, contumacious, despotic, and antithetical to constitutional values, and that he has no power to withhold such bills ad infinitum; declare that the Governor shall exercise the discretionary powers under Article 200 on the legislative bills presented by the State Government within a period of 2 months; to strike down or delete the phrase 'or that he withholds assent therefrom' from Article 200, and prescribing a time limit within which the discretionary powers are to be exercised; to issue a writ of mandamus to the respondents to consider and take a decision about the Constitution amendment with respect to prescription of time for exercising discretion; and to issue a direction in the nature of recommendation, suggestion or judicial advice, to enforce by appropriate amendment to the Constitution, the recommendations of the Sarkaria Commission, National Commission for Review of Working of Constitution, Punchhi Commission in this regard.