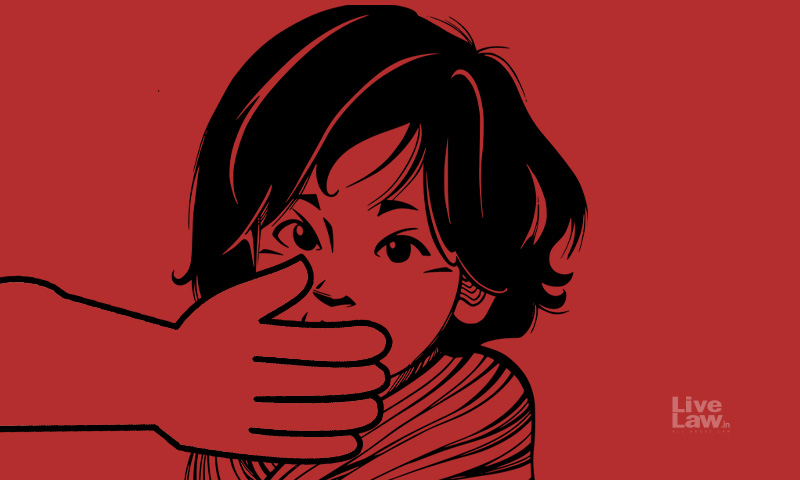 The Kerala High Court recently reduced the sentence of a man, who sexually assaulted his daughter, from imprisonment for life under Sections 376 and 377 IPC to imprisonment for 10 years under Section 377. While doing so, the Court cited the concept of 'residual doubt'."There is evidence of sexual molestation; but not with the severity and frequency as spoken of by the prosecutrix. The...

"There is evidence of sexual molestation; but not with the severity and frequency as spoken of by the prosecutrix. The family also has a different version and there is the compelling factor of the prosecutrix having informed the family after the very first instance and the family having shifted her residence. These aspects give rise to the residual doubts...," the Division Bench comprising Justice K Vinod Chandran and Justice Ziyad Rahman AA said while partially allowing the man's appeal against conviction.

However, it slammed the appellant for his misdeed. "In the instant case, the victim is a young girl and the accused is her father, a clear case of Protector turning predator."

The appellant had approached the Court alleging inconsistencies in the case of prosecutrix and prayed for reversal of the conviction as found by the trial court.

The victim had initially complained of digital penetration by her father, which was later supplemented to penile penetration. Upon perusal of all the evidence on record, the Court found that the allegation of penile penetration was an after-thought and embellishment, thereby reducing the appellant's sentence.

The victim was a school-going girl who lived with her five siblings. She alleged that in the year 2012, she was molested by her father on repeated occasions.

She lamented that on most days, her father came home drunk and sexually assaulted her. It was also submitted that she did not divulge her travails earlier because of the threat of suicide levelled by her father.

According to her, she had spoken to her mother about the molestation, which was not taken seriously. This statement was put forth to justify the delay in filing the FIR.

When the episodes became frequent, the prosecutrix allegedly informed about the same to her elder sister who has married. Accordingly, she was taken to her sister's marital home after the last incident.

Since she was at her sister's marital home, she could not attend school for the said period. The Headmaster noting her absence from November 2012, removed her name from the rolls.

However, in February 2013, she came back to the school and was accordingly readmitted.

When asked the reason for her continued long absence, she informed the Headmaster that she was subjected to harassment by her father and hence was shifted from her parental residence to her sister's marital home.

Shocked by the confession, the school authorities immediately informed the incident to the Child-line, who arrived at the school for examination.

The medical examination findings were that there was no general or genital injury but the hymen showed an old tear and passed the two-finger test. The doctor opined that there was no evidence of recent sexual harassment, but indications of penetration were present.

Advocate Lavaraj M.G. appeared for the appellant and submitted that the victim does not have a consistent case and that this reveals the falsity of the allegations. It was further pointed out that the mother and brother of the victim had turned hostile.

It was also contended that there is a gross delay in the registration of the crime.

Reliance was placed on Santosh Prasad v. the State of Bihar, (2020) 3 SCC 443 to argue that when there are material contradictions in the evidence led by the prosecution and there is a delay in lodging an FIR, a conviction cannot be sustained.

Special Government Pleader (Atrocities against women and children) Ambika Devi appeared for the State and cautioned the Court from showing any indulgence to such depraved people who turn their lascivious eye on their children, that too of tender age.

The State also pointed out that the legislature, keeping in mind the increase of such crimes of depravity, brought in comprehensive amendments bringing various sexual acts under the definition of rape and substantially enhancing the punishment, to even death in cases of abject depravity; inter alia of minor children being subjected to rape by their guardians.

Justifying the hostility of the victim's mother, it was pointed out that she was only shielding the father. The attention of the Court was also invited to the fact that the mother had signed on the FIS given by the daughter.

Upon considering the materials on record, the Court found that the evidence led on certain aspects can be said to be inconsistent.

"Considering the nature of the allegations and the relationship between the parties, this Court has to carefully scrutinize the evidence to find whether the inconsistencies are gross enough to doubt the credibility of the prosecutrix and disbelieve her on the specific allegation of sexual molestation."

However, it condemned the act of the appellant and similar instances happening around the country.

"Gamekeeper turns poacher is how the Hon'ble Supreme Court described instances of rape on children by their own guardians in State of Himachal Pradesh v. Asha Ram [(2005) 13 SCC 766]."

Nevertheless, when an allegation of sexual molestation is made against the father, the Court failed to see why penile penetration was hidden for fear of the perpetrator committing suicide.

On this ground, considering several other inconsistencies, the Court was compelled to find the allegation of penile penetration to be an embellishment, which it said cannot be reckoned as against the accused and he cannot be charged for the offence of rape under section 376 IPC.

Coming to the question of digital penetration, although the mother and the brother of the prosecutrix had turned hostile, it was held that the same would not result in the rejection of the entire evidence of the other witnesses.

"It is trite that the principle of 'Falsus in Uno Falsus in Omnibus' has no application to this land and the evidence of hostile witnesses need not be totally eschewed."

Therefore, it was held that despite the finding that penile penetration is an after-thought and embellishment, concerning digital penetration, the evidence of the prosecutrix was very clear.

Referring to the Apex Court decision in Ashok Debbarma v. State of Tripura, (2014) 4 SCC 74, the Court found that the matter raises a 'residual doubt' in its mind.

In the said case, the Supreme Court had explained 'residual doubt' to be a state of mind existing somewhere between 'beyond reasonable doubt' and 'absolute certainty'.

"As mentioned before, there is evidence of sexual molestation; but not with the severity and frequency as spoken of by the prosecutrix. These aspects give rise to the residual doubts as spoken of by the Hon'ble Supreme Court and hence we are compelled to modify the sentence."

Residual doubt is a mitigating circumstance.

The trial court had imposed separate sentences for imprisonment for life under Sections 376 and 377 IPC and a fine amount of Rs.25,000/- each, with the default sentence on the appellant.

The High court has modified the sentence to 10 years under Section 377 of the IPC while upholding the fine imposed by the trial court with a default sentence.  The conviction and sentence under Section 376 of IPC have been reversed.