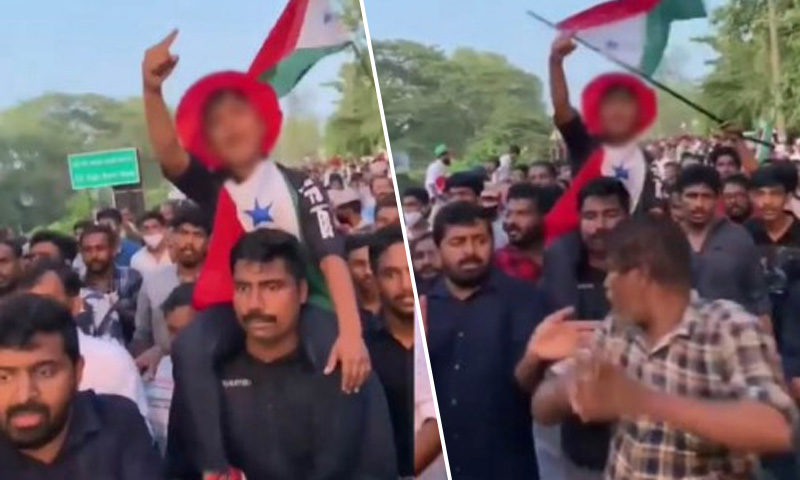 The Kerala High Court on Friday observed that rally organisers were equally responsible if any controversial remarks/slogans are made during the rally disrupting the peace of the society.

Justice P.V. Kunhikrishnan directed the police to take appropriate actions against the rally organizers. The court made the observations in a plea for a prohibition on public conferences, marches, mass drills, and motorcycle rallies in the 'Jana Maha Sammelanam' conducted by the Popular Front of India (PFI) last Saturday in the Alappuzha district.

If a member of a rally raises provocative slogans, the persons who organized the rally is also responsible. If a rally is conducted, it is the duty of the leaders to control the members of the rally. Whether the members of the rally raised the slogan with the knowledge of the leaders or whether there is any connivance between the leaders who organized the rally with the persons who raised provocative slogans is a matter to be investigated by the police. Prima facie, they are responsible. So they should be implicated as accused in the case and the police should investigate the matter. But I make it clear that, the police should investigate the matter untrammeled by any observation in this judgment. The police officers will do the needful in accordance with law against all persons who are responsible for the same. With above observation, the writ petition is closed.

The Deputy Superintendent of Police, Alappuzha also informed the court that crime has been registered by the Alappuzha police against both Bajrang Dal and the Popular Front of India in light of the provocative slogans made during the rally organized by the Popular Front.

When the case was taken up last week, the Court had directed the District Police Chief of Alappuzha to ensure that no law and order problems surface at the said march and to consider the petitioner's representation alleging that unless the programmes scheduled by the PFI and Bajrangdal are prevented, there is every chance for communal clashes in the district.

The petitioner had moved the Court through Advocate Sreekumar G. Chelur alleging that the district of Alappuzha had faced violent clashes during the last few months, citing several political murders by cadres belonging to rival political organizations. The brutal attacks also witnessed subsequent inflammatory speeches, which led to the registration of crimes in different police stations in the district, he argued.

Despite the district being still volatile for further attacks, the respondents have allegedly not taken effective steps to curtail the same, the petitioner alleged.

Meanwhile, the Kerala State Committee of PFI announced that it will be conducting 'Jana Maha Sammelanam' at Alappuzha on 21.05.2022. A Volunteer March of the Cadres of the Popular Front of India, in their uniform, is also scheduled to be held on the said date. It is understood that Cadres of the PFI from all the districts of Kerala will be assembling in the district. National leaders and leaders from other states are also excepted to address the conference, it was averred.

The petitioner submitted that the cadres of the Popular Front of India have been convicted and accused in different murder cases. Further, the recent attacks and the subsequent inflammatory speeches reveal that the entire district of the Alappuzha is still volatile to communal clashes.

It was also submitted that considering the threat posed by these programs, the petitioner had filed a representation before the District Police Chief seeking his indulgence in the issue and to prevent the programs scheduled by the rival organisations. However, the respondents have allegedly not taken any action to prevent the programs.

Aggrieved by the inaction on the part of the respondents, the petitioner moved the Court praying that the respondents be directed to ensure that no processions, Marches, Mass Drill, Motor Cycle Rally etc. are being conducted by the Popular Front of India or Bajrangdal at Alappuzha District, pending disposal of the writ petition.