Court Can't Say Who Should Be Given Arjuna Award: Kerala High Court Directs Renjith Maheshwary To Make Representation Before Centre 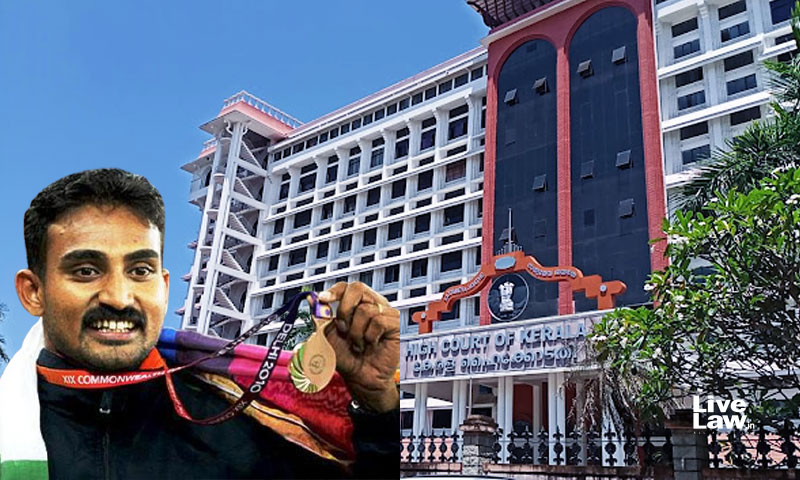 The Kerala High Court on Tuesday disposed of the plea moved by the Olympian national record holder in triple jump Renjith Maheshwary challenging a press release issued by the Secretary, Department of Sports withholding the Arjuna Award previously conferred to him.

Justice P.V. Kunhikrishnan asked Maheshwary to submit a representation along with all the documents available with him to the Centre for it to reconsider his grievance within 4 weeks and directed the Centre to decide on the same within 2 months.

"I think the matter can be reconsidered by 1st respondent (Union of India). The petitioner can be allowed to submit a representation narrating his grievance in detail within 4 weeks of receipt of this judgment after producing all documents available with him. The 1st respondent will consider and take appropriate steps in accordance with the law and the decision should be intimated within two months from the date of filing the representation."

When the matter was taken up initially, the Court asked orally why he needed an award for recognition since he was already well-respected among the public. "Everyone knows about you. Why do you want an award? Even otherwise everyone respects you," the Judge orally remarked.

"How can the Court say that you should be given an Arjuna Award? That can't be done."

However, the Court noted that the matter should be reconsidered by the first respondent since if the averments in the writ petition are correct, it is really an insult and humiliation to an athlete.

"If the petitioner is eligible for the Arjuna award, the same should not be denied without valid reasons. The country can honour an athlete only in that manner. Lapse of time is not a criteria to deny an honour if the petitioner really deserves it. For that purpose, the petitioner can be allowed to submit a representation narrating his grievance in detail to the first respondent. If such a representation is received, the first respondent will consider the same and take appropriate action in accordance with law, within a time frame."

The main allegation raised by the petitioner is that after being informed he will be conferred with the Arjuna Award for Athletics, 2013 at Rashtrapati Bhavan, just before the award ceremony, he was informed orally by the Secretary to the Sports Department to withdraw from the ceremony.

Thereafter, the Department issued another press release mentioning that the award has been kept in abeyance pending investigation about an alleged suspension and ban in 2008 doping charges during the 46th National Open Championship held at Kochi.

The plea filed through Advocate Arjun Varma stated that the petitioner was never informed about the said doping charges during 2008-2009 or about the punishments. It was argued that he had not been visited with any kind of disciplinary action in his athletic career.

"Apart from Exhibit-P4 press release, there was no official communication either to the petitioner or to his parental institution regarding the alleged suspension and or restrictions from the national game as alleged in Exhibit-P4."

In fact, during the alleged period of suspension and ban, the petitioner says he was undergoing training with the Director-General of Sports Authority and that the Centre was meeting his expenses.

The plea says that thereafter from April 2009, he had joined the national camp under the aegis of the Athletic Federation of India (AFI) to participate in the Olympics and Commonwealth Games, implying that there was no ban imposed on him.

Another interesting argument put forward by the petitioner is that contrary to the information issued in the press release, the 46th National Athletic Championship was held not in Kochi, but in New Delhi. It was the 48th National Championship that was held at Kochi.

He had returned from Beijing Olympics a few days before the 48th National Championship and won a gold medal in triple jump. His performance was recorded as 15.35 meters which was far below his usual performance during the relevant period. The result is still available on the website indianathletics.in.

Due to the variations in climate and long hours of travel from Beijing, he had developed a throat infection and cough. Accordingly, he consulted a Government Doctor in Chennai and reported the same to the authorities as seen reported in Mathrubhumi daily on 08.10.2008.

He argued that contrary to what is stated in the press release, there was no communication to him or to his knowledge, his parent institution, the Indian railway regarding the presence of a specified substance in the sample collected from the petitioner during the said event from Kochi.

It is submitted that during that period petitioner was informed by his doctor attached to AFI that Ephedrine had been detected in the sample and the petitioner submitted the medical certificates issued by the Government doctor in Chennai.

Another contention raised by Maheshwary is that in 2008, the Director of the National Dope Testing Laboratory who conducted the analysis of the sample was not having the accreditation of the World Antidumping Agency and there was no standard operating procedure during that time.

When the Laboratory received accreditation in 2009, a list of sportspersons found to have used prohibited drugs was published. But Maheshwary's name was not on the list.

The persons whose names were there in the published list of dope tainted sports persons were bestowed with Arjuna Award in 2005 and 2021. Aggrieved by this, the petitioner had requested records pertaining to the dope allegations through the Right Information Act but his efforts went in vain.

It was also mentioned in the Press Release that a letter of communication was sent to him stating that he had been disqualified from the tournament and was put to ban for 3 months. However, the petitioner denied these statements. He argued that even taking the said statement at face value, it is highly superficial to say the information about the ban was only communicated to him after the ban period was over.

"It is with utmost pain and grief that the petitioner and his wife are subjected to continuous taunting from various statures of the society about the fake and arbitrary doping charges of the year 2008, which was inculpated upon the petitioner in 2013 by Exhibit-P4 press release. It was to the startle of the petitioner that such a charge arouse out of nothing," the plea reads.

Under the above circumstances, the records leading to the press release is liable to be quashed, it is argued.

Accordingly, the petitioner has prayed that the Court direct the Secretary to revoke the decision to cancel the Arjuna Award that was originally conferred upon him.

The plea has also sought a directive to the respondents to produce the list of sportspersons who had violated doping rules and against whom action was taken by them during the period 01.01.2003 to 31.12.2008 in a sealed cover before the Court, pending disposal of the petition.

The three-time Olympian had applied for the Arjuna award recently in September 2021 as well after a recent modification making those who have completed their bans for doping eligible for the award. However, this was not considered either.